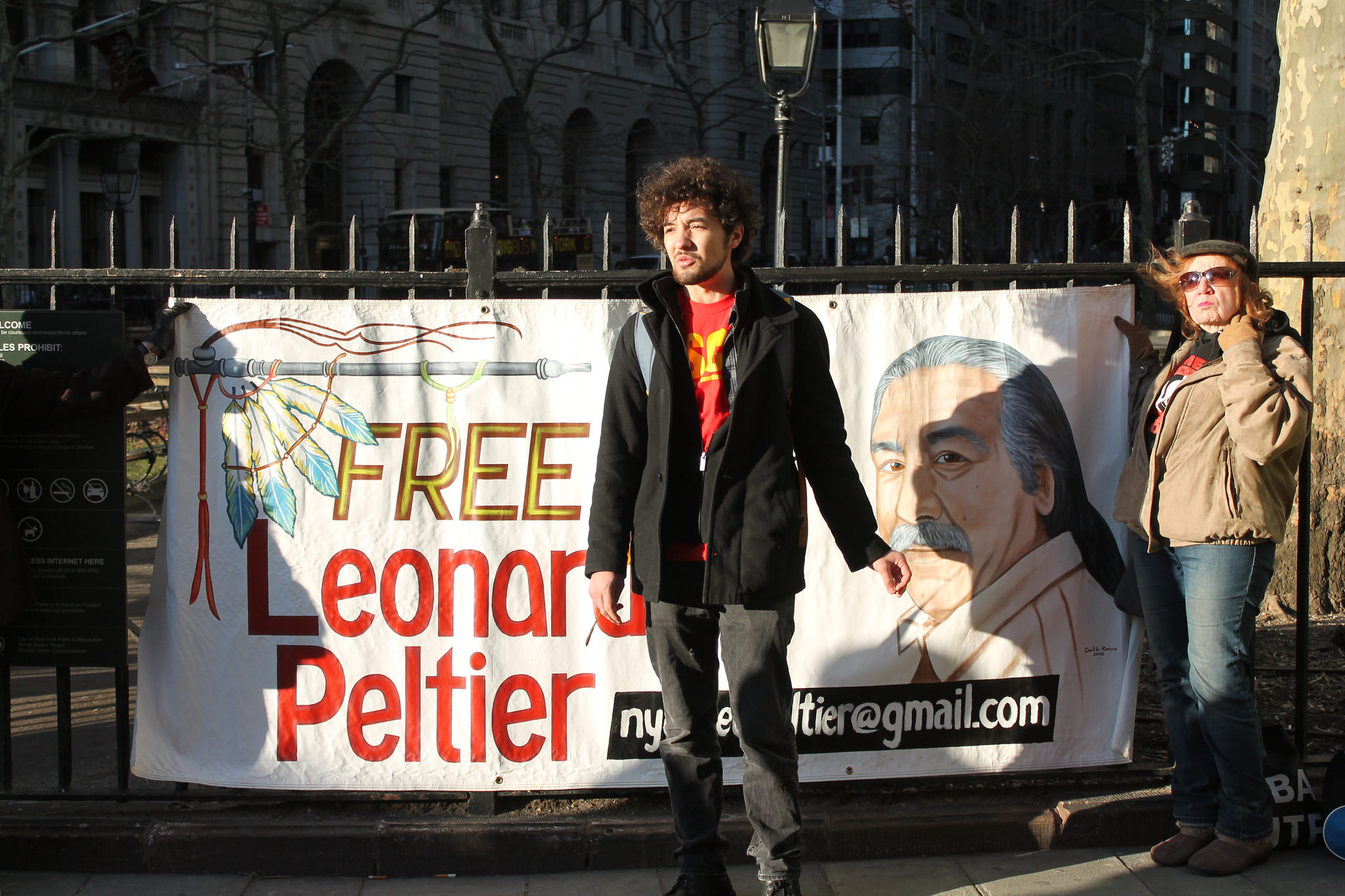 As part of the National Student Day of Action for Leonard Peltier, demonstrators in New York on Saturday 27 February demanded freedom for Peltier, a member of the American Indian Movement (AIM) who is serving 40 years in prison for the deaths of two FBI agents at Oglala, a deed he did not commit.

Students and supporters of Peltier protested outside the American Indian Museum in New York City, alongside events in Albuquerque, Chicago, Durango, Olympia and Omaha, all demanding that U.S. President Barack Obama glant clemency to Peltier. 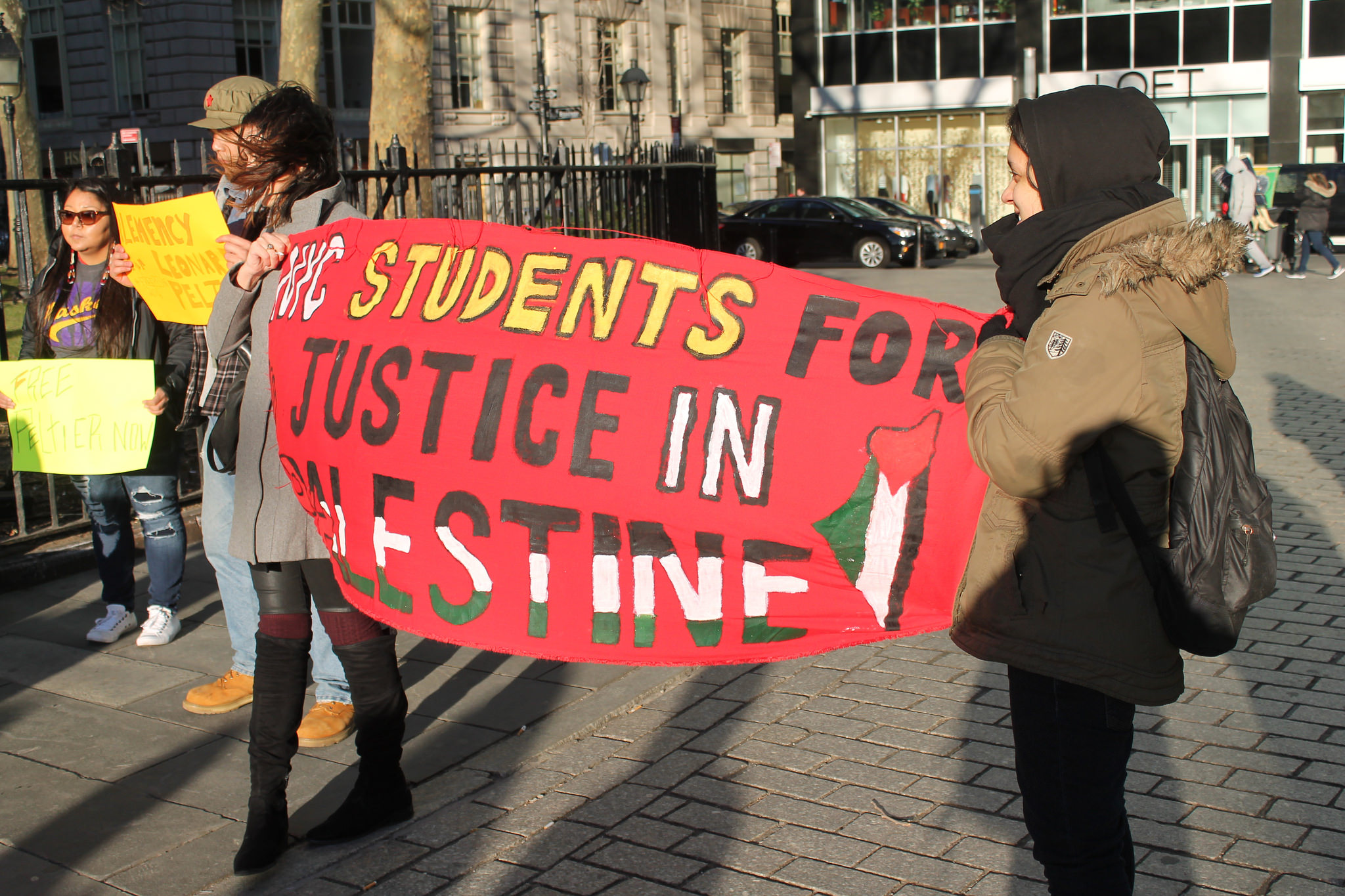 As the organizers noted, “February 27 is an historic date for the American Indian Movement (AIM) movement. On this day in 1973 activists began a second occupation of Wounded Knee for 71 days. This was to protest the failure of the United States to fulfill treaty obligations and the corruption of the Oglala tribal government. February 27th is now known as Wounded Knee Liberation Day.”