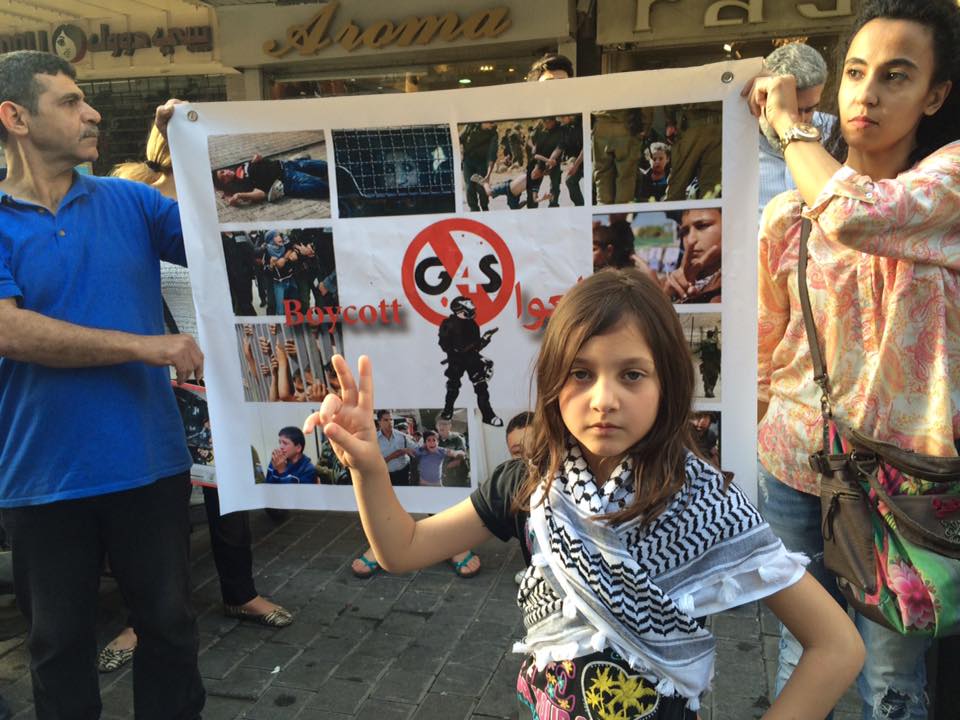 Following on their ongoing campaign to call on Lebanese businesses and United Nations institutions to stop doing business with G4S and their previous protest outside the offices of UNICEF in Beirut, activists presented hotel management with a letter while chanting, dancing and protesting for Palestine and Palestinian prisoners outside. 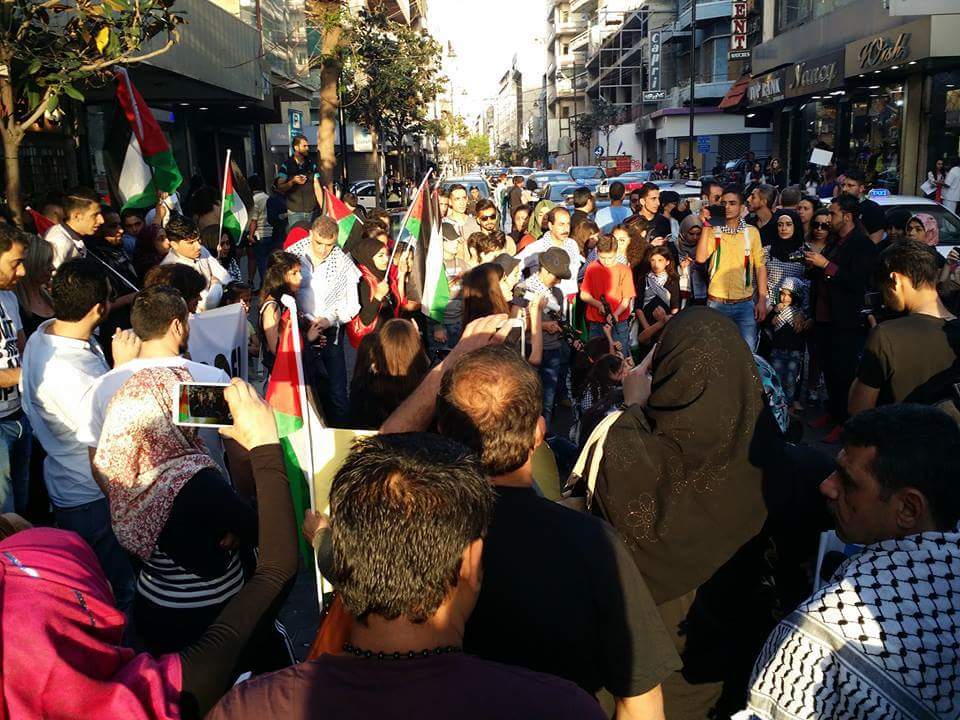 Protesters demanded that institutions and corporations end their contracts with G4S until the company fully withdraws from Israel and ends all of its contracts with the Israeli security regime. G4S has pledged to exit these businesses within the next one to two years, but activists have emphasized the importance of continued protest until G4S is no longer involved in the oppression of Palestinians. 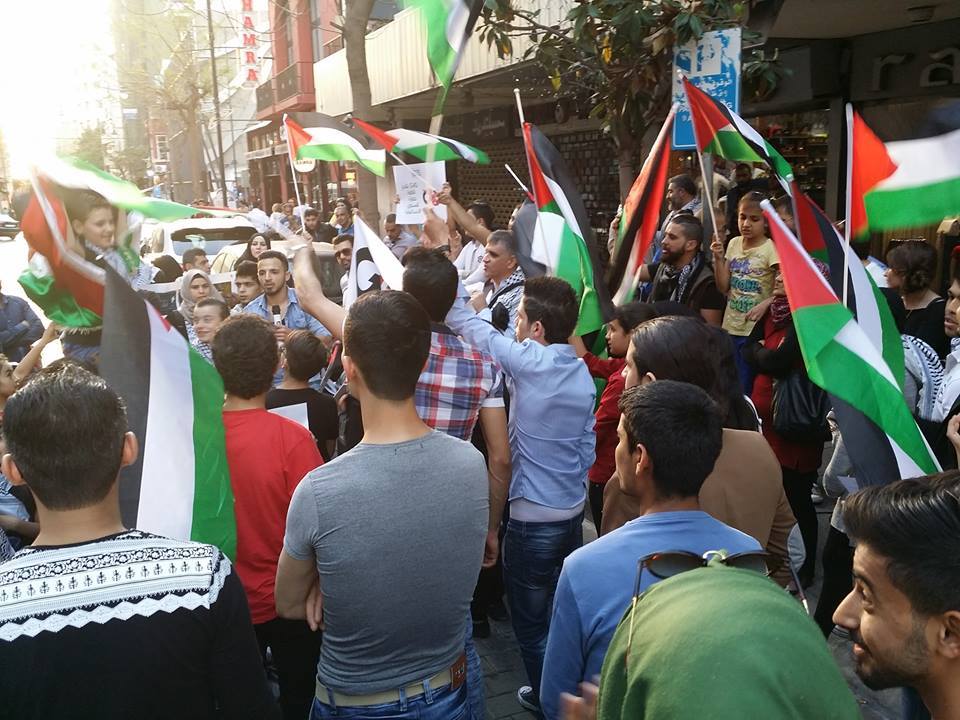 Dr. Samah Idriss spoke on behalf of the Campaign, highlighting the struggle of Palestinian prisoners. He discussed the experiences of torture suffered by Palestinians under interrogation, and the growing number of imprisoned Palestinians, noting G4S’ involvement in providing equipment and systems for Ketziot, Megiddo, Damon and Ofer prisons. He highlighted the international boycott movement against G4S and recent contract losses by the company because of its role in Israeli prisons, and stated that the campaign would continue protests at various businesses and institutions that continue to contract with G4S in Lebanon.

Photos: Campaign to Boycott Supporters of Israel in Lebanon and Samah Idriss