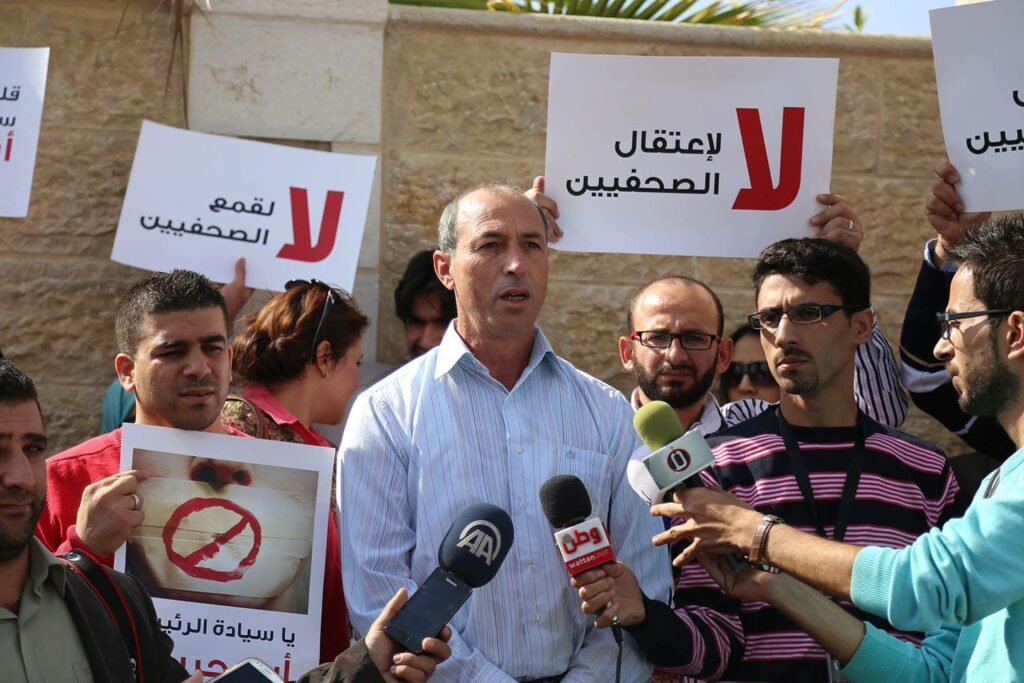 Palestinian journalist Omar Nazzal, member of the General Secretariat of the Palestinian Journalists’ Syndicate in the West Bank, was arrested by Israeli occupation forces on the al-Karameh crossing between occupied Palestine and Jordan on Saturday, 23 April and taken to the Etzion interrogation center.

Nazzal, a prominent journalist and syndicate leader who is widely quoted on issues relating to the repression of journalists, was on his way to Sarajevo for the General Meeting of the European Federation of Journalists, taking place on 25-26 April. 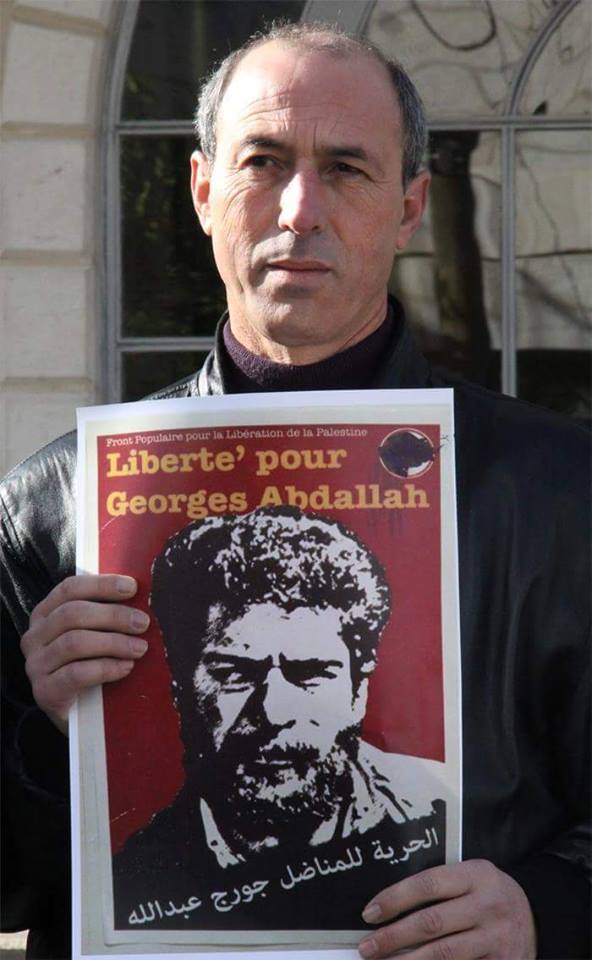 Nasser Abu Baker, the president of the Journalists’ Syndicate, who is also participating in the EFJ meeting, spoke with reporters about Nazzal’s arrest. The PJS issued a press release, calling on international journalists’ organizations, including the EFJ and IFJ, to denounce the arrest of Nazzal and pressure the Israeli state to release him. Nazzal’s arrest “clearly reveals the level of targeting and persecution of journalists and their union by the occupation and its forces,” said the PJS. Palestinian journalists will gather in Ramallah on Sunday, 24 April at 11 am at the International Committee of the Red Cross to demand the release of Nazzal and an end to the persecution of journalists. 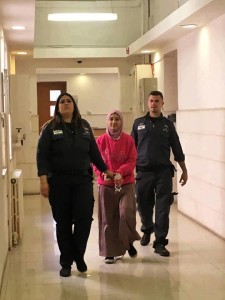 Quds News journalist Samah Dweik, 25, was arrested on 10 April in an early-morning armed military raid on her home. A decision to grant her bail was overturned on 21 April, and she is imprisoned until the end of proceedings on allegations of “incitement” based on Facebook posts.

Writing in +972Mag, Noam Roten notes that “Ahmad al-Bitawi, a Palestinian journalist, was convicted in an Israeli military court of incitement that was, allegedly part of his journalistic work. Other journalists, among them Mahmoud al-Qawasme and Mohhamad Qaddumi, are both imprisoned in Israeli jails awaiting trial for the same charge. These tactics are only used against Palestinians journalists, never against Jewish journalists, some of whom publish similar incendiary materials, like for example Amnon Lord, who published a front-page article for the Jewish religious newspaper Makor Rishon a few weeks ago that included the statement, “killing a terrorist without grounds of immediate self defense is a natural situation during war.”

During the month of February, a long list of Palestinian journalists from both Jerusalem and the West Bank were interrogated, among them “Good Morning Jerusalem” producer Nader Bebars, Pal Media in Jerusalem’s bureau chief Ishaq Kasbe, WAFA photographer Ayman Nubani, and many other journalists, photographers and media technicians.”