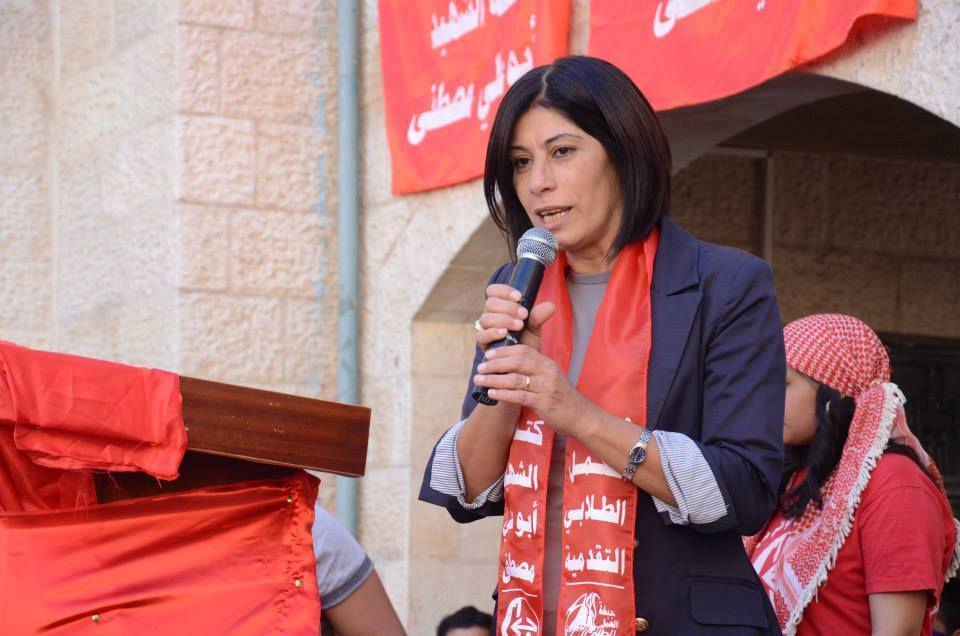 Jarrar, the former executive director of Addameer Prisoner Support and Human Rights Association, a well-known prisoners’ rights advocate, serving as a member of the Palestinian Legislative Council since 2006, was arrested by Israeli occupation forces in her home on 1 April. Initially ordered to six months administrative detention without charge or trial, after an international outcry, rather than being released, she was transferred to the Israeli military courts and presented with a list of 12 charges, all related to public speaking and public political activity.

Jarrar was sentenced to 15 months in Israeli prison, as well as a fine of 10,000 NIS (approximately $2500 USD) as well as a suspended sentence of one year. “I did not expect anything from military courts. They are a joke, it’s like a big theater, I do not trust them and my detention has been political since the beginning,” said Jarrar, noting that she rejected the legitimacy of the military court system – which convicts over 99% of Palestinians before it – as a mechanism of occupation and colonial control.

Jarrar will be released at the Jubara checkpoint north of Tulkarem, where she will be received by comrades and supporters for a motorcade to her home; she will receive supporters on Saturday and Sunday at her office at the Palestinian Legislative Council on Sunday.

Jarrar’s case has drawn attention and support from thousands of international parliamentarians, women’s organizations and solidarity groups. Her arrest followed months after an attempt to forcibly transfer her to Jericho from her home in Ramallah, an attempt defeated in a month-long sit-in and permanent protest at the PLC building.