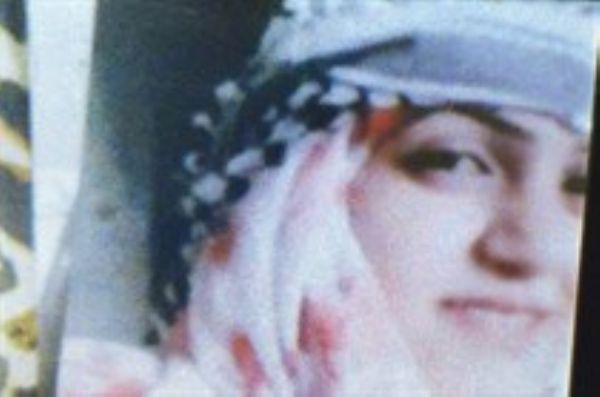 Palestinian young woman Shifaa Awad Mahmoud Abu Freijeh, 20, from the village of Artas near Bethlehem, was arrested after midnight on Friday, 7 October after 12 hours of interrogation at the Etzion settlement complex. Abu Freijeh was summoned for interrogation at 12:00 noon at the settlement; she was interrogated until midnight and then her family was told she was being detained for undeclared security reasons from two years prior.

Abu Freijeh is among 59 Palestinian women imprisoned in Israeli jails as political prisoners, including 12 girls under 18. The women and girls are held in HaSharon and Damon prisons. 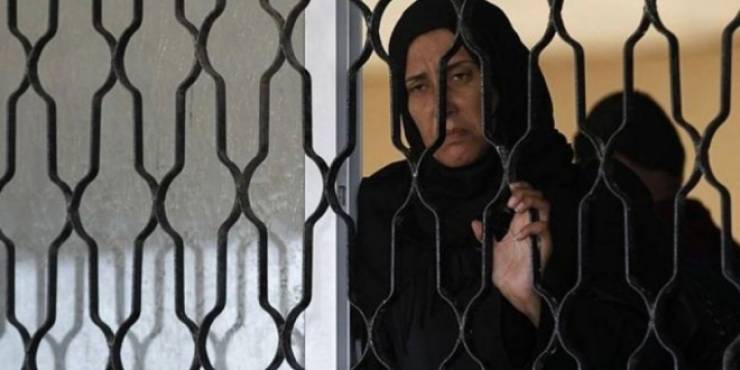 On 19 September, Adila Ibrahim al-Tamari, 51, from Bethlehem, was arested by Israeli occupation forces who invaded the family home in a pre-dawn raid, smashing the family’s belongings. Tamari is the mother of seven children, including three Palestinian prisoners, Shehadeh, serving a 2 1/2 year sentence; Hamza, serving an 18 year sentence; and Ayaatullah, 19, arrested with his mother on 19 September. She is the widow of Mohammed Shehadeh, assassinated by Israeli occupation forces in 2008, in the same assassination that targeted Ahmad al-Balboul, the father of former hunger strikers Mohammed and Mahmoud al-Balboul. 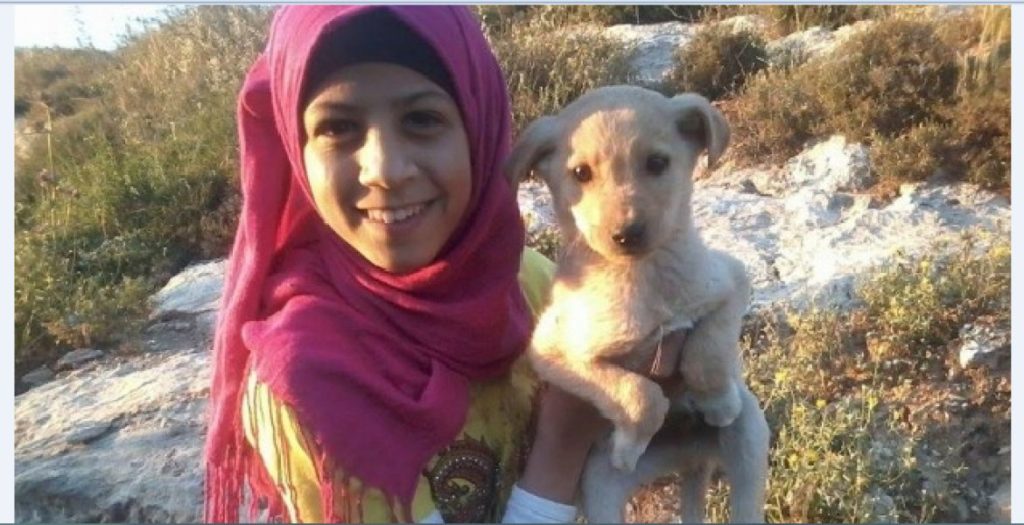 Among the minor girls imprisoned in HaSharon prison is Istabraq Noor, 15, from the village of Madama south of Nablus. Istabraq has been denied family visits and her mother and father have been denied visit permits on the basis of “security”. Her family has received no information about Istabraq’s health or her needs in prison, and her father, Ahmed, is urgently appealing to receive family visits with his daughter. Istabraq was sentenced to 20 months imprisonment and a fine of 3000 NIS (approx. 750 USD); she was shot by Israeli occupation forces on 21 October 2015 and accused of planning to stab occupation settlers. Istabraq was the only person injured; her right hand was severely injured and has required several operations. 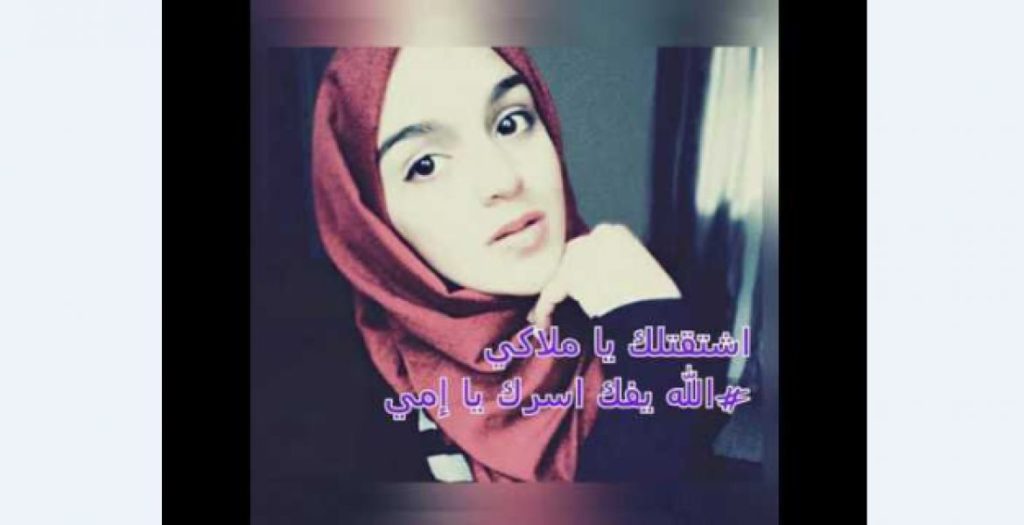 Another child prisoner, Malaak Hamad Yousef Salman, 16, from the village of Beit Safafa near Jerusalem, had her trial continued for the sixth time, until 16 November 2016. She was arrested on 9 February by occupation forces and accused of having a knife in order to stab an occupation soldier in Jerusalem. 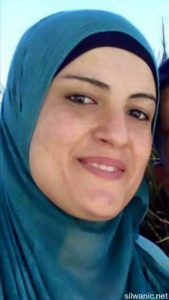 The trial of Israa Jaabes, 31, of Jerusalem, was once again continued until 3 November. Jaabes was arrested while severely burned on 11 October 2015 after a gas cylinder used for cooking stoves exploded inside her car; Israeli occupation forces opened fire on her car. She spent three months in hospital and was transfered to HaSharon prison despite her ongoing severe injuries and the amputation of eight of her fingers. Her trial has been extended nine times.

After seven months in Israeli prison, Salsabil Shalaldeh, 21, a student at the Palestine Polytechnic University was released, as was Raghad Khaddour, 18, imprisoned for two weeks after Israeli occupation soldiers shot and killed her fiance as the two were driving.

Amal Taqatqa, 21, of Beit Fajar, was sentenced on 21 September to seven years in Israeli prison; she has been imprisoned since 2014 and accused of attempting to stab an Israeli occupation settler at a bus stop.

Other Palestinian women, such as Sahar Natsheh, are held under “house arrest,” forbidden from using social media, internet access or using the phone. Natsheh, one of the “Marabitoun” who defend Al-Aqsa Mosque, is accused of “incitement” via social media. She was arrested in Jerusalem on 20 March and two days later, Israeli occupation forces raided her home in Beit Hanina, ransacking it and confiscating her computers. Natsheh’s arrest was continued until 1 November on 26 September. 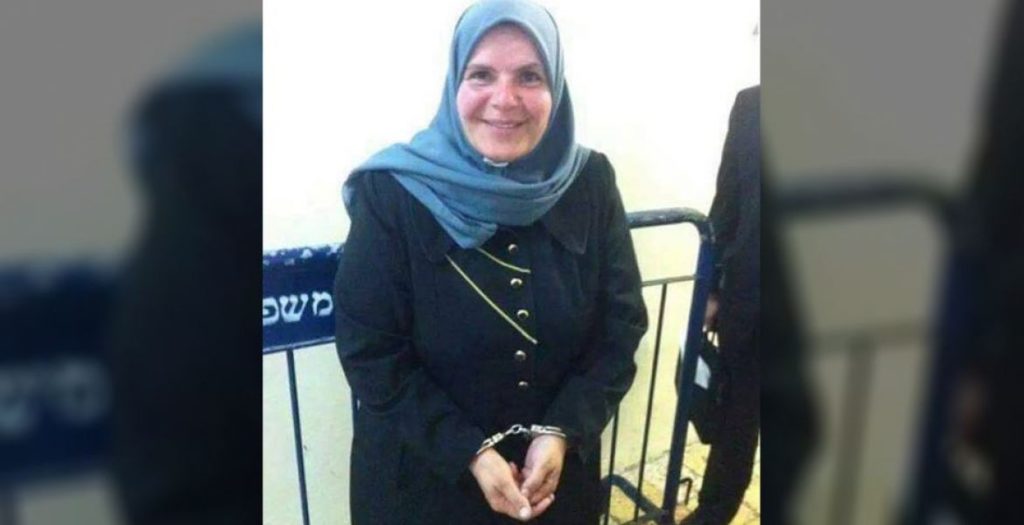 Perhaps the best-known Palestinian held under house arrest currently is poet Dareen Tatour, whose case has been continued until November even as international poets, writers and artists around the world are escalating calls for her freedom.