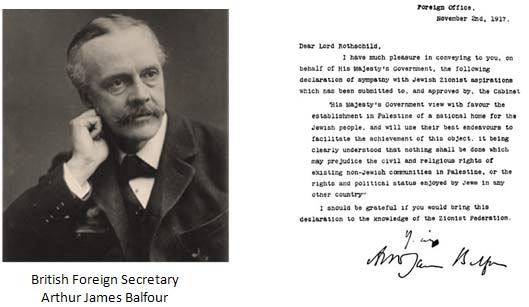 On the 99th anniversary of the British empire’s infamous colonial Balfour Declaration ostensibly proclaiming the right to a “Jewish national home” in colonized Palestine, Samidoun Palestinian Prisoner Solidarity Network joins in with grassroots Palestinian campaigns and the Palestinian liberation movement inside and outside Palestine to demand justice and accountability from the British state and its international allies as we approach a century of Palestinian resistance, struggle and revolution. 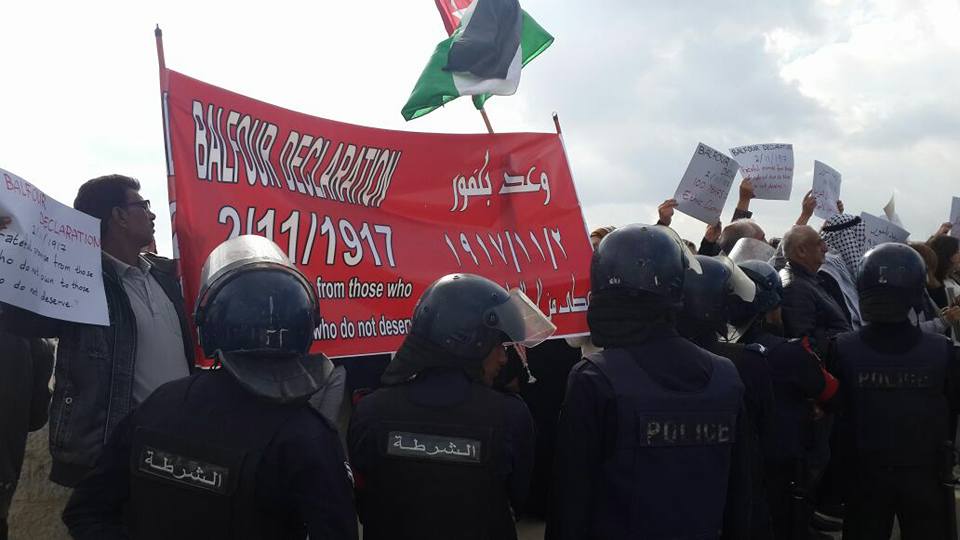 The Balfour Declaration, British Foreign Secretary and former Prime Minister Lord Alfred Balfour’s letter directed to Lord Walter Rothschild, a prominent Zionist leader in Britain in 1917, pledged to support a “national home for the Jewish people” in Palestine – which at the time remained part of the Ottoman Empire. The Balfour Declaration was part and parcel of the imperial and colonial plans in the region. It came nearly simultaneously with the Sykes-Picot accords laying out the colonial division of the Arab world for the benefit of Britain and France. Support for the Zionist project fit firmly into this category. Theodor Herzl himself appealed to Cecil Rhodes for support for the Zionist project in Palestine as “something colonial,” while Chaim Weizmann pledged to “form a very effective guard for the Suez Canal.” And far from an advocate of the rights of Jews facing oppression and hatred in Europe, Balfour as Prime Minister in 1905 passed the Aliens Act, specifically intended to exclude Eastern European Jews from Britain.

The Zionist project proudly asserted its own status as part of the European colonialist project in the region, and colonial powers responded in kind, not with some form of support or protection for European Jews, but with a deeply racist colonial partnership. In 1919, Balfour wrote, “Zionism, be it right or wrong, good or bad, is rooted in age-long traditions, in present needs, in future hopes, of far profounder import than the desires and prejudices of the 700,000 Arabs who now inhabit that ancient land.”

Thus, the rights and existence of the indigenous people of the land, the Palestinian Arab people of all religious backgrounds, including Christians, Muslims and Jews, were dismissed and erased as expendable, in a chilling re-statement of the settler colonial logics seen in the United States, Canada and Australia.

Today, the Israeli state remains a colonial project in Palestine and the region and a key partner, defender and strategic partner of U.S. imperialism and its European colonial allies. And the Balfour Declaration has remained for 99 years an infamous, purely colonial justification of the theft of indigenous land and resources and the expulsion of millions of indigenous people. Palestinians today throughout historic Palestine continue to suffer through racism, apartheid, settler colonialism, occupation and oppression as a direct and unbroken line from the Balfour Declaration to Benjamin Netanyahu.

The Balfour Declaration also marked another milestone, however: the birth of the modern Palestinian resistance movement. For 99 years, Palestinians have been organizing, struggling and rising up, relentlessly, to throw off colonial oppressors and build a revolutionary movement for liberation and return. The Palestinian resistance, rising up again and again, in 1922, 1929, 1936, 1948 and on and on until today, has inspired and built deep bonds with its fellow anti-colonial and liberation movements around the world, an example of resistance and revolutionary struggle continuing in the face of the most powerful imperial forces aligned against their struggle.

At the same time, Zionist forces were empowered and actively supported by British colonial power, especially as a mechanism to suppress Palestinian resistance, including arming and training the Zionist militias and Israeli forces who expelled nearly a million Palestinians from their homes and lands in the Nakba of 1948.

Throughout the history of 100 years of Palestinian struggle, political imprisonment has been a tool of colonial control directed against the Palestinian people. From administrative detention to land confiscation, identity stripping to home demolitions, the tools of terror and military rule used by today’s Zionist state were introduced to Palestine by British colonial authorities as a means of suppressing indigenous revolt for liberation.

Over a million Palestinians have been imprisoned in colonial prisons since Balfour’s letter in 1917. Many of the traditions of Palestinian prisoners’ struggle and the famous cultural legacy of the poetry of resistance born in the prisons date from the day of the British colonial mandate. The British execution of Fouad Hejazi, Mohammed Jamjoum and Atta al-Zeir in 1930 in Akka prison inspired a famous song of Palestinian resistance that is still sung today.

In 1938, during the great Palestinian uprising of 1936-1939, as Ghassan Kanafani noted, “Britain sentenced about 2,000 Palestinian Arabs to long terms of imprisonment, demolished more than 5,000 houses and executed by hanging 148 persons in Acre prison, and there were more than 5,000 in prison for varying terms.”

Today, over seven million Palestinians are actively expelled and denied their right to return to their homes and lands. Palestinians are subject to racism and oppression throughout the land of Palestine; to siege, occupation, apartheid, land confiscations, home demolitions, mass imprisonment, killing and massacre: an entire range of Zionist settler colonial crimes against the entire Palestinian people, inside and outside Palestine. And Britain not only continues to evade its fundamental responsibility for the colonization of Palestine. It continues its active complicity and support for the ongoing Nakba and Zionist colonial project. British officials and politicians threaten to prohibit the use of “Zionism” as a negative term and attempt to suppress the growing popular movement for boycott, divestment and sanctions in support of the Palestinian people, while acting in the United Nations and other international arenas to actively defend the Israeli state against accountability for its continuous crimes.

Samidoun Palestinian Prisoner Solidarity Network joins in the demand for accountability, recognition, apology and reparations for the Palestinian people for the damages caused by the Balfour Declaration over nearly 100 years of struggle, as well as an end to Britain’s ongoing and active complicity and support for the Zionist colonization of Palestine and the Nakba of the Palestinian people. An apology is not sufficient to address the ongoing colonial crime. Every Palestinian denied the right to return home, imprisoned in occupation prisons, stripped of their self-determination and sovereignty is a victim of the Balfour Declaration.