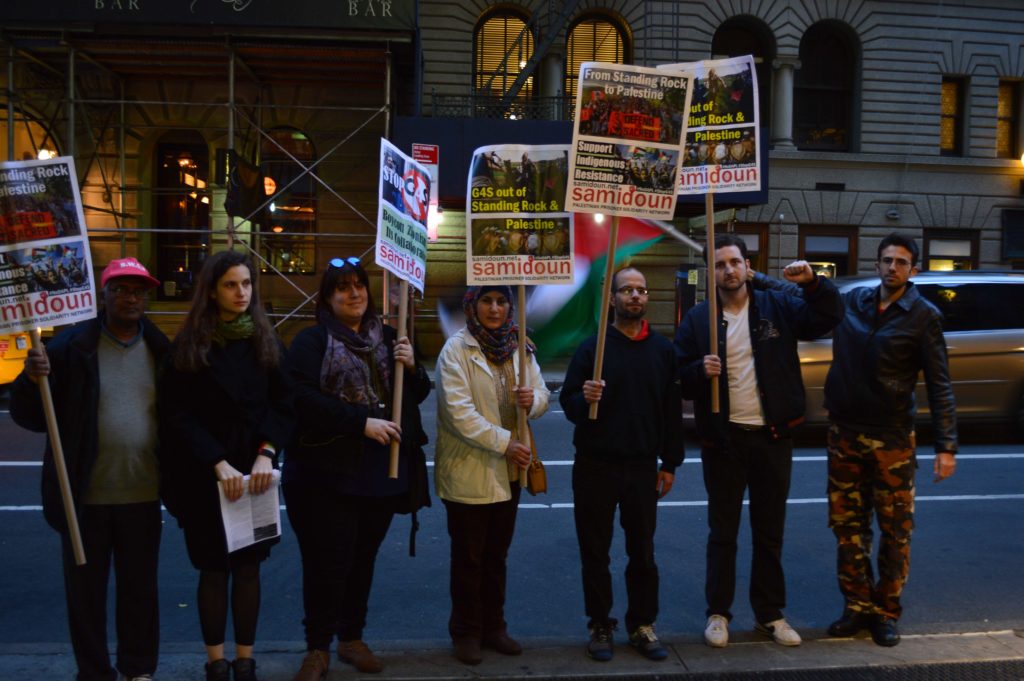 Activists in New York City protested outside the offices of international British-Danish security corporation G4S in Manhattan on Friday, 4 November, denouncing the company’s role in occupied Palestine and in Standing Rock, where Native land and water defenders are resisting the Dakota Access Pipeline. 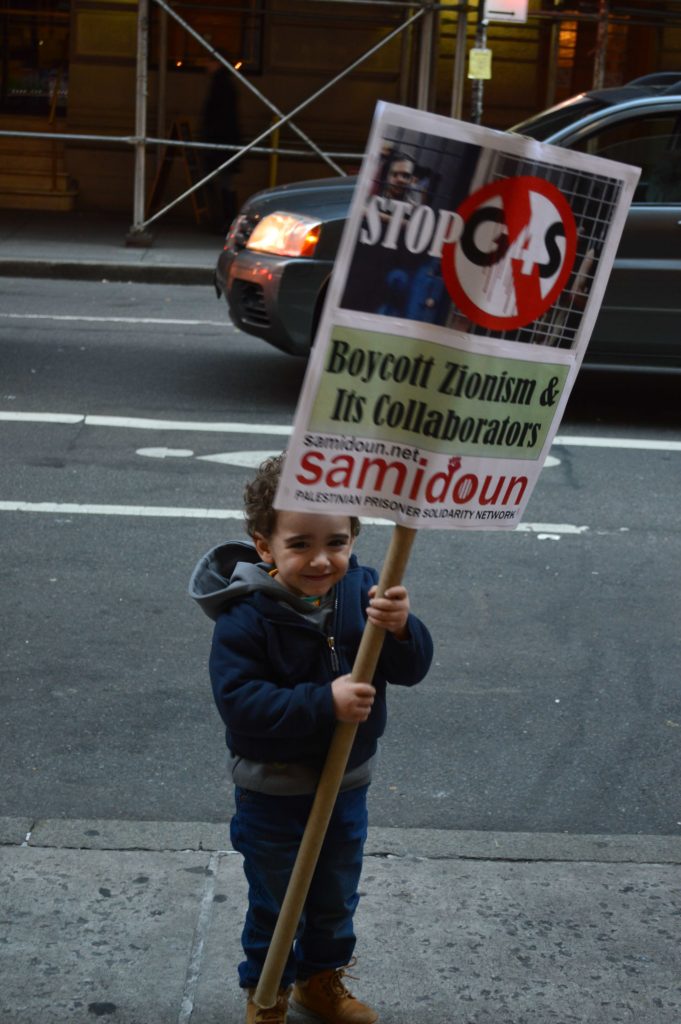 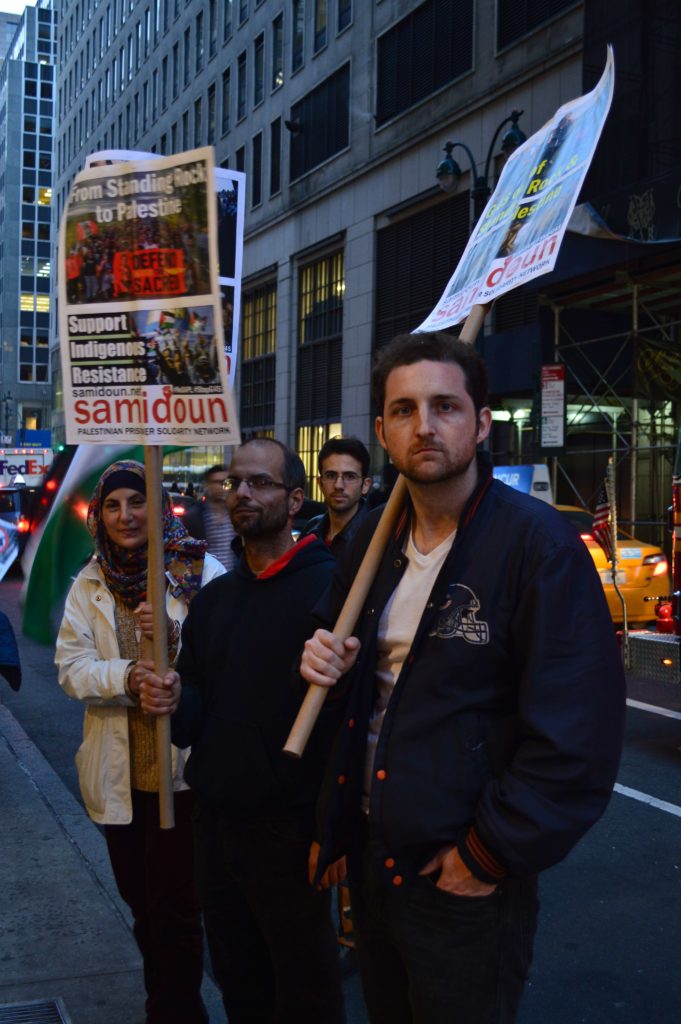 G4S provides security systems, control rooms and equipment to the Israeli Prison Service as well as Israeli checkpoints, police training centers and even the Beit Hanoun/Erez crossing where the siege is enforced on Gaza. They are subject to a global call for boycott and have lost contracts internationally due to their involvement in human rights violations in Palestine, as well as their role in youth imprisonment and migrant detention and deportation in the United States, Canada, United Kingdom, Australia and elsewhere. 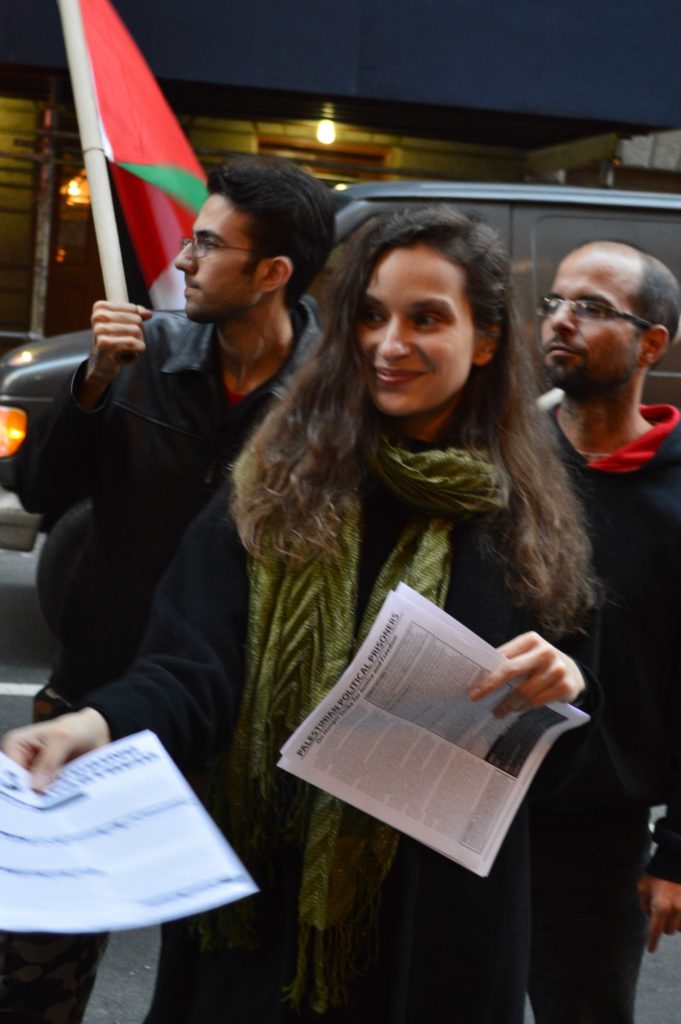 In the United States, G4S has been implicated alongside other private security corporations in providing aggressive security to the corporations seeking to build the Dakota Access Pipeline, threatening the land, sacred spaces and water of the Standing Rock Sioux. Indigenous protesters and their supporters have gathered in Standing Rock to defend the land and water and resist the pipeline’s construction.

During the protest, demonstrators would march through the building in pairs, chanting loudly for G4S to get out of Palestine and Standing Rock and stop profiting from oppression and settler colonialism. 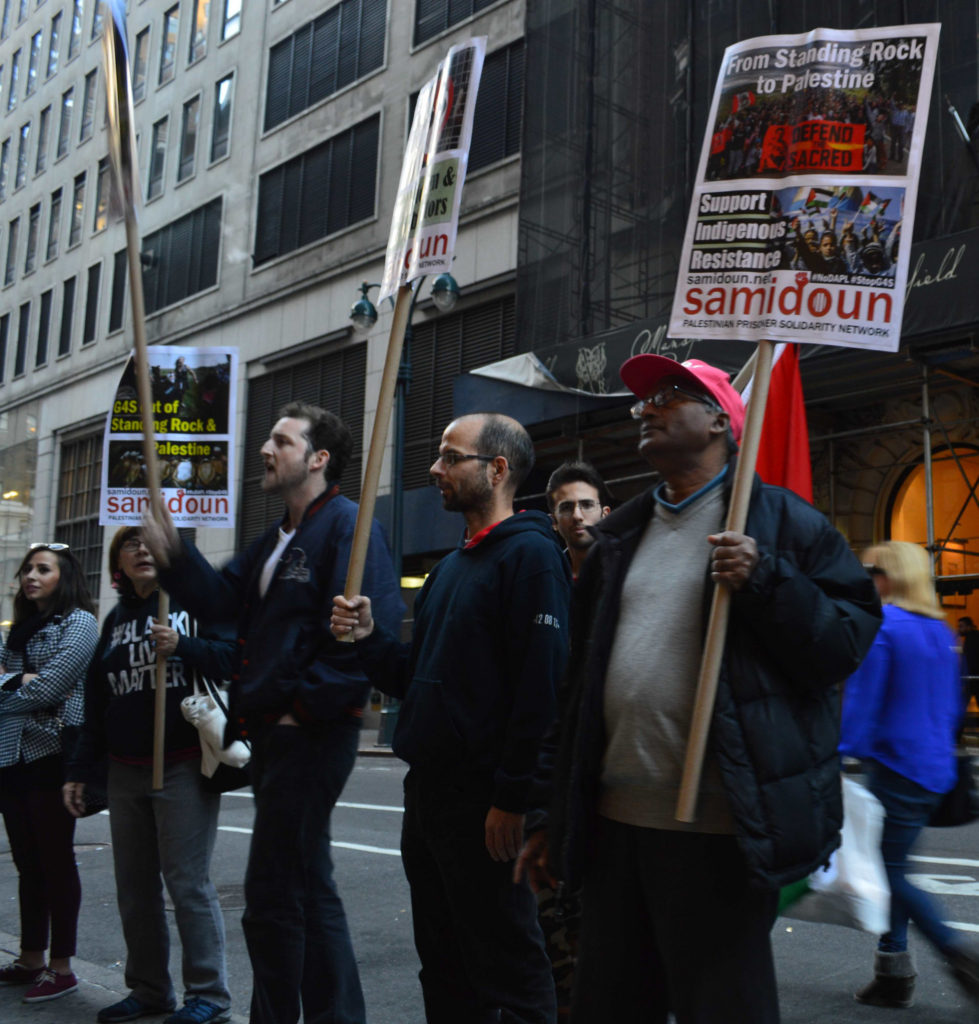 Samidoun Palestinian Prisoner Solidarity Network will protest again on Friday, 11 November outside the offices of G4S, highlighting the security corporation’s role not only in Standing Rock and Palestine, but also in suppression of the uprising in Charlotte, North Carolina, where a private, G4S run “company police” force, the Charlotte Area Transit System Police, operate alongside the racist, lethal cops who killed Keith Scott. Protesters will gather at 4 pm outside G4S’ offices at 19 W. 44th Street to demand the corporation end its complicity in racist state violence before marching at 5:30 pm to Times Square.