Palestinian child prisoner Shadi Farrah, 13, one of the youngest children imprisoned by the Israeli state, will face a sentencing hearing on 29 November, at which Israeli prosecutors’ recommended two-year sentence in addition to the year he has spent imprisoned will be approved by the judge in the case.

Shadi and his friend Ahmad al-Zaatari were seized by Israeli occupation soldiers on 29 December in their village of Kufr Aqab as they walked through the village. They were seized and interrogated for days and accused of possession of a knife with the intended purpose of carrying out a resistance action against Israeli soldiers. The alleged knife was never used or pulled out by either boy; they are accused of having the knife inside their bag. Even this allegation is denied by Shadi’s family.

This sentencing comes as part of a plea agreement which was accepted by Shadi’s family because, Shadi’s mother said, the Israeli prosecution threatened to postpone Shadi’s sentencing until after his 14th birthday, in which case he would receive an even longer term, citing the recent cases of Muawiya Alqam, Ahmad Manasrah, Munther Aby Mayalah and Mohammed Taha.  Ahmad is facing a similar plea agreement.

During his imprisonment, Shadi has been confined at the Al-Masra youth detention center, a facility for teens usually incarcerated on theft, assault or drug charges, where he has faced a difficult time. Because he is under 14, he is not held with other Palestinian political or “security” prisoners. He and his family have struggled with the arrangement of family visits; given his location, they have had to arrange their visits privately and pay almost 800 NIS (approximately $200 USD) per trip. 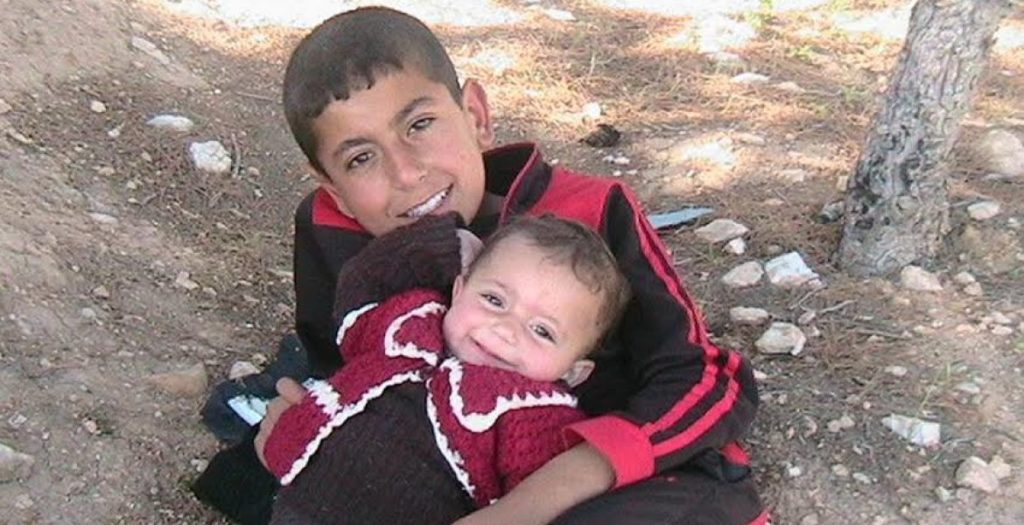 Fellow Palestinian child prisoner Osama Mourad Zeidat, 14, was shot in the back and foot by Israeli soldiers on 23 September 2016 near the Kiryat Arba Israeli colonial settlement in al-Khalil.  Military court hearings in Osama’s case at Ofer have been continued several times and are now set for 13 November.

Osama, from the village of Bani Naim near al-Khalil, is still suffering from the effects of his injury and is being treated in the Ramle prison clinic in poor conditions alongside other sick and injured prisoners. His mother told Asra Media that one bullet entered his back and exited his chest and that the other was lodged in his foot. He was kept for 18 days in Shaare Tzedek hospital and prevented from receiving family visits for that entire time, before his transfer to the Ramle prison clinic.  In fact, when he was brought to the military court on 1 November, he was shackled to a hospital bed.

There are nearly 400 Palestinian child prisoners held in Israeli prisons, including 13 minor girls and several children imprisoned under administrative detention, held without charge or trial.  Defence for Children International Palestine has reported that Palestinian children routinely face beatings, solitary confinement, interrogation without parents or a lawyer, threats of sexual violence and psychological torture during their arrest and interrogation by Israeli occupation forces; many of these child prisoners arrested in pre-dawn violent military raids on their family homes.