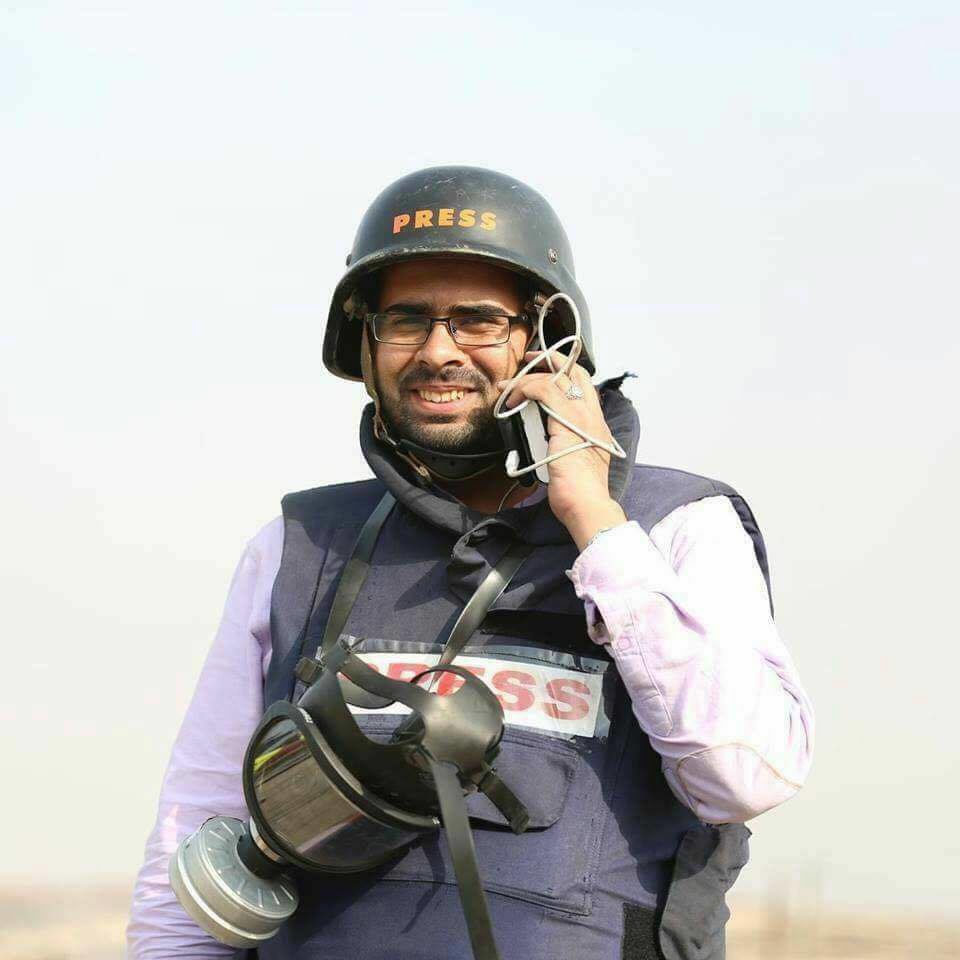 Palestinian journalist Jihad Barakat was detained by Palestinian Authority Preventive Security forces on Thursday, 6 July, accused of “taking photos” of the motorcade of PA Prime Minister Rami Hamdallah near a checkpoint east of Tulkarem. Palestinian journalists and activists have launched a social media campaign demanding the immediate release of Barakat.

Barakat, a well-known young journalist, will remain detained at least until next Sunday, as his detention was extended by the security forces. Palestinian organizers have emphasized the ongoing repression against Palestinian writers, journalists and activists by PA security forces, especially those who have been critical of PA officials and their ongoing “security coordination” with the Israeli occupation.

The arrest of Barakat is the latest in a series of arrests carried out by PA security forces targeting journalists, writers and other critical voices under the pretext of allegations of “insulting” PA officials, inciting “sectarianism” for posting about PA involvement with Israel, and now allegations of illegally photographing the PA prime minister driving on the street.

The Palestinian Journalists’ Syndicate joined in the call for the release of Barakat on Friday, 7 July, noting that the arrest reflects ongoing serious violations by the government and security services against journalists’ rights and freedom of expression. The syndicate noted that Barakat is well-known for his commitment to journalism and to Palestine, rejecting the flimsy justifications provided by the PA for his arrest.

The Journalists’ Syndicate also noted that political pledges about press freedom are devoid of credibility in light of these ongoing and daily violations against media work and public freedoms, demanding that Barakat and photographer Ahmed Khatib be immediately released and that the PA lift its bans on media websites.

Samidoun Palestinian Prisoner Solidarity Network denounces the arrest of Jihad Barakat and demands his immediate release and that of fellow Palestinian political detainees in PA prisons. We join our voices with Palestinian organizations and organizers demanding an end to Palestinian Authority security coordination with the Israeli occupation and an end to the repression of Palestinian media, websites and expression by the PA.