Torture and medical neglect have once again had dire consequences for imprisoned Palestinians, as a Palestinian prisoner was found dead inside Israeli prison while being held under interrogation on 16 July. Nasser Taqatqa, 31, from Beit Fajar near Bethlehem, was found dead of acute pneumonia in an isolation cell in Nitzan Ramle detention center. He had been held under Israeli interrogation since 19 June in Jalameh detention center, after he was arrested by Israeli occupation forces from his home.  After ongoing harsh interrogation, he was sent to solitary confinement in Nitzan prison.

The Palestinian Prisoners’ Affairs Commission noted that signs of his pneumonia were visible , but rather than being transferred to a civilian hospital, Taqatqa was instead thrown into solitary confinement. As he was weak and ill with visible signs of disease, he was held in isolation rather than given proper treatment. Even though he had reportedly been taken to the Ramle prison clinic on 14 July, he was not even kept in the inadequate prison facility but instead returned to Nitzan prison to die in isolation. 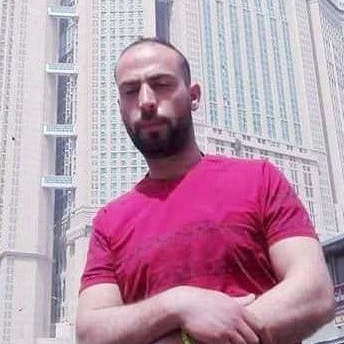 The Palestinian Prisoners’ Society noted that he had been restrained on a bed earlier in his detention and that Israeli prison authorities had refused to remove him from solitary confinement on multiple occasions, claiming he was being “punished.” He was subjected to cruel, inhumane and degrading treatment amounting to torture under interrogation, the PPS noted.

During the autopsy, his hands and feet also showed clear signs where they had been shackled during his interrogation. They noted an ongoing crisis with medical neglect and mistreatment of Palestinian prisoners, especially those being subject to harsh, extended interrogation.

Taqatqa’s family learned about the loss of their son not by direct notification by the Israeli forces that imprisoned him, but rather through social media posts.

Taqatqa is the 220th Palestinian prisoner to lose his life in Israeli prisons, and medical neglect and abuse has been a consistent factor in the illness and death of Palestinian prisoners, along with torture and mistreatment under occupation. In February 2019, another isolated prisoner, Fares Baroud, died after medical mistreatment and 18 years of denial of family visits by the Israeli occupation.

Samidoun Palestinian Prisoner Solidarity Network mourns the loss of Nasser Taqatqa, his life taken under interrogation and in isolation, under Israeli medical neglect and mistreatment. We note that his death is part of the systematic violence of medical mistreatment and abuse in Israeli prisons, including the poor conditions in Ramle prison clinic and the repeated administrative detention orders imposed on Palestinian prisoners with severe health problems. The Israeli state holds full responsibility for the death of Taqatqa and must be held accountable. We urge all supporters of justice in Palestine to organize and demand freedom and justice for nearly 6,000 Palestinians held in Israeli jails – and freedom and justice for Palestine.