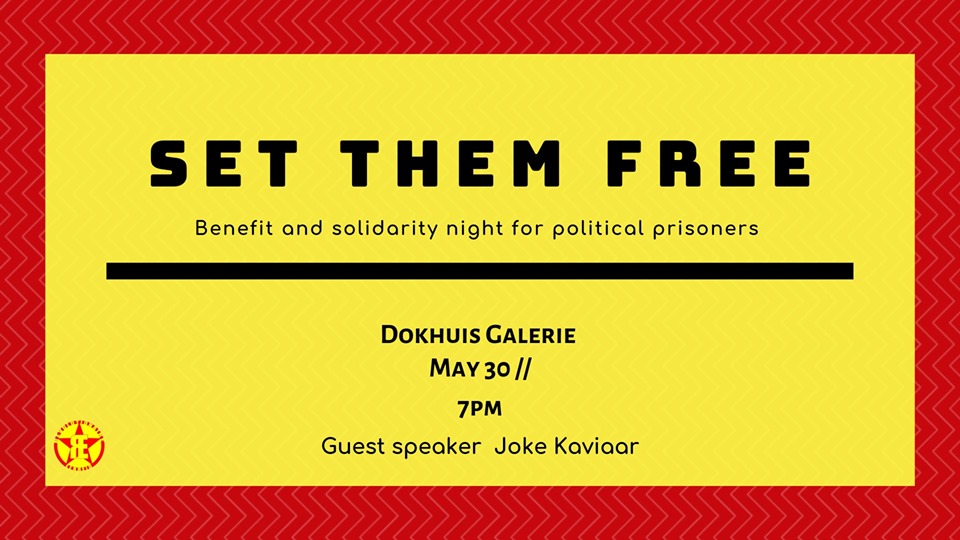 In February we came together to hear about the cases of Mustapha Awad and Joke Kaviaar. Two political prisoners: one Belgian-Palestinian, Mustapha was imprisoned in Israel and Dutch activist Joke was imprisoned here in the Netherlands.

They have both now been released and we are honored to have Joke join us on May 30th for an evening on political prisoners. The evening will kick off with a benefit dinner and then a discussion led by Joke about their experiences and how we can continue to support political prisoners wherever they are being incarcerated. Following the discussion we’ll have live music from Joke Kaviaar and Peter Storm’s band Your Local Pirates. We will also have an exhibition, highlighting the cases of a selection of political prisoners from around the globe.

Join us for this evening of food, music and insight into the struggle of political prisoners. All proceeds will go to Samidoun (Palestinian Prisoner Solidarity Network).