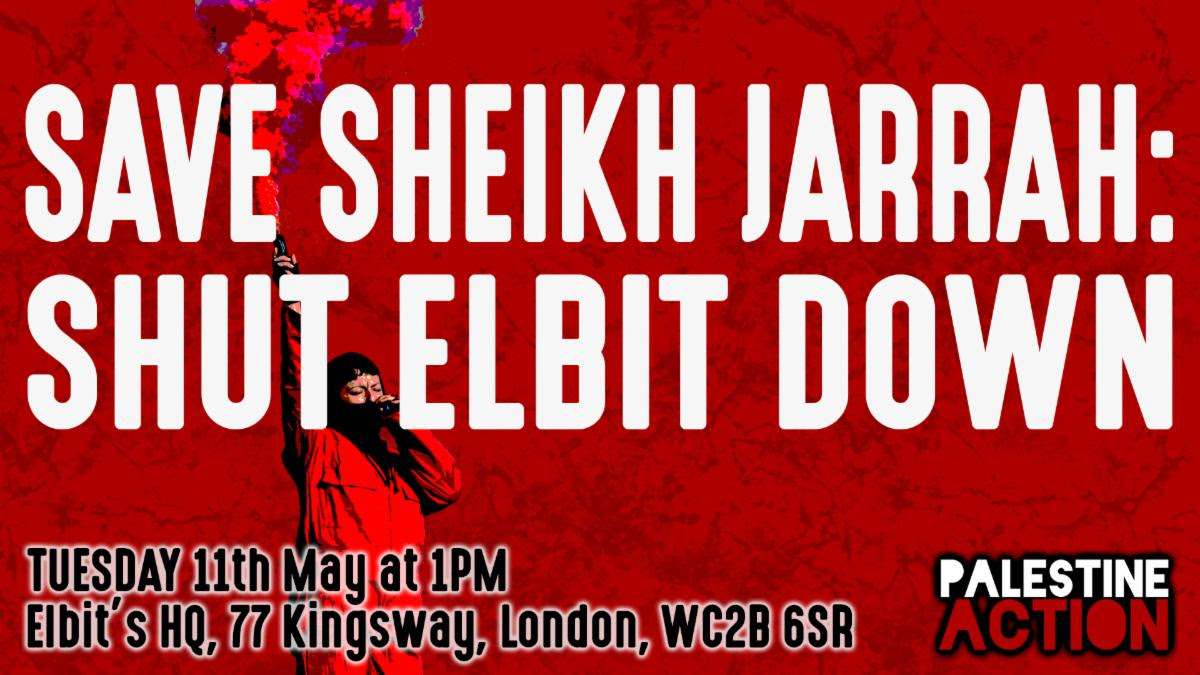 We have all seen the horrifying and disgusting images coming out of Jerusalem. The atrocious acts committed by settlers and Israeli forces are despicable: tear gassing worshippers in the Al-Aqsa Mosque, the forceful appropriation of homes, the use of rubber bullets and physical assault causing hundreds of casualties – among them children and journalists.

But these acts are not simply horrifying crimes committed in isolation. This project of ethnic cleansing and the brutalisation of the civilian Palestinian population has been going on for decades – and it draws much of its strength from the complicity of western governments.

The UK government is completely acquiescent to this ethnic cleansing – and indeed has given millions of pounds to one of the chief architects of this brutality: Elbit Systems.

Elbit manufacture the surveillance technologies and “intrusion detection systems” which fortify Jerusalem’s illegal border walls, dividing the Palestinian population of Jerusalem into walled-in ghettos. Their drones are used to spy on and monitor the civilian population, while also enabling the IDF to drop tear gas over vast numbers of people.

Many in the UK are watching in horror at the war crimes being committed in Jerusalem, unaware of what they can do about it.

Here is your opportunity to take a stand:

We are calling on all conscientious people in the UK to turn up at Elbit’s HQ, at 77 Kingsway, Holborn, London on Tuesday 11th May at 1PM. We will be taking direct action in solidarity with the Palestinian people of Jerusalem, demanding the UK government to end their complicity in ethnic cleansing, and fighting to #ShutElbitDown!