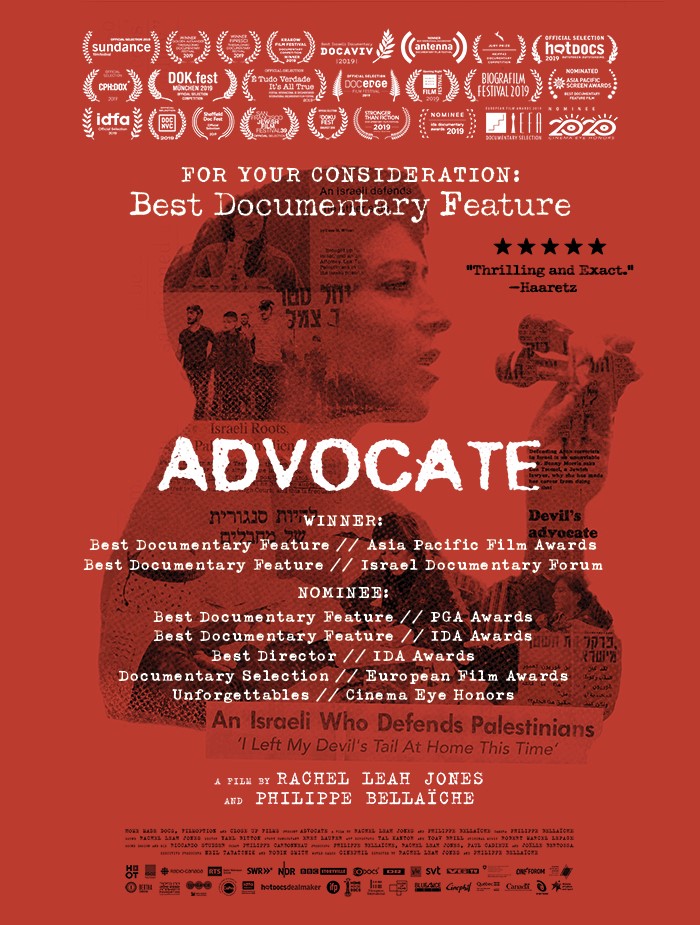 ADVOCATE is the award-winning documentary about
lawyer Lea Tsemel, who has dedicated her life to representing Palestinian defendants in apartheid Israel. The film, co-directed by Rachel Leah Jones and Philippe Bellaiche, has been shortlisted for an Oscar.

“We get to know a champion of justice who has spent decades fighting for the rights of people she was taught to hate.” – Amyana Bartley, QBP Reviews

NOTE: ADVOCATE will have its LA theatrical premiere on FRIDAY, JANUARY 3rd at the Laemmle Royal: 1.20pm // 7.00pm.

Q&A with directors Rachel Leah Jones and Philippe Bella Bellaiche after the 7:00pm screening on the 4th !!!). ** AMPAS, PGA, DGA, WGA and SAG members get in FREE.