Los Angeles: Stand with striking refugees and migrants in Lebanon! 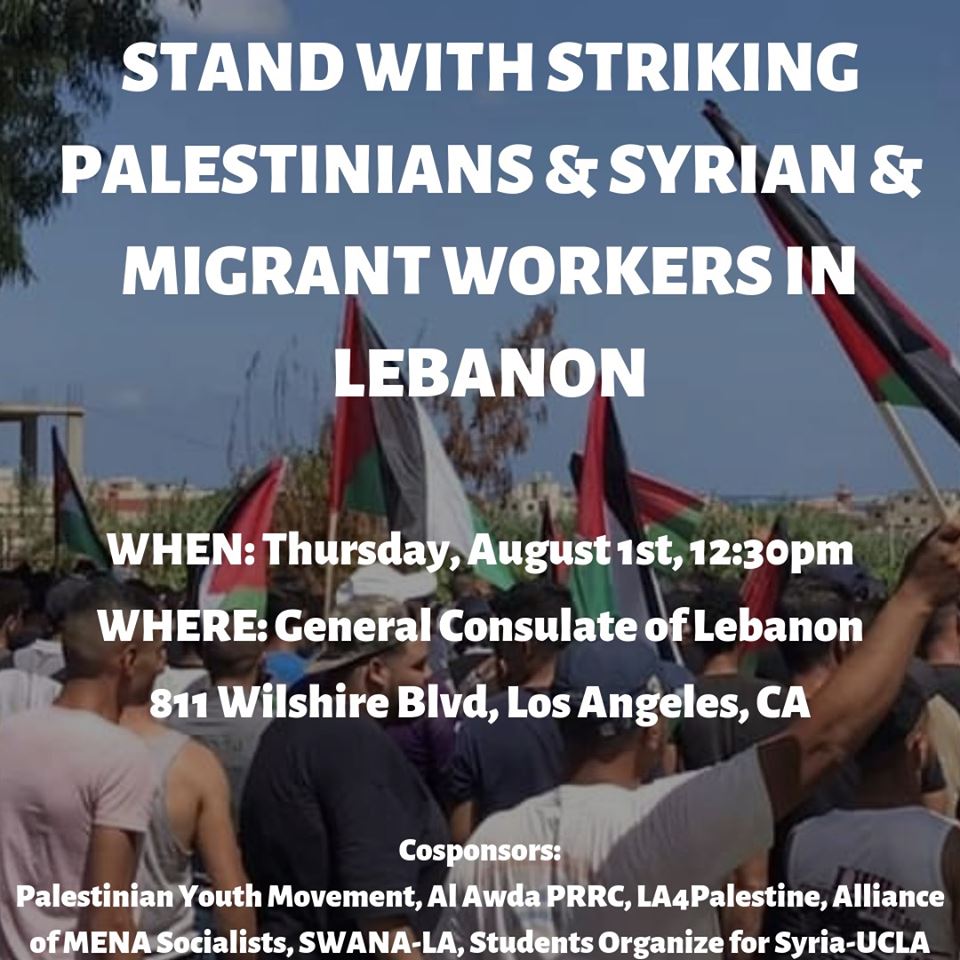 Under the banner “We stand with striking Palestinians and Syrians and migrant workers in Lebanon,” we will be mobilizing at the Lebanese Consulate General at 811 Wilshire Blvd, Los Angeles, CA on August 1st at 12:30 pm. The labor law restricts legal work to those who hold a work visa and was accompanied by a scapegoating campaign against Palestinians and Syrians in the country and raids on their places of work and several shutdowns. This has led to an ongoing uprising and strike in the Palestinian camps demanding a repeal of the law and the resolving of their legal status. Syrian refugees have largely avoided rising due to the continuous threat of deportation to Syria. The Lebanese political class continues to scapegoat and threaten both groups. The protest in Los Angeles comes in response and affirmation of calls by rising Palestinians in the country towards protests and shows of solidarity across Europe and North America.

The demands from Palestinian civil society are as follows:

+ The Lebanese state must release a law granting clear legal status to Palestinian refugees, guaranteeing them their civil and economic and social rights to live in dignity.
+ Amending Labor Law 129/2010 to cancel the work permit and grant Palestinian refugees the right to practice free professions and releasing the necessary implementary decrees.
+ Amending the laws regulating free professions in accordance with the Labor Law to complete the exemption from the condition of reciprocity and the condition to stop practicing in country of origin.
+ Stopping the composite discrimination against Palestinian refugees and releasing a legal amendment allowing them to own property.
+ We reaffirm that our protests will continue until our rightful demands are met.