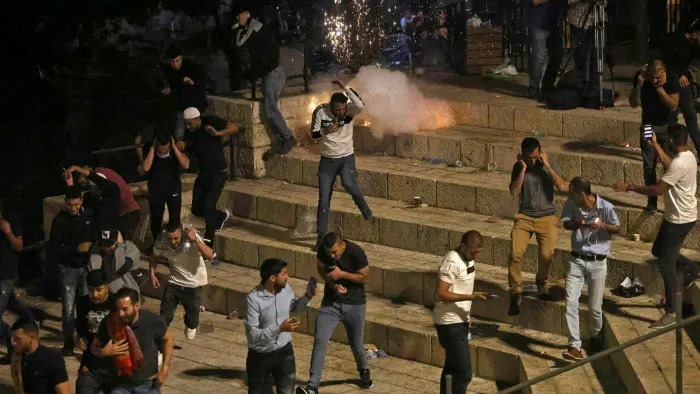 Palestinians are rising up after Israeli attempts to seize their homes in east Jerusalem’s Sheikh Jarrah, cops’ assault on Al Aqsa Mosque and bombing in Gaza.
Hundreds of Palestinians were fighting back at the Al Aqsa compound and in the east Jerusalem neighbourhood of Isawiyah on Monday.
Protests were also taking place in other localities, including Nazareth, Jaffa, Kafr Kana, Kafr Manda, Shfaram and Majdal Krum.
Yesterday afternoon the Israeli military said “even a ground operation is on the table” after it launched air raids on the besieged Gaza Strip. Occupation forces have killed 22 Palestinians, including nine children.
Stand with the Palestinians! Join this protest See Less

Stand up to Racism Lowestoft