New York City: Day of Resistance in Defense of Palestine 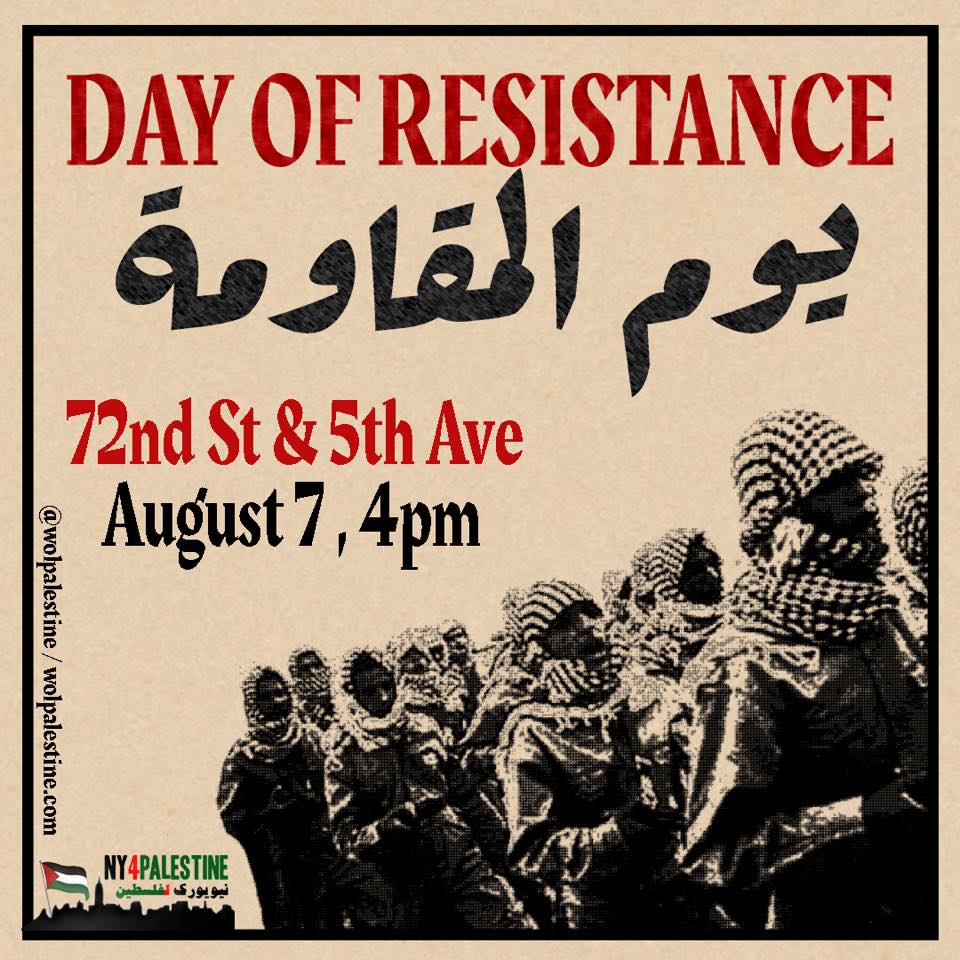 DEFEND PALESTINE — ALL OUT FOR THE DAYS OF RESISTANCE IN NYC!
AUGUST 7TH • 4PM • 72ND STREET & 5TH AVE • BROOKLYN
After leading the largest Palestine protest in Brooklyn since the Second Intifada on July 1, the NY4Palestine Coalition will be mobilizing again on Friday, August 7th in defense of Palestine as part of the Days of Resistance from August 7th-9th.
As Samidoun stated in their call to action, “The struggle is not over; in many ways, it has just begun. We urge you to continue mobilizing to defend the land and people of Palestine and join us in the Days of Resistance, August 7-9.”
On August 7th we will be taking to the streets again to not only reject the criminal annexation plan, but against the entirety of the zionist colonial project from the river to the sea.
The NY4Palestine Coalition is proud to endorse the Days of Resistance and urge all of our supporters and all those who stand for Palestinian liberation to mobilize in defense of Palestine and participate in actions in your community August 7th – 9th across the US and around the world. You can stay updated on planned mobilizations at Samidoun.net.
To all those who took to the streets with us in Brooklyn on July 1st, and for everyone who couldn’t make it last time, mark your calendars for August 7th and help us spread the word by inviting your friends and sharing it across social media.
Now is the time to put words into action. We’ll see you on the streets.