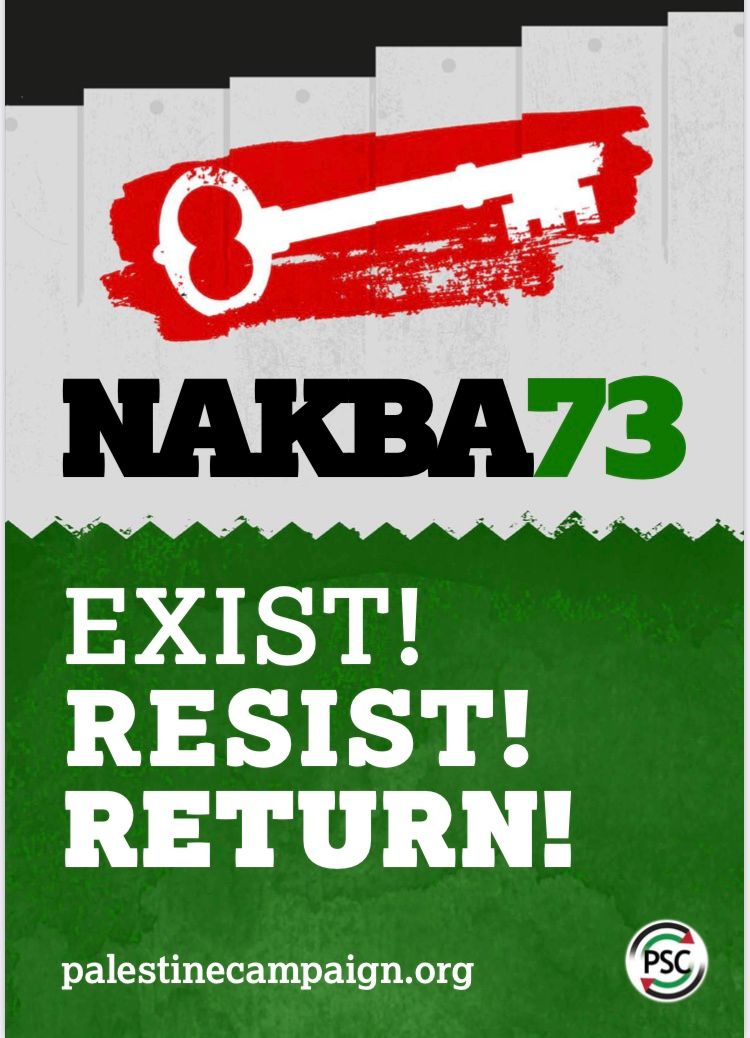 Between 1947 and 1949, Zionist paramilitary and Israeli forces ethnically cleansed and eradicated over 500 villages and cities in Palestine, forcing into exile over 750,000 Palestinians, and taking over 78% of the land of historic Palestine.

Known as the Nakba, or catastrophe in Arabic, this forced displacement was the basis for the foundation of the Israeli state.

Today, over 7 million Palestinians live as refugees or exiles, denied the right to return to the land from which they, or their family, were forcibly expelled. A right which is enshrined in international law. Palestinians who remained in the State of Israel, and those in the occupied territory, many of whom are refugees, face a system of discriminatory racist rule that amounts to the crime of apartheid under international law.

With the complicity of the international community, the Nakba continues.