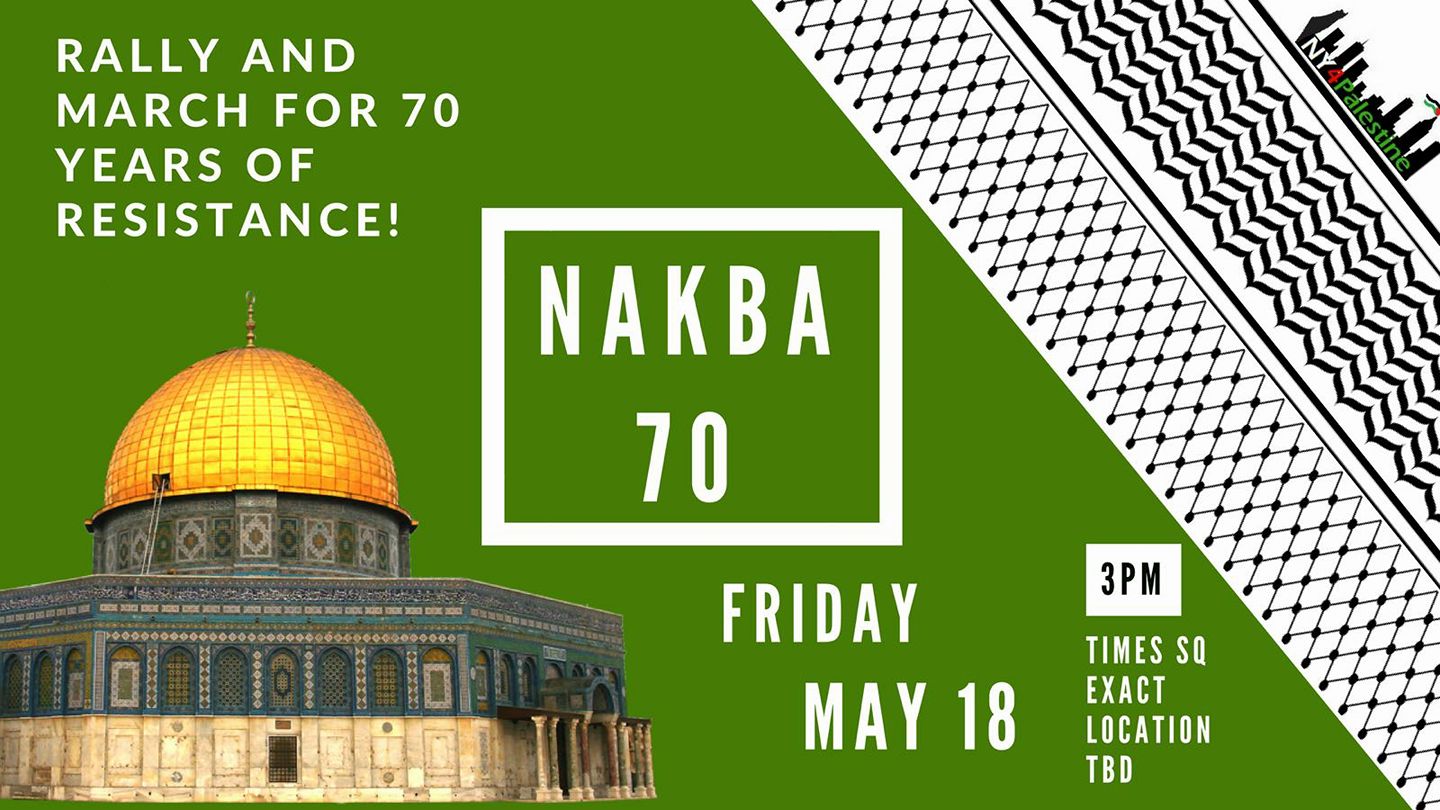 March 30th, Land Day, marked the first day of the Great March of Return, a 46 day struggle leading vup to Nakba Day on May 15th. From now until then and beyond, we in New York and around the globe must support the ongoing struggle in Palestine. As the struggle escalates throughout historic Palestine and the diaspora, join NY4Palestine as we reiterate our commitment to the liberation and the right of return of all of historic Palestine from the strangles of the settler colonial Zionist state of “israel.”

It has been 70 years since nearly 1 million Palestinians were forcibly expelled from their homes by Zionist forces during the Al-Nakba (Arabic for the Catastrophe) To this day they and their descendants are still barred from returning. Israel has recently escalated its racist and genocidal policies, with the detention and killing of children increasing whilst Al-Quds, the capital of Palestine, is under threat. In reaction to the increase in these policies of ethnic cleansing the resilient Palestinian people, alongside their international allies, are organizing to let the world know that the land, from Haifa to Jerusalem to Gaza and all in between, will be liberated and that a sovereign, independent, free Palestine is inevitable as long as its people remain beacons of resistance.

While we mourn the Nakba, we celebrate the resistance and its steadfast sacrifices in ensuring that the question of Palestine gets an answer. The Zionists did not expect that 70 years later Palestinians would still be fighting for their freedom and dignity. As the fight for liberation continues in the homeland, the fight for liberation continues from inside the belly of the beast. We will be rallying to demand the right of return for ALL Palestinians in the diaspora, to demand Israel keep its hands off al-Quds, to celebrate 70 years of resilience and resistance, and to denounce the settler colonial state of “israel.”

The Nakba did not end in 1948, nor did the resistance.

There is only one solution!
Intifada Revolution!

We don’t want two states!
We want all of it!