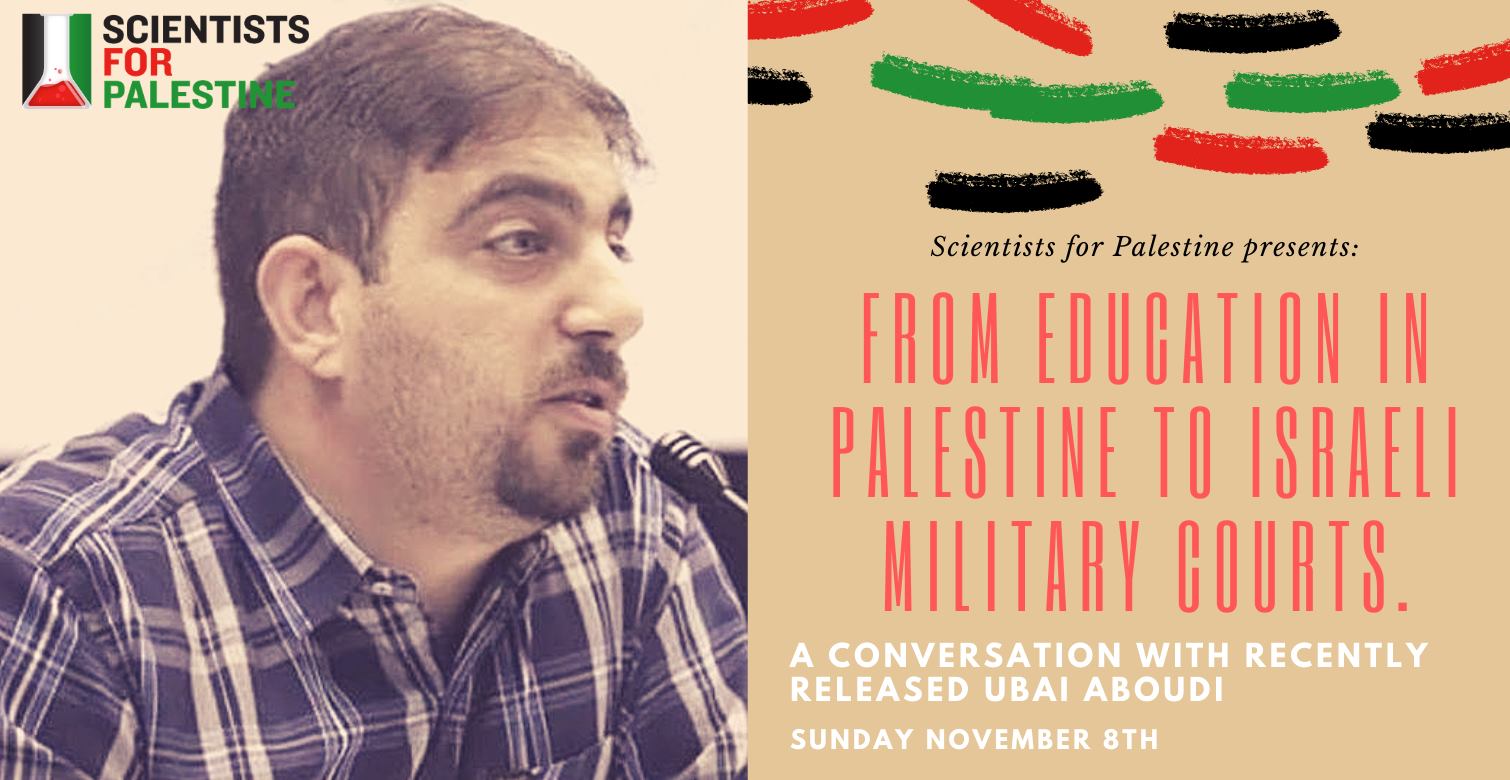 Scientists for Palestine is extremely proud to announce an entire webinar dedicated to celebrate the return to his family of our colleague Ubai Aboudi.

Ubai will touch upon his experience in military jail, the prospects of education and research in Palestine and many other topics. The meeting will be convened and moderated by Haynes Miller, Professor of Mathematics at the Massachusetts Institute of Technology.

Palestinian-American researcher Ubai Aboudi, Director of the Bisan Center for Research and Development, is finally free after almost a year spent in Israeli jails. Brutally abducted from his home by Israeli military forces on the night of November 13th 2019, Ubai has spent nearly two of the twelve months of imprisonment in Administrative Detention (i.e. detention without charges).

At the time of abduction, Ubai was highly involved in organizing Scientists for Palestine’s International Meeting for Science in Palestine at the Massachusetts Institute of Technology (which took place in January 2020) and his arrest sparked an international outrage which led hundreds of scholars worldwide, including Nobel laureate George Smith and world renowned Noam Chomsky, to call for his immediate release.