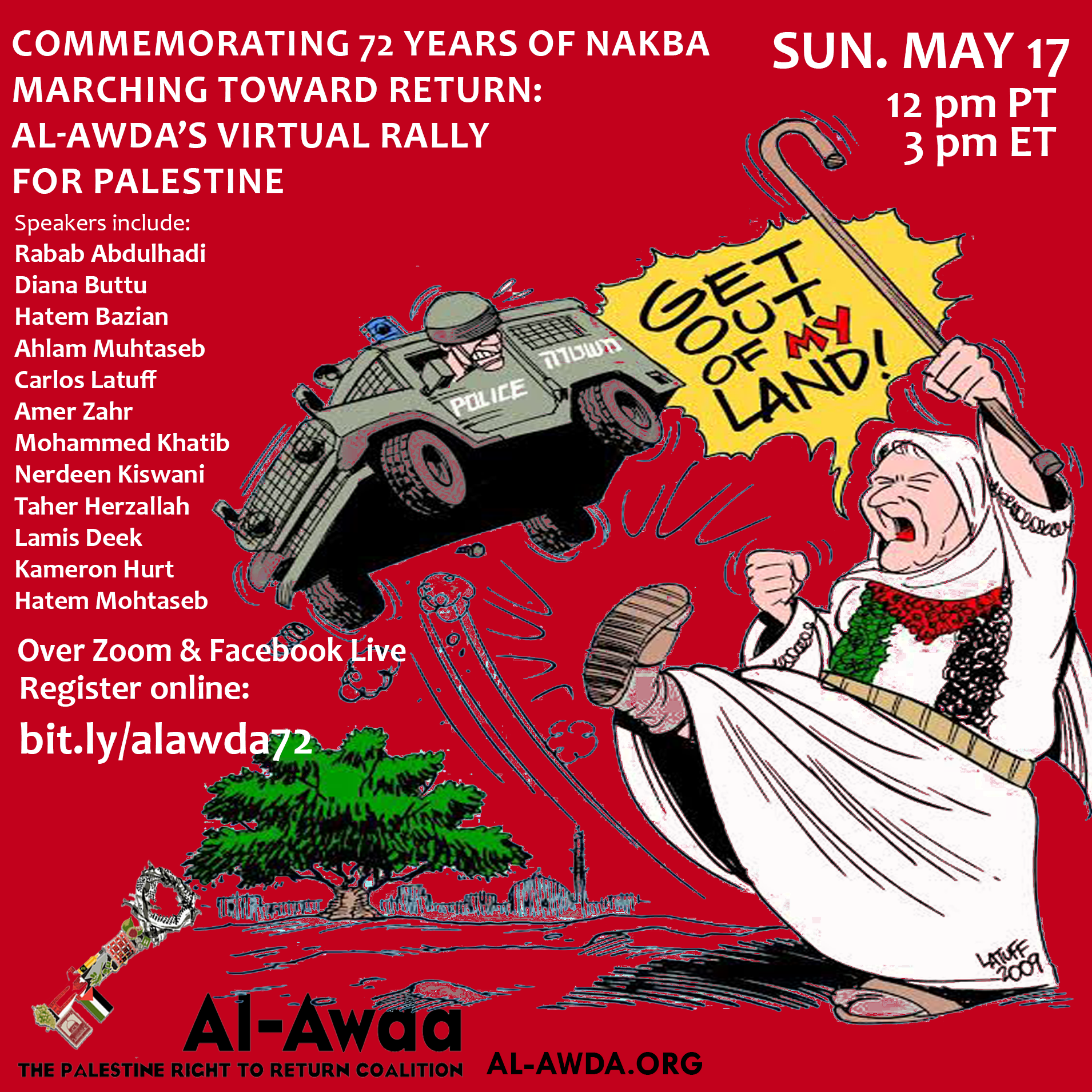 Join Al-Awda, the Palestine Right to Return Coalition online for a virtual rally for Palestine:

REGISTER ONLINE FOR THIS EVENT: https://bit.ly/alawda72
This rally willl also be livestreamed on the Al-Awda, The Palestine Right to Return Coalition Facebook page.

Join us to stand for Palestine and the Right to Return!

This event will launch with an online virtual rally for Palestine. We may not be able to rally collectively in the streets this year, but we can rally together online! This empowering program will emphasize the continuing struggle to confront the continuing Nakba and to ensure return to Palestine.

The virtual rally will be followed by a panel discussion with analysis and education about the history of the Nakba and the colonization of Palestine, the situation of Palestinian refugees in the camps and the attack on the right of return, the so-called “deal of the century” and the Palestinian response, and what we can do to build the movement for liberation and return.