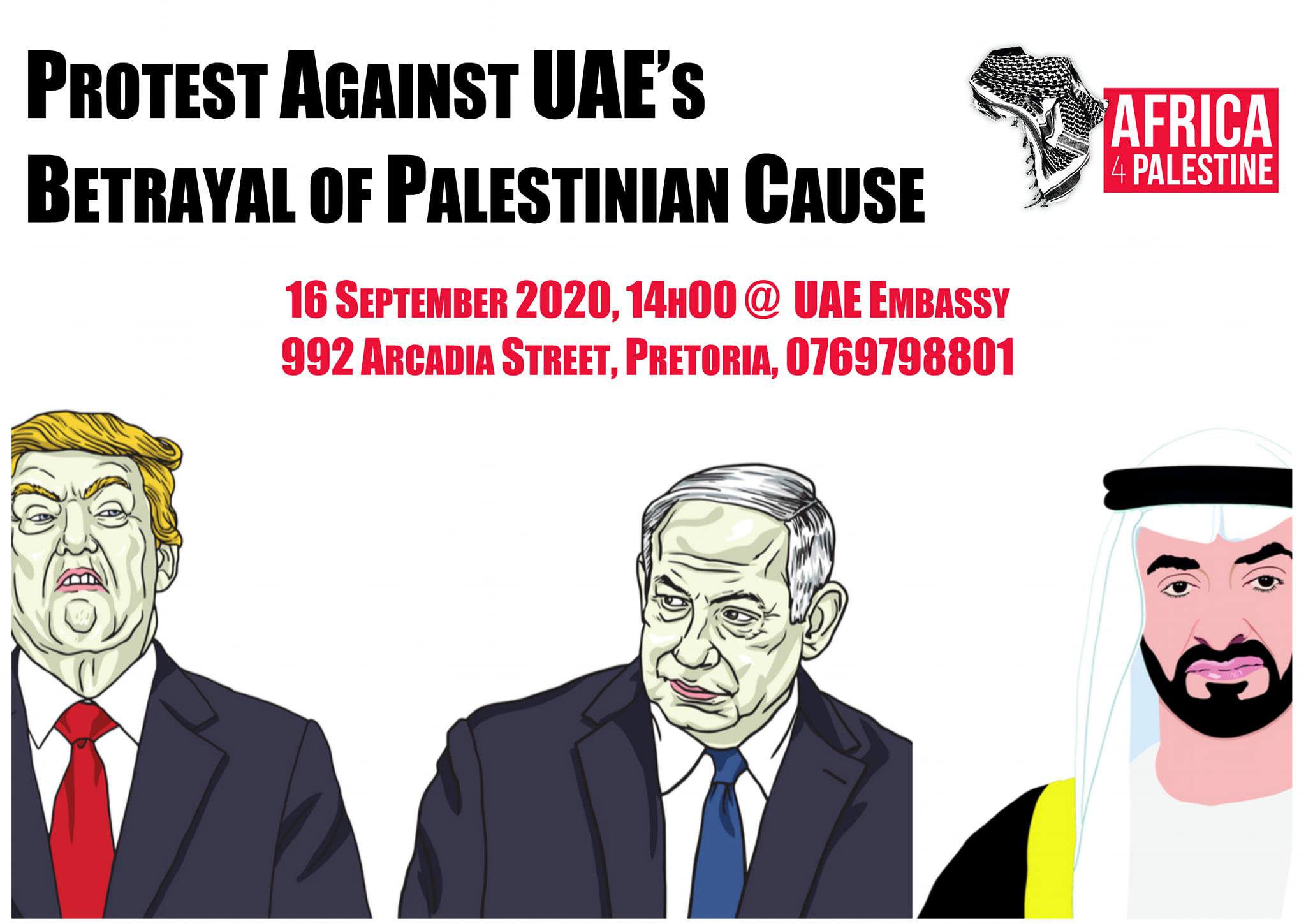 The “Abraham Accord” is an agreement in which the UAE and Bahrain will depart from their decades long commitment of boycotting and not having relations with Israel until the regime ends its unlawful occupation of Palestine.

The move by the UAE and Bahrain to sign this agreement is rightly being called a ‘stab in the back of the oppressed Palestinians’ as it effectively allows Israel to continue with its unlawful occupation of Palestinian lands while maintaining relations and facing no consequences for its illegal actions.

The human rights organization #Africa4Palestine joins the Palestinian government, Palestinian political parties (including the PLO, Fateh, Hamas, PFLP, DFLP and others) as well as all peace loving people in Palestine and the world over in condemning the “Abraham Accord” as an insult to the oppressed Palestinians and an utter disregard for human rights and international law – indeed a shameful betrayal of the Palestinian people in their quest for freedom, justice and peace.

We join the South African government in not approving this agreement. We call for stringent global action to be taken against Israel and its enablers for Israel violations of international law. The UAE should be on the right side of history with those countries who are holding Israel accountable for its human rights abuses instead of rewarding the Israeli regime.

We will be holding a lawful protest at the UAE Embassy in Pretoria (992 Arcadia Street) tomorrow (Wednesday 16 September 2020) starting at 14h00.