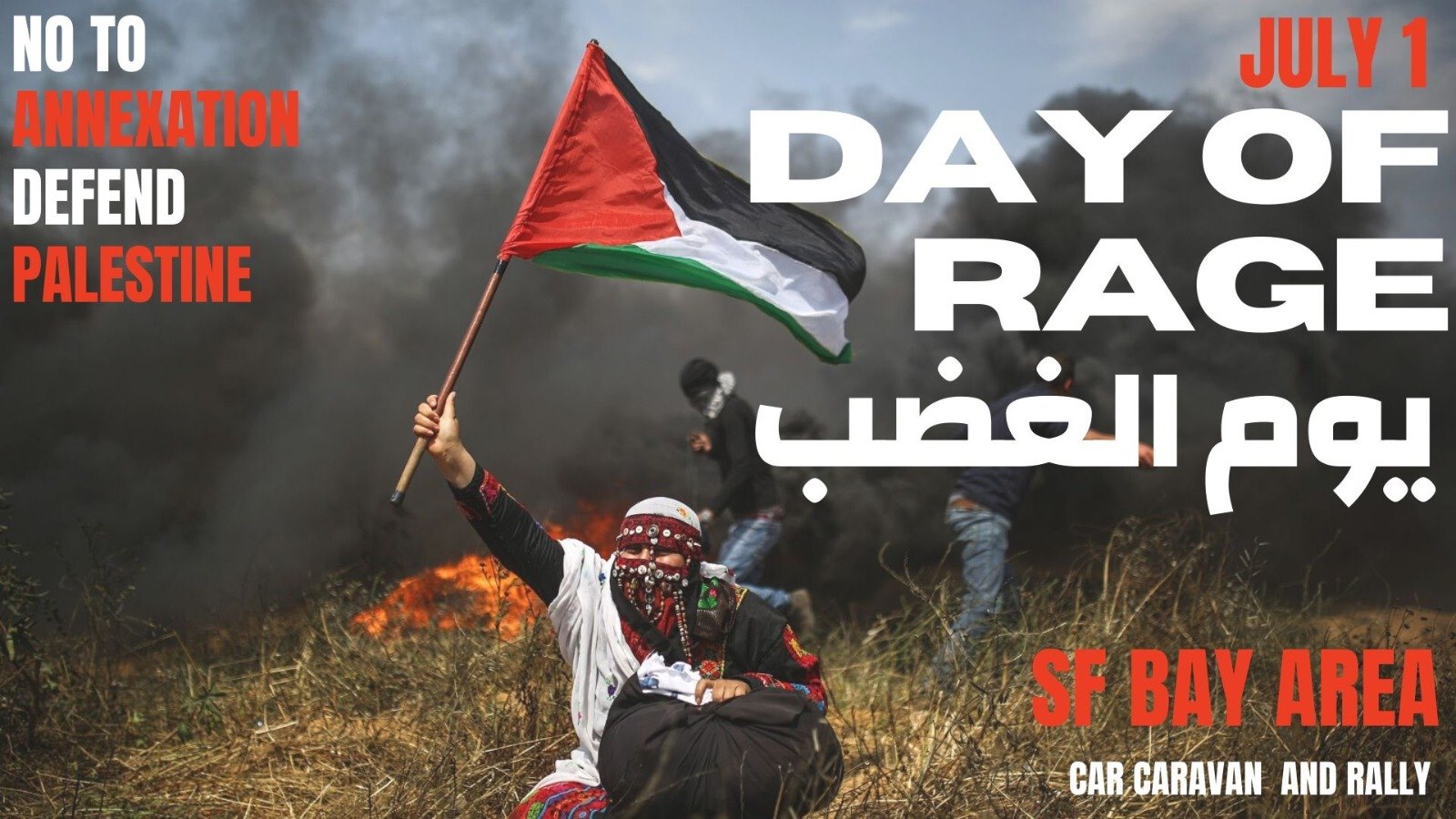 The San Francisco/Bay Area Chapter of Al-Awda, the Palestine Right to Return Coalition and the Palestinian Youth Movement and the Palestine Action Network call upon all Palestinians and supporters of freedom, equality, and justice – in Palestine and around the world, to protest the planned annexation of more Palestinian land. We call on the Palestinian community, and those engaged in indigenous/anti-colonial, anti-racist/anti-white supremacist struggles against state violence and racial oppression, to link arms and struggle together in an act of international solidarity!

On July 1st, Israel is set to begin the formal annexation of 30% of the West Bank. The West Bank has been occupied since 1967 and the settlements that exist there already are illegal by international law. These further encroachments on Palestinian land are unacceptable. Annexation is nothing new in Occupied Palestine; the entire Zionist project has depended on land and resource theft, the displacement of indigenous Palestinians, military occupation, imprisonment, and colonial violence. The continued expansions of Jewish-only settlements on occupied land, the US embassy move to Jerusalem, the so-called “Deal of the Century”, and the formalization of annexation are the latest manifestations of Zionist colonial rule.

*Due to the sudden and dramatic spike in Covid-19 cases in California, event organizers of the 7/1 Day of Rage have decided to make the primary focus of this action to be a car caravan.

We apologize to those that don’t have access to a vehicle, however, we want to ensure the utmost health and safety of our community first and foremost.