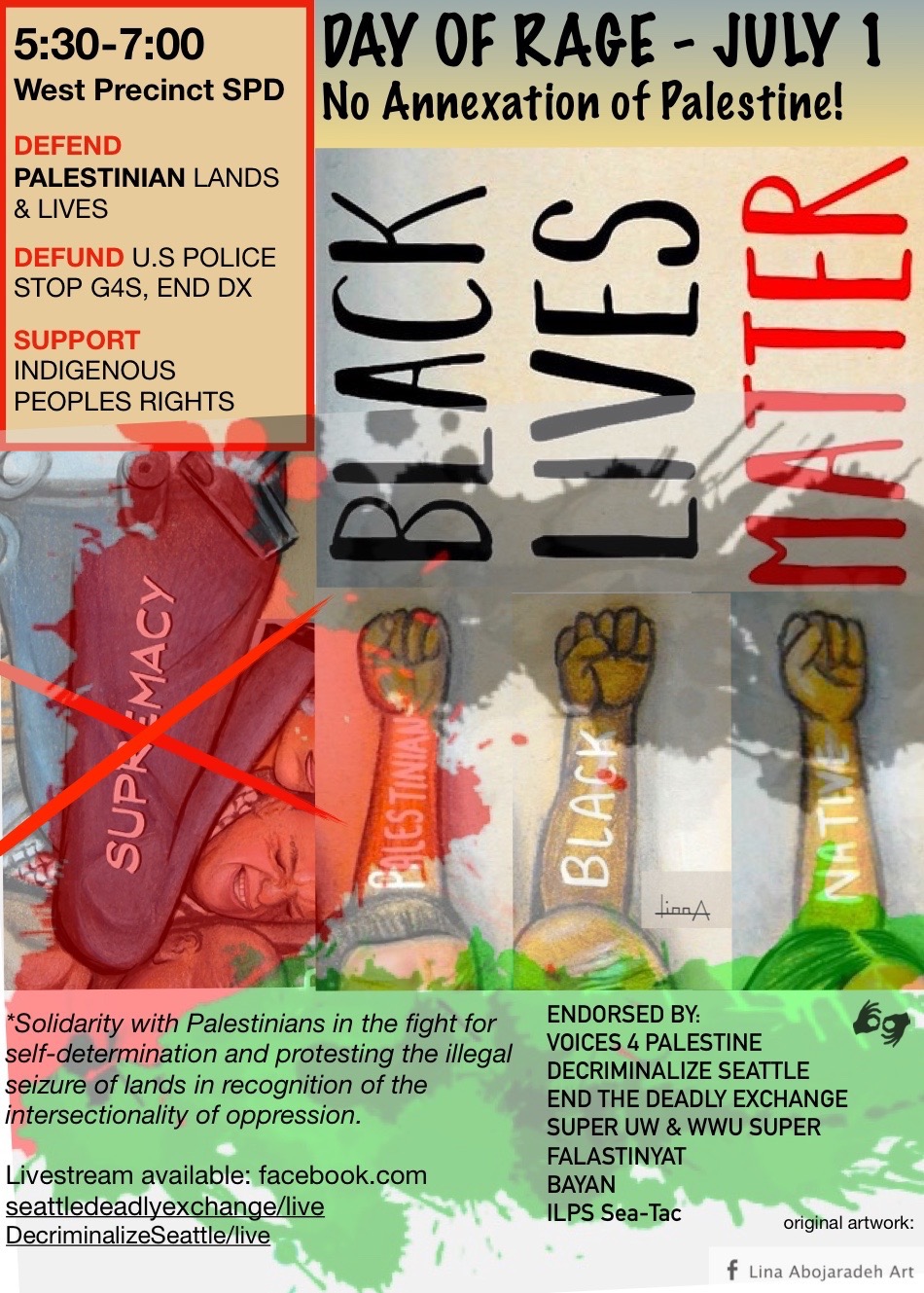 In solidarity with the Samidoun Palestinian Prisoner Solidarity Network’s global call to action to confront Israeli annexation and struggle for a free Palestine, we are organizing a local Day of Rage rally at the West SPD Precinct. Along with actions organized by Palestinian communities in exile and diaspora and solidarity movements around the world, Seattle Palestinian, Black and Indigenous communities are organizing a Day of Rage rally against Israel’s annexation of the West Bank of Palestine and against police terrorism in the US. We demand the defunding and dismantling of US police alongside the defunding and dismantling of Zionist colonialism and racist Israeli apartheid. Join us on Wednesday, July 1st from 5:30-7:00 at the SPD West Precinct [810 Virginia Street, Seattle WA 98101]. Bring your masks, uphold social distancing, bring signs and bring your rage.

Our collective demands:
1) Defund the Seattle Police Department
2) End the Deadly Exchange between SPD and Israeli police and military forces
3) End the City of Seattle’s security contract with G4S

The rally will be live streamed and have ASL interpretation. **More accessibility info to come