Vancouver: Boycott HP and mark International Day of Solidarity with the Palestinian People 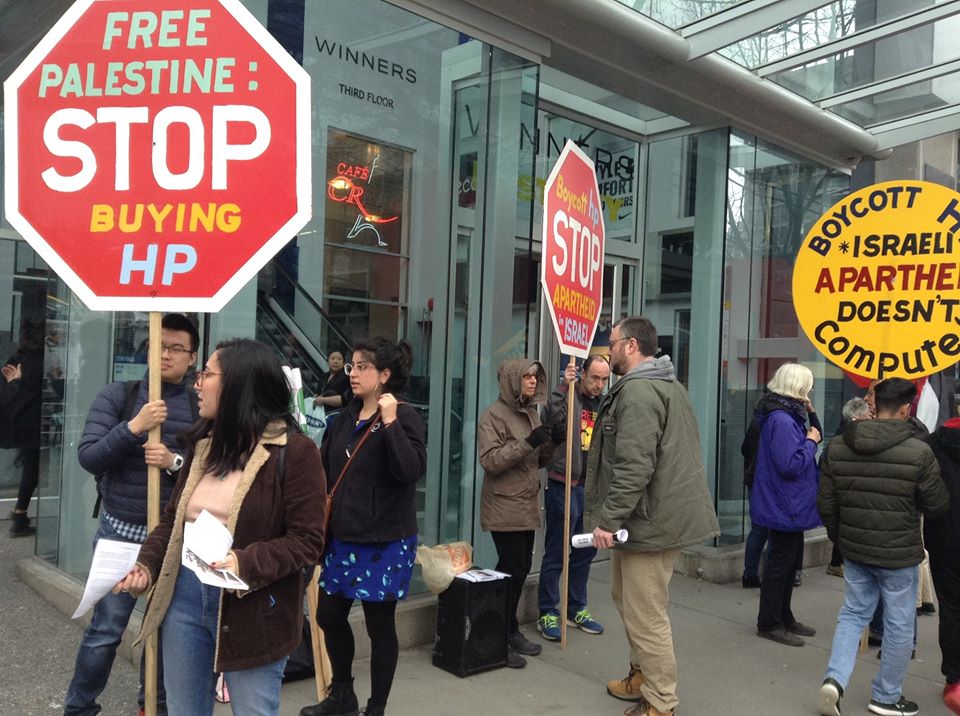 Nov. 29 marks the International Day of Solidarity with the Palestinian People. This year, join with us and show our solidarity with the Palestinians to say #BoycottHP, Technology of Israeli Apartheid!
Hewlett Packard branded companies play a key role in Israel’s oppression of Palestinians. They provide equipment and services to the Israeli military, prison system and government, including the ID card system that underpin Israel’s apartheid policies and its movement restrictions for Palestinians.
Along with providing technology to the Israeli military that maintains Israel’s illegal occupation and the aggression and siege on Gaza, HP provides Israel’s Population and Immigration Authority with the exclusive Itanium servers for its Aviv System. This system enables the government to control and enforce its system of racial segregation and apartheid against Palestinian citizens of Israel, and is directly involved in Israel’s settler colonialism through its “Yesha database”, which compiles information on Israeli citizens in illegal settlements in the occupied Palestinian West Bank.
https://bdsmovement.net/boycott-hp

There are over 5000 Palestinian political prisoners incarcerated in Israeli jails, 460 of them held under administrative detention without charge or trial. Hewlett Packard Enterprise holds the current contract for maintenance of the Israel Prison Services data systems.
https://investigate.afsc.org/company/hewlett-packard