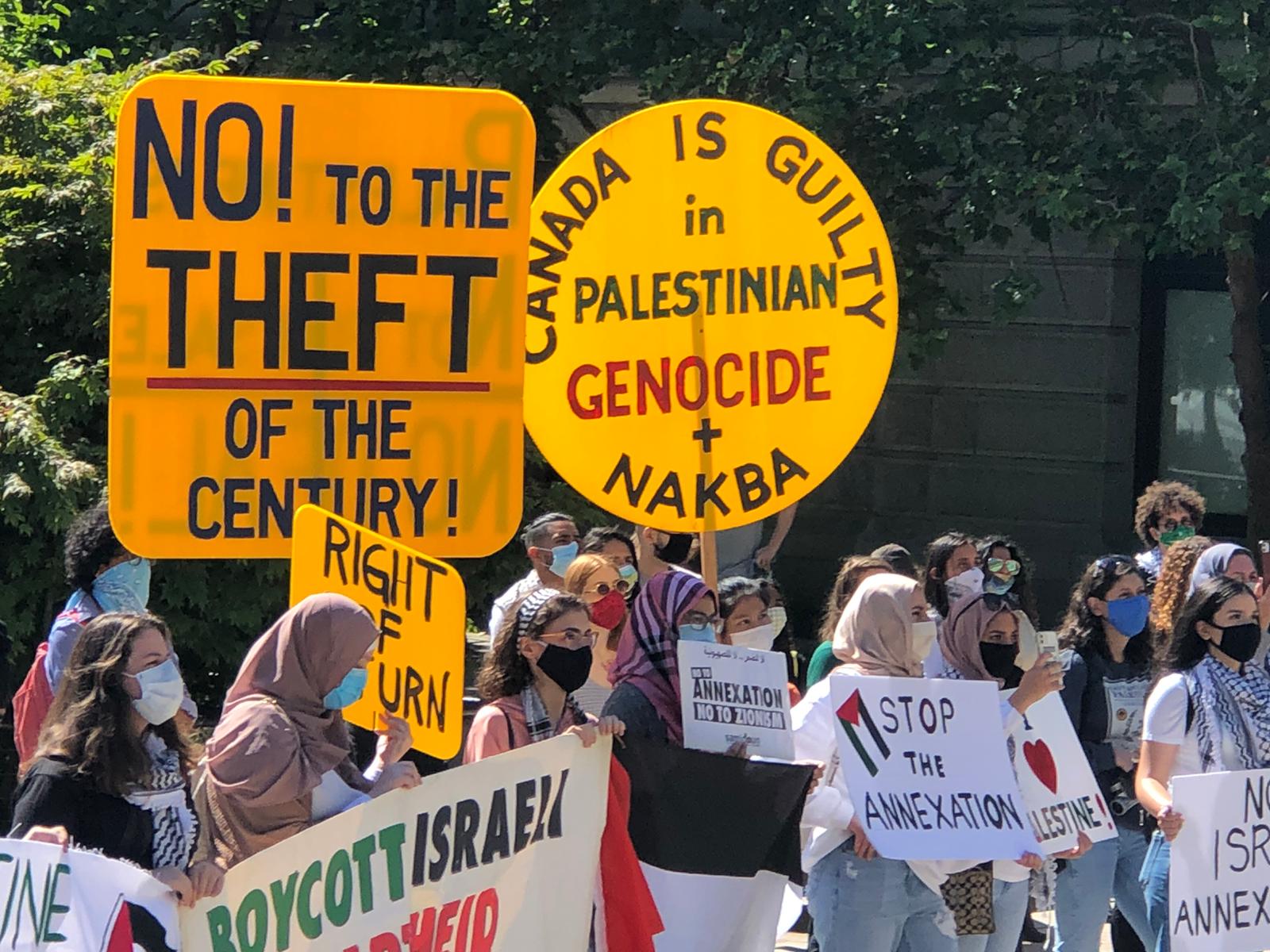 Israeli annexation continues to threaten Palestinians in the West Bank, including the most fertile agricultural land of the Jordan Valley, which is still slated for Israel’s latest land grab.

Join us to stand against Israel’s annexation policy, the siege on Gaza, the mass imprisonment of Palestinians, the demolition of homes, the denial of Palestinian refugees’ right to return and further war crimes and crimes against humanity. Confront the continuation of over 72 years of land theft, dispossession, apartheid and genocide!
Join us SATURDAY, AUGUST 8 at 2:00 PM. We will gather at BROADWAY AND CAMBIE for a visibility picket before bringing our message to boycott apartheid to London Drugs and the BC Liquor Stores!
We will rally for Palestine and highlight several campaigns for boycott, divestment and sanctions, including:

* Hewlett Packard branded companies play a key role in Israel’s oppression of Palestinians. They provide equipment and services to the Israeli military, prison system and government, including the ID card system that underpin Israel’s apartheid policies and its movement restrictions for Palestinians.

* For many years, there has been an ongoing local campaign to call for a boycott of Israeli wines, many of them produced in the Occupied Territories, which are being sold in our publicly owned BC Liquor Stores. We asked David Eby, BC Attorney General, to respond to this issue but to date have received exactly the same response we got from previous BC governments, which was to stonewall and ignore our concerns.

Join the protest! Message us here to get involved, endorse the protest or build these BDS campaigns for Palestine!

** Note – COVID-19 protections will be followed! Please wear a mask and stay appropriately physically distanced – thanks! **