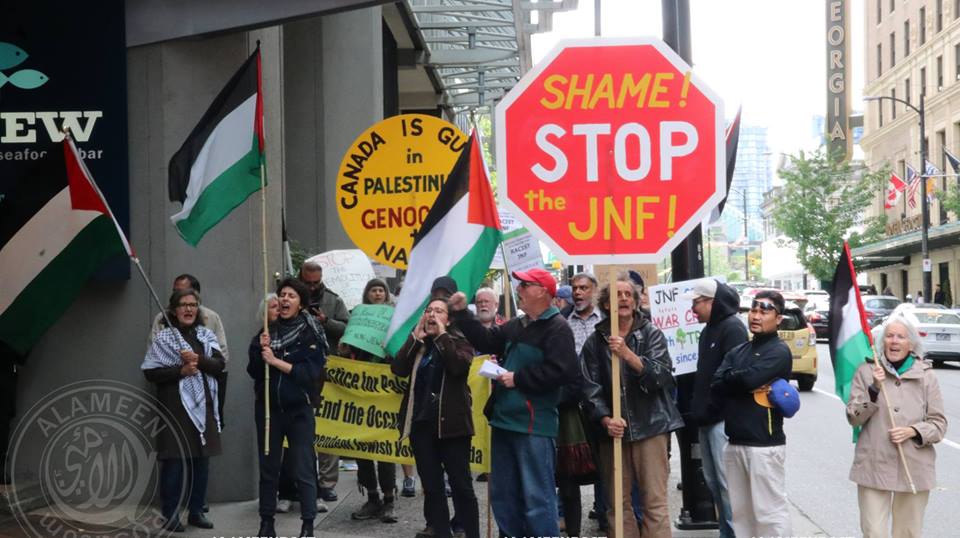 Once again this year, Vancouver activists are issuing a callout to protest the fund raising gala of the Jewish National Fund. The racist and discriminatory policies of the JNF have been well documented and are of particular concern here in Canada due to the creation of “Canada Park” on the ruins of 3 Palestinian villages in the occupied West Bank. A recent CBC expose also revealed that JNF solicits donations and issues charitable tax receipts for funds that go directly to the Israeli military and to the illegal settlements in the occupied territories.

This year is also an occasion to mark Palestinian Land Day and the one year anniversary of the Great Return March in Gaza; since March 30, 2018, 220 Palestinians have been killed by the Israeli military and tens of thousands injured.

Call on the Canadian Government to revoke the tax deductible status for the JNF, and stop being complicit in these WAR CRIMES.

No Canadian Charity for the Israeli Military!
No Tax Breaks for Apartheid and Colonization!