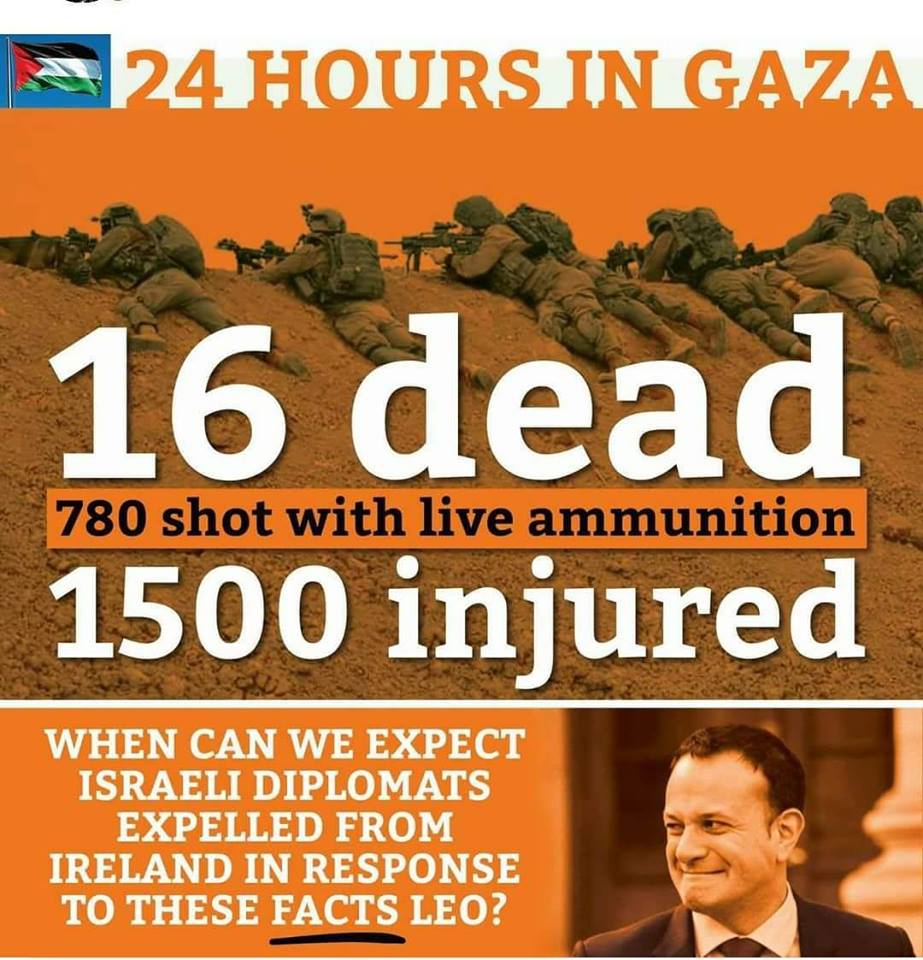 On Friday, 30 March, 16 Palestinians were killed and over 1416 injured by the snipers and gunmen of the Israeli occupation army o the occasion of Land Day. Around 30,000 Palestinians gathered at the “borders” of the Gaza Stip for a peaceful march under the slogan, “The Grand March of Return,” to demand the right of return of Palestinian refugees to their homes and villages of origin and the application of UN Resolution 194 and to break the siege imposed on Gaza for 11 years.

We demand:
The immediate expulsion of all Israeli diplomats from Ireland.
– the end of the siege
– an end to the massacres of the population
– sanctions on Israel