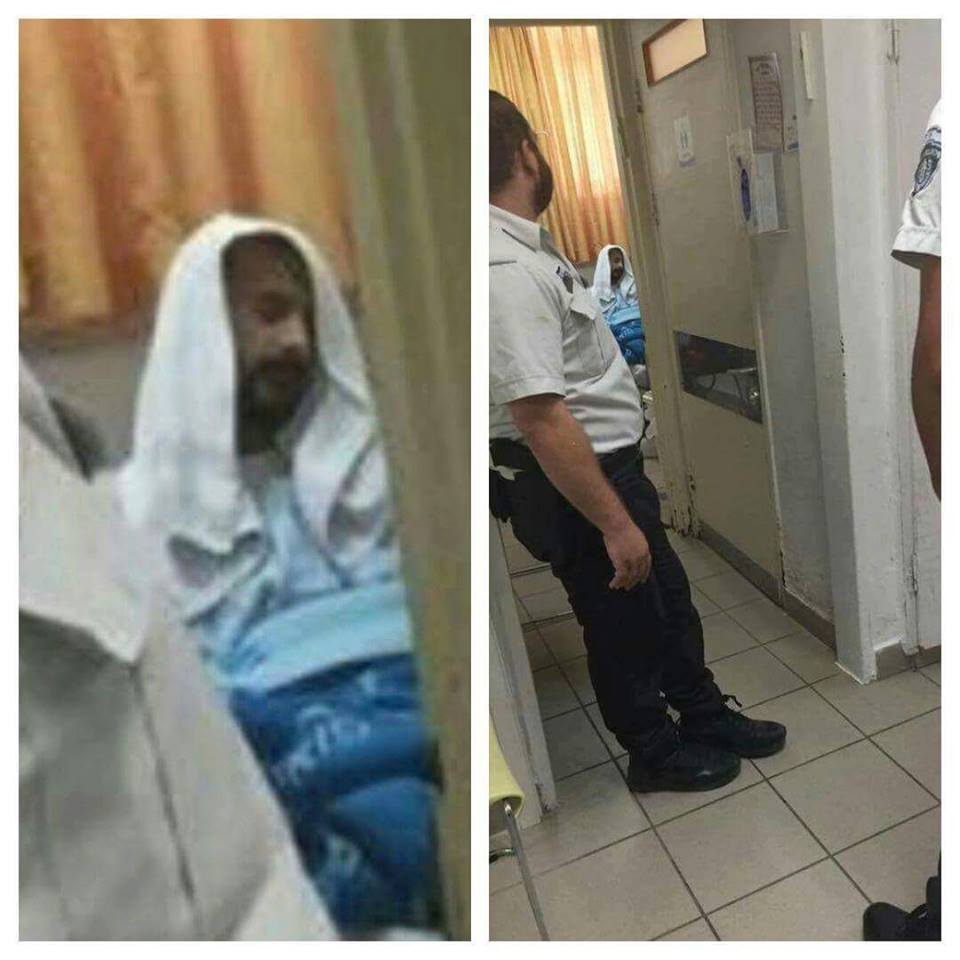 Bilal Kayed is currently on his 56th day of hunger strike and he remains shackled to his hospital bed in Barzilai Hospital. A photo was released yesterday, 8 August, which shows Kayed from a distance inside his hospital room.

In a visit with his lawyer, Farah Bayadsi of Addameer Prisoner Support and Human Rights Association, Kayed said that the director of Ashkelon prison came to his hospital room on 6 August and “held him responsible” for the growing hunger strikes in Israeli prisons. Over 100 fellow Palestinian prisoners have joined in collective mass hunger strikes in support of Kayed, who launched his hunger strike on 15 June in protest of his administrative detention without charge or trial. Kayed was ordered to six months in indefinitely-renewable administrative detention on 13 June when he was scheduled to be released after completing a 14.5-year sentence in Israeli prison.

Kayed is currently suffering deterioration of his health: he suffers from chest, kidney, eye, ear and leg pain as well as headache. His vision is blurred, his body is numb and he has lost hair; his skin is yellow and peeling. He was told by a doctor following his case that he is entering a very critical stage due to loss of fluids and salts and is suffering from dehydration. She threatened that if he loses consciousness, he will be forcibly treated, a violation of his rights and international conventions and the declarations of the World Medical Association.

The threat to forcibly treat Kayed came as the Israeli Supreme Court rejected an appeal by the Palestinian Prisoners’ Affairs Commission seeking to transfer hunger-striking brothers Mahmoud and Mohammed al-Balboul to the hospital. Like Kayed, the Balboul brothers are held without charge or trial under administrative detention; they are striking to demand their freedom. Mahmoud has been on hunger strike since 5 July and Mohammed since 7 July. The high court rejected the appeal as “interference” in the jurisdiction of the Israel Prison Service. The administrative detention orders agains tthem were confirmed by a military court on Sunday, 7 August. Both are being held in Ofer prison; the brothers are the sons of Ahmad al-Balboul, a Fateh leader assassinated by Israel in 2008. Their teen sister, Nuran, was imprisoned for three months until her release on 12 July.

Imprisoned journalist Omar Nazzal, who is one of the strikers who joined Kayed’s strike to demand his freedom, is suffering from serious medical consequences despite only being on the strike for five days; in his appearance in Ofer military court yesterday, his wife Marlene Rabadi noted that his appearance was yellowed and fragile, and that while he was in the “bosta,” the infamous metal vehicle used to transfer prisoners, he had been beaten and physically abused by the “Nachsom” unit, who also threatened him with forced treatment and forced feeding. Rabadi reported that her husband had been kept in the vehicle for hours following the beating.

On Monday, the prisoners participating in the mass strike in Gilboa prison were prevented from meeting with their lawyers, reported the Palestinian Prisoners’ Society, while others were transferred to isolation in Shata prison. This is one of a series of repressive attacks carried out by the prison administration against hunger striking prisoners, including the isolation of leaders including PFLP General Secretary Ahmad Sa’adat; widespread denial of family visits; confiscation of personal property; invasion and ransacking of cells and the imposition of financial fines. 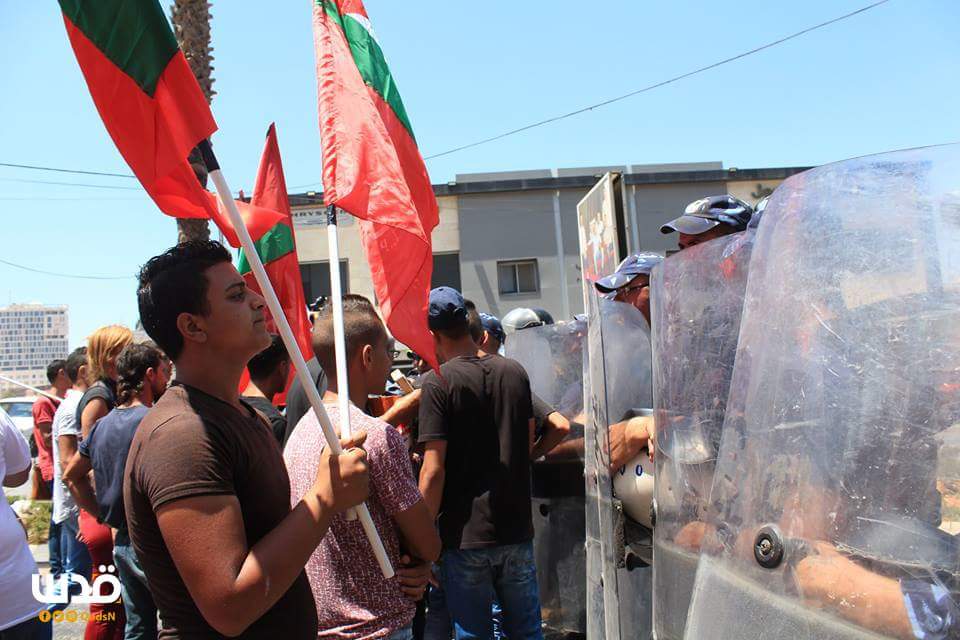 Protests continued outside prison walls as well in support of Kayed and his fellow hunger strikers; protesters in occupied Palestine protested outside Barzilai hospital where he is held, while marchers in Ramallah confronted Palestinian Authority police when they were pushed back from marching to Beit El military occupation site. Participants in the Barzilai protest were attacked by Zionists and one protester was arrested. The attack on the protesters is continuing at this time. 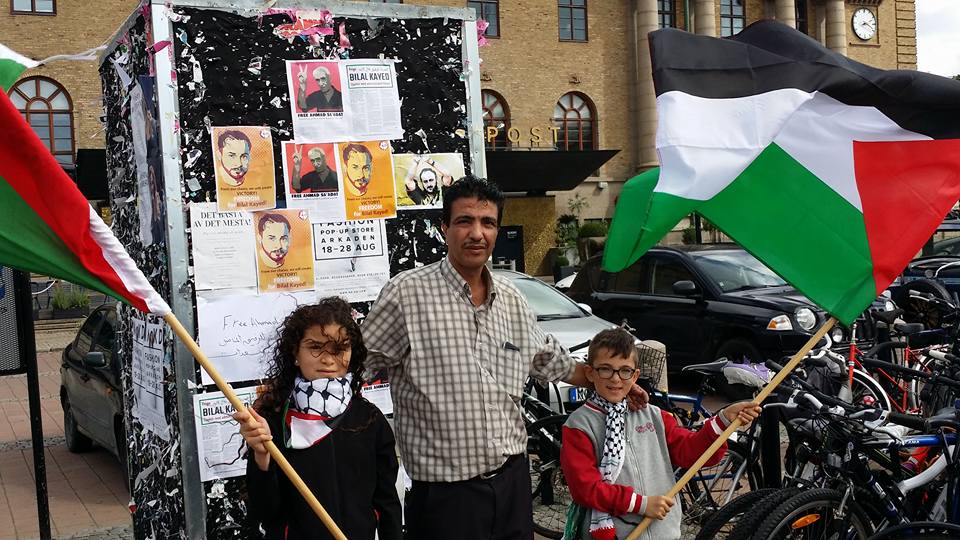 In Gothenburg, Sweden, protesters demanded freedom for Kayed in a protest on 9 August, while in Brussels, Shadi Daana – whose family has been deeply impacted through the political imprisonment of many members, including his father and brother – and Ibrahim Khayar – who recently visited the Kayed family as part of a Belgian delegation to Palestine – spoke about the situation of Palestinian prisoners. Participants carried signs for freedom for Bilal Kayed and political prisoners in US and French jails, particularly the MOVE 9, Mumia Abu-Jamal, Leonard Peltier and Georges Ibrahim Abdallah. 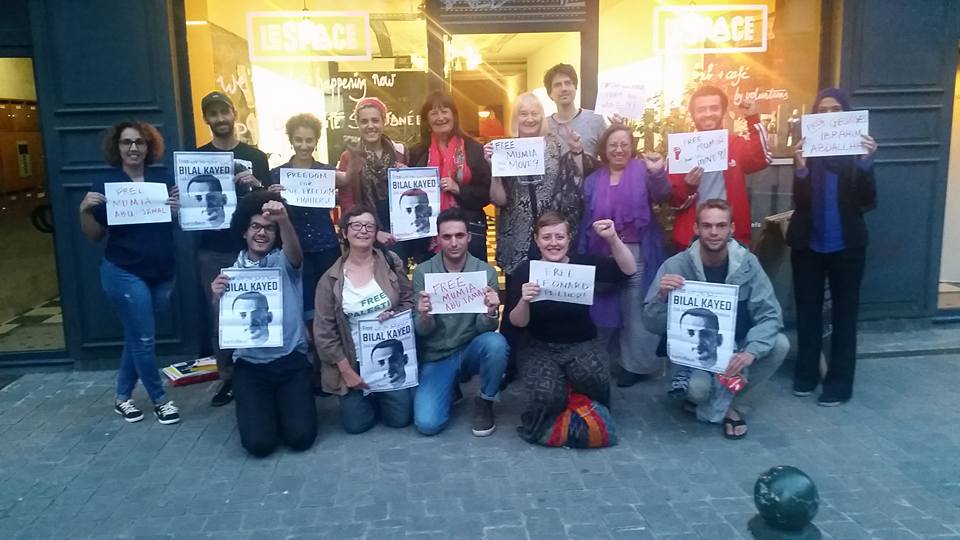 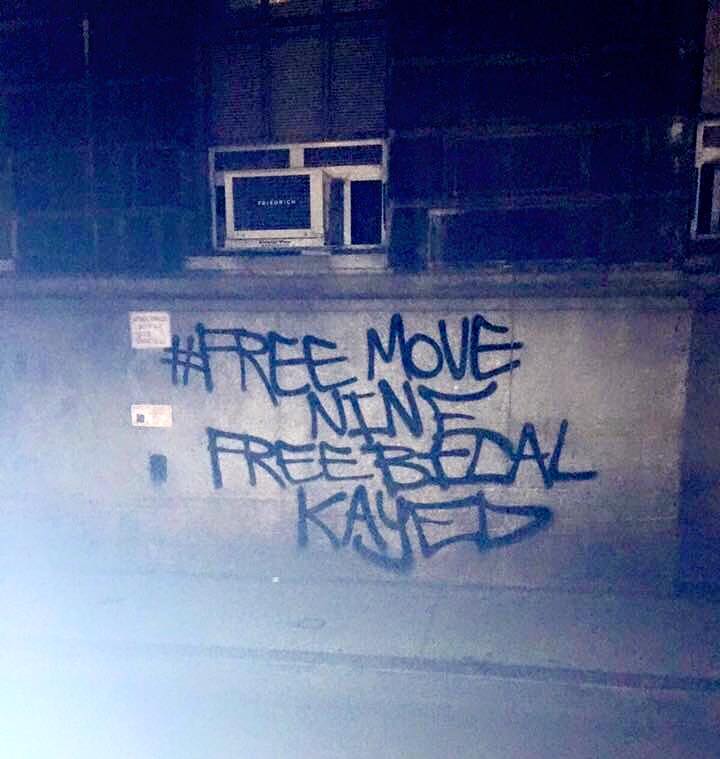 Further international events are planned in the coming days, including a multi-day program in Beirut, Lebanon; a march and rally in New York City; and emergency protests in Dublin, Copenhagen, Montreal, Berlin, Sydney and Vienna.