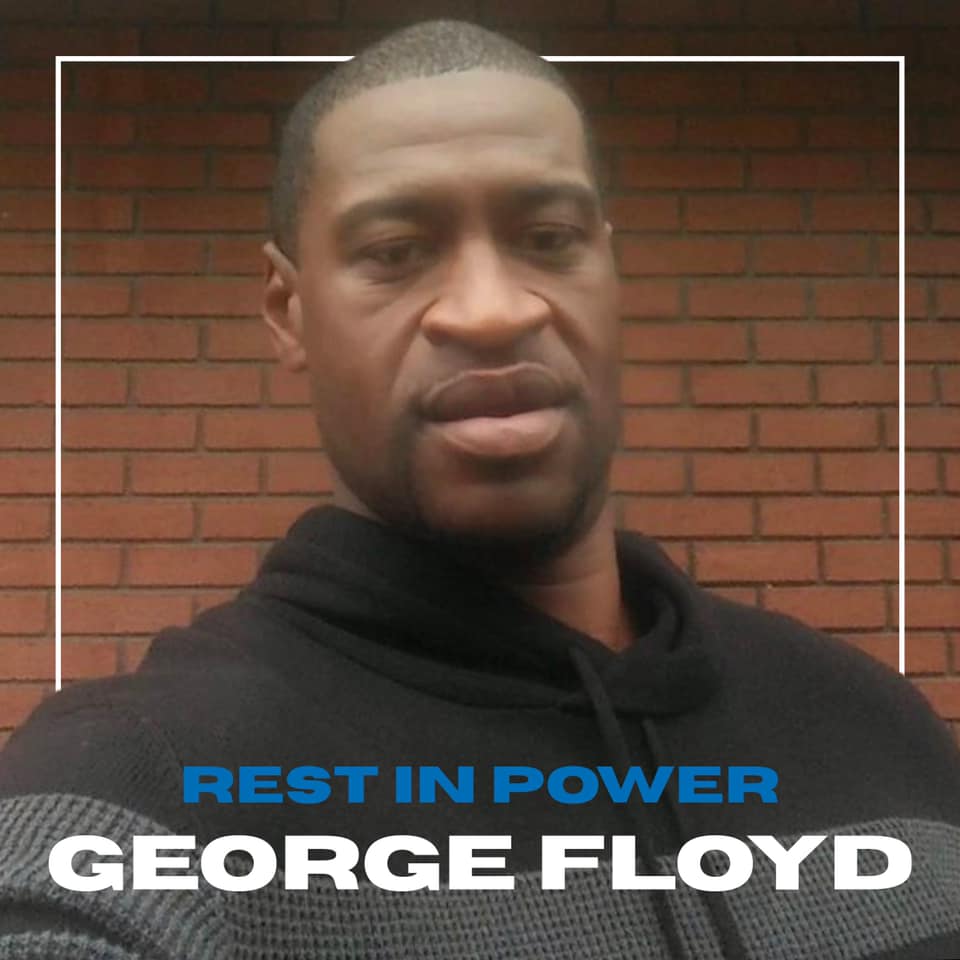 Samidoun Palestinian Prisoner Solidarity Network expresses its firmest support and solidarity to the Black liberation movement, the friends and family of George Floyd and to all of the people taking to the streets in Minneapolis and elsewhere to demand justice, accountability and an end to racist and colonial police terror. The blatant act of police murder, in full view of multiple cameras, indicates a form of confidence and impunity that is not limited to the murderer himself, Derek Chauvin, but reflects the institutional, racist, oppressive structure of U.S. policing. We support the uprising in Minneapolis, the intifada of people subjected to an ongoing, vicious and structural racism, inheriting a lengthy and rich tradition of Black resistance, organizing and struggle.

Tens of thousands have come out to make clear that they will resist the ongoing, violent assault of police forces against oppressed communities and particularly Black and Indigenous communities. As Frank Chapman of the National Alliance against Racist and Political Repression noted:

“Yet another murder of an unarmed Black person in the month of May. Finan Berhe, in Springfield, MD, Ahmaud Arbery in Brunswick, GA, Breonna Taylor in Louisville, KY and now George Floyd in Minneapolis-St. Paul, MN and all this in the worst pandemic in a century. What an outrage, what an American made tragedy that the lynching of Black people continues unabated, that racist terror continues to stalk the land like a beast of prey. With the brutal, callous murder of George Floyd, when one cop crushed the breath out of brother Floyd with a knee pressing down on his neck while other cops stood by watching. At best they were complicit in the murder of George Floyd. No wonder the people rose up in righteous anger demanding justice for George Floyd and an end to this legacy of racial terror that plagues not only the Twin Cities but the entire country.”

As a Palestinian prisoner solidarity network, we are deeply aware that the United States and Israel not only share a common settler-colonial, racist foundation and fundamental reality, billions of dollars in military assets and a joint imperialist project in the Arab region but also tactics, trainings and “security” frameworks used against Black communities in the United States and against Palestinians living under occupation, apartheid and colonialism. We see the indelibly devastating images of the murder of George Floyd and recognize the same racist impunity that did not hesitate to cut down the lives of so many Palestinian and Black martyrs.

U.S. police forces truly are occupation forces inside cities and communities nationwide, and so this sharing of tactics and joint colonial approach comes as no surprise. However, it must impel us toward escalated and meaningful action in solidarity with the Black liberation movement. There is a tradition of internationalism and joint struggle that has a profound history, legacy, present and future in both the Palestinian struggle and the Black movement, an anti-colonial, anti-imperialist framework for liberation.

“Palestinians know well the use of mass imprisonment to maintain racist domination and oppression and breaking the racist structures of imprisonment is critical to our liberation movement. We salute Mumia Abu-Jamal and all of the political prisoners of the Black liberation movement in U.S. jails and call for their immediate freedom…Since the earliest days of the Black movement in the U.S., from slaves revolting for freedom to the civil rights movement and beyond, Black people, organizations and movements have faced severe state repression, targeting, incarceration and killings at the hands of the state. U.S. domestic intelligence agencies such as the FBI, who target Palestinian and Arab communities for state repression, have for years focused on attacking Black movements, leaders and communities as a central project.”

The murder of George Floyd by police was the deliberate killing of a prisoner, a systematic extrajudicial execution. It was a death through torture at the hands of the state, a crime against humanity in a long line of such crimes committed inside and outside the United States by its authority, from the genocide of Indigenous people to the enslavement of Black people to the wars, killings and murderous sanctions of U.S. empire.

“From inside the occupier’s Ramon prison, on behalf of myself, my comrades and the Palestinian prisoners’ movement, we extend our clenched fists of solidarity and salute and arms of embrace to our Black comrades whose struggle for liberation in the belly of the beast continues today against fierce repression…So when we witness the escalation against our movement as we see today in the Philippines, as we see the murderous and orchestrated attacks on our Palestinian resistance, as we see the criminalization of Black people and movements, it is clear that we are still facing the situation that Huey Newton identified and confronted. We are still seeking to defend our peoples from the relentless assaults of capitalism, Zionism and imperialism and their police and military forces…The struggle, the cause, and the movement of the Black Panther Party and the Black Liberation Movement are not a closed file. It is an open file, an ongoing struggle and a continuing movement for justice and liberation….You could feel the legacy of the Black Panther Party and the continuing Black struggle on the streets of Chicago, Oakland and Harlem. There are people who carry within them the legacies of struggle as a human treasure. The experiences of the elders of our movement, especially those who have come through prison, stand alongside the ideas passed down through writing, books and literature in carrying on, from one generation to another, the trajectory and path of struggle toward a future in which youth are coming forward to lead Black and Palestinian revolutionary struggles for liberation.”

Sa’adat continued, with words that resonate with the images and sounds of people in motion in Minneapolis today. “The law – the law of the imperialist and the colonizer – is used to steal the rights and resources of our people and also to justify our imprisonment and repression and criminalization. Through the collective “breaking” of the law and its power to define justice and injustice – when people, collectively, confront and “break” the law, not merely as individuals but as a collective power, it loses its claim to legitimacy. Breaking of the law must become the norm, and not the exception – the law of capitalism, imperialism and exploitation.”

Samidoun expresses our deep solidarity with the intifada in Minneapolis and joins the demands for justice for the martyr George Floyd and the dismantling of the systems that killed him. We urge all to support the organizing being done in Minneapolis, including the work of the Minnesota Freedom Fund, an organization providing direct jail support and bail funds for protestors, as well as the array of movement fundraisers they recommend. We also urge all to join the NAARPR on the 30 May day of action against racist murders and police violence and for freedom for the imprisoned.

Glory to the martyrs – victory will come, through struggle. From Gaza to Minneapolis, from all of Palestine – from the river to the sea – to all of Turtle Island, one struggle for justice and liberation!