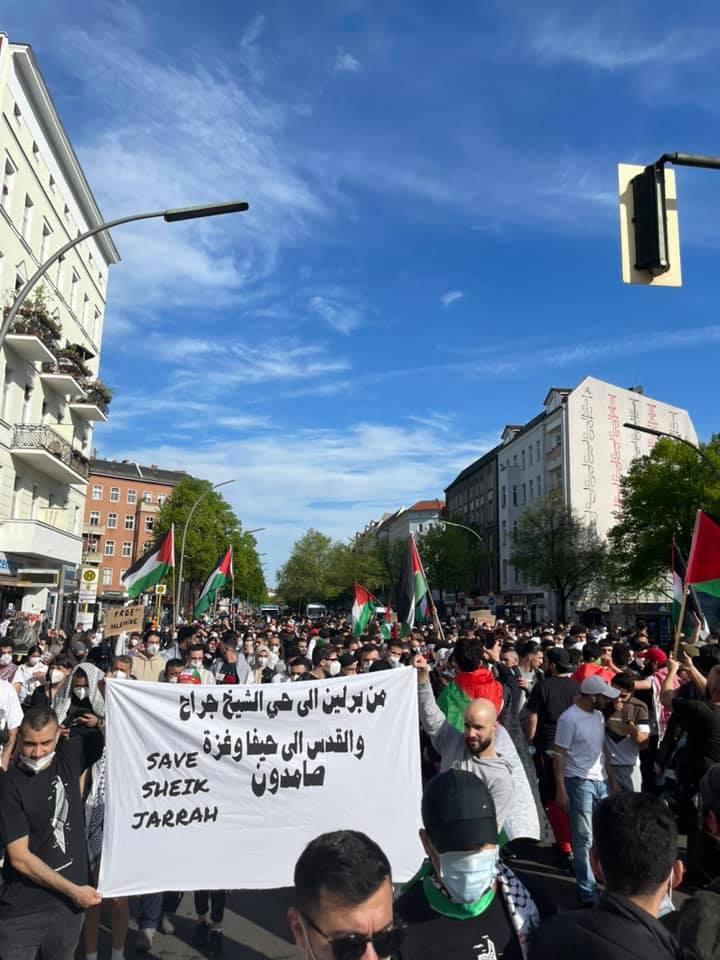 Samidoun Palestinian Prisoner Solidarity Network condemns the arrest of at least four Palestinian youth in Germany by the Berlin police at the #SaveSheikhJarrah demonstration on Sunday, 9 May. Hundreds of Palestinians in the community and supporters of justice in Palestine poured into the streets of Berlin marching from Rathaus Neukölln to Hermannplatz for demonstrations in protest of the ongoing Nakba in Palestine and Israeli ethnic cleansing in Jerusalem, including the targeting of the Sheikh Jarrah neighbourhood and Israeli police violent invasions of Al-Aqsa Mosque. These demonstrations were organized by a number of community groups and organizations. 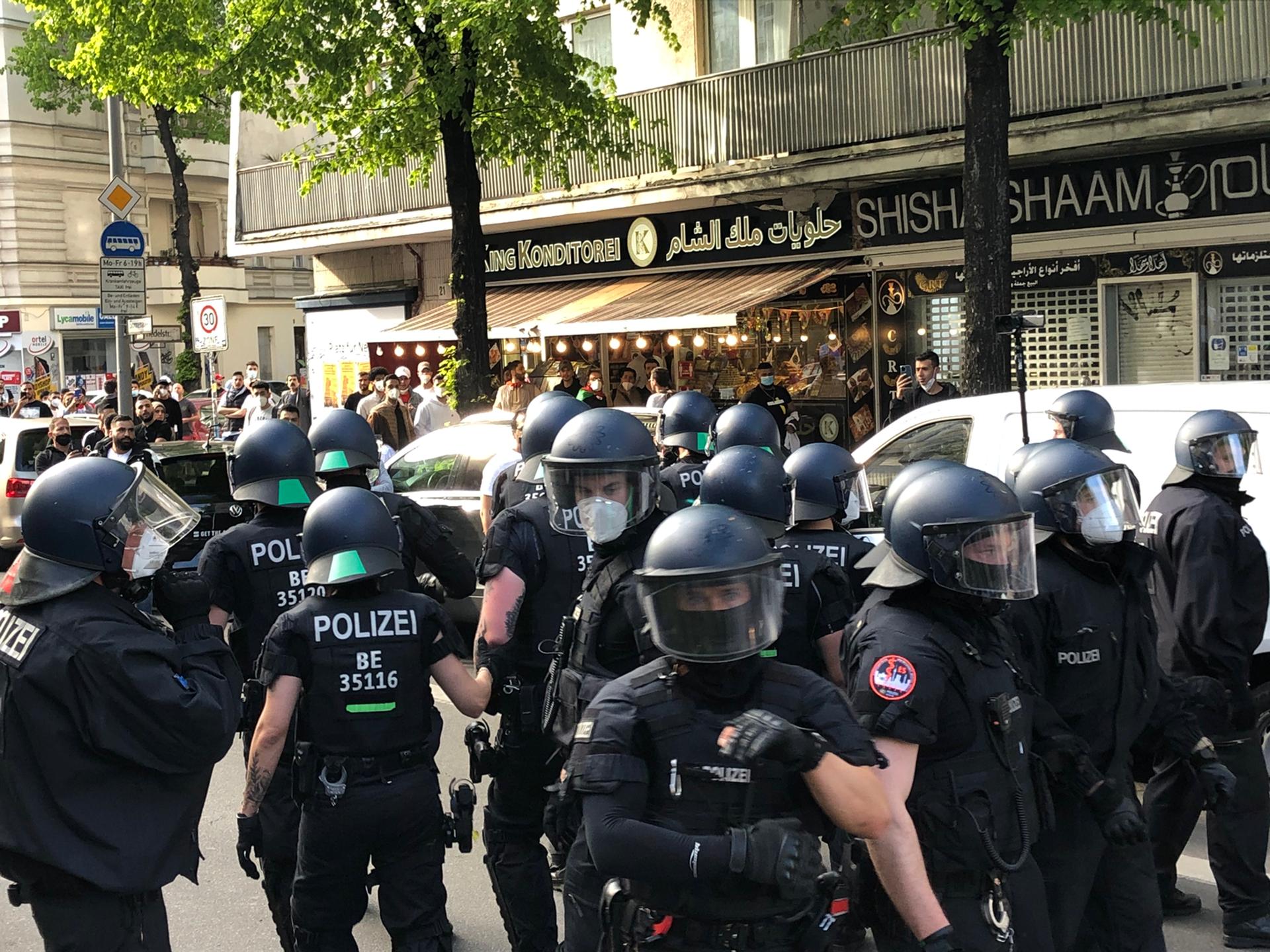 Samidoun urges all Palestinians, Arabs and supporters of justice in Palestine to join us next Saturday, 15 May for the March for Return and Liberation, marking the 73rd anniversary of al-Nakba and the Week of Palestinian Struggle. Join us in Hermannplatz at 3:00 pm for a march to #SaveSheikhJarrah, #DefendJerusalem and for a free Palestine, from the river to the sea! 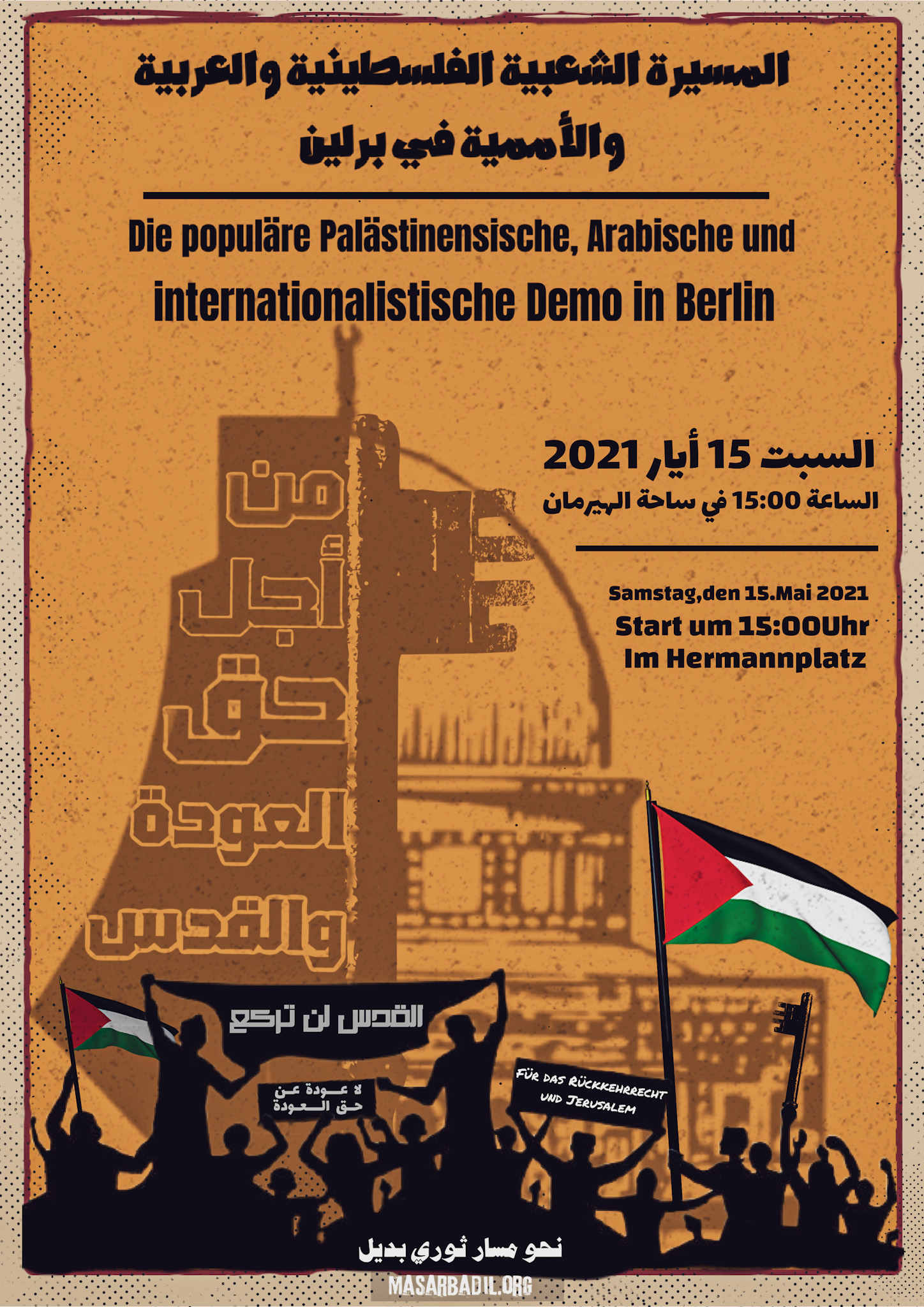