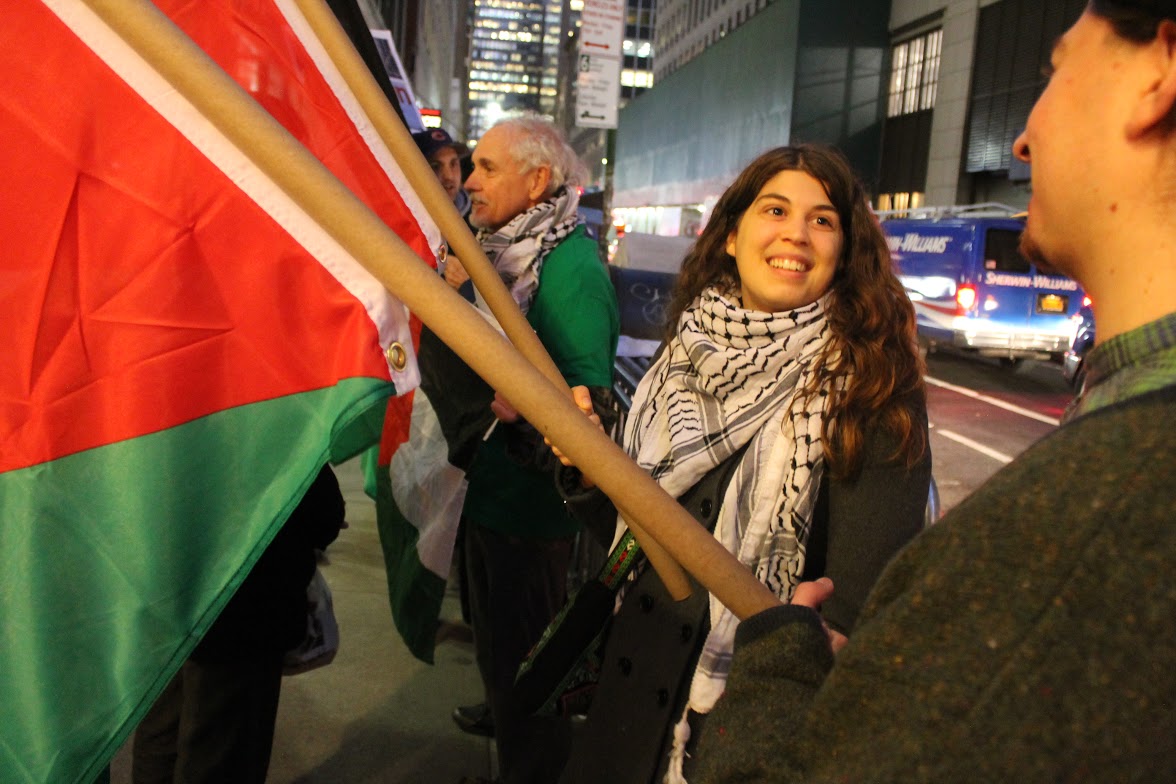 On Friday, 20 November, New Yorkers gathered outside the offices of G4S, the British/Danish security conglomerate subject to a global boycott call for its occupation and apartheid profiteering, including providing security systems and control rooms for Israeli prisons which hold Palestinian political prisoners, and equipping the Israeli police training center that trains the police attacking Palestinians in Jerusalem and at Al-Aqsa mosque. Samidoun NY has been holding weekly protests outside the New York G4S office, demanding a boycott and distributing leaflets with information on G4S’ activities.

The United Nations contracts with G4S as well – up to $22 million annually in contracts. 220 organizations, including Palestinian and international groups, have called upon the UN to stop doing business with G4S because of its horrendous human rights record.

On November 23-30, 2015, coinciding with the International Day of Solidarity with the Palestinian People, activists and organizations around the world are organizing a global week of action calling for the UN to end its G4S contracts: #UNDropG4S.

Samidoun and a number of organizations in New York City will be protesting at the United Nations on Monday, 23 November, as part of this global action; actions will also take place in Amman, in Belgium, and in more cities to be announced. Join the NYC protest: