The Palestinian Circus School has issued a call for action for Mohammed Abu Sakha, a trainer/performer at the school, who was issued an administrative detention order for imprisonment without charge or trial by the Israeli military courts. Follow all updates on Mohammed’s case at their site:  http://www.palcircus.ps/en/content/freeabusakha-trainer-and-performer-palestinian-circus-school 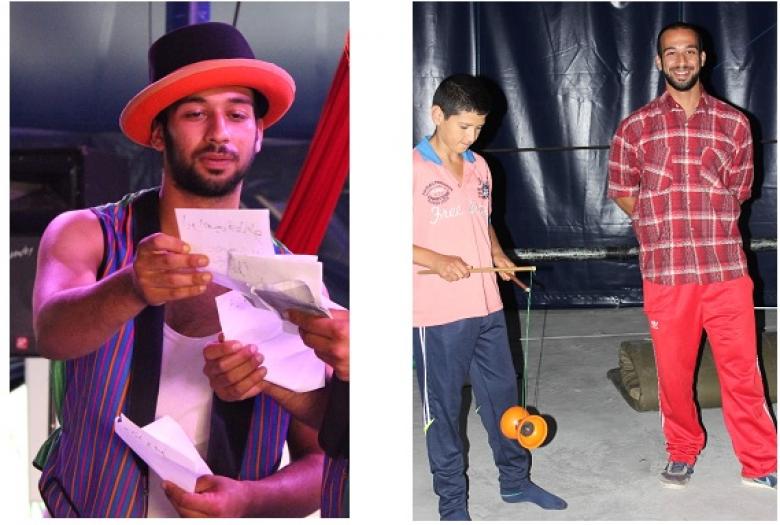 Last Monday, December 14, Israeli soldiers arrested a member of the circus family, Mohammad Faisal Abu Sakha, 23 years old, at Zaatara checkpoint, while on his way from his family home in Jenin to Ramallah to attend a music concert. Mohammad has been detained for a week now, and is being kept in military detention centers in the West Bank. Palestinians arrested under Israeli military law, are mostly exposed to serious physical and psychological violence, transfers and harsh interrogations, sometimes aiming to obtain false confessions.

Mohammad is part of the Palestinian Circus School since 2007, first as a student and since 2011 as a full time trainer and performer. Mohammad is very passionate about his work in general and about the social programs of the school in particular. He’s known with his magic ability to draw smiles on all people’s faces. Mohammed his entire life is dedicated to the circus.

He was arrested without any reason and no charge was made against him.

We strongly condemn the arbitrary detention of our colleague and friend and ask you to join us in solidarity to free Mohammed AbuSakha so he can come back and be with his students, his colleges and his family.

2. For supporters in France, sign this petition to the French government:  https://secure.avaaz.org/fr/petition/Monsieur_Laurent_Fabius_Liberte_pour_Mohammad_Faisal_Abu_Sakha

3. Contact members of your National Parliament or from the European Parliament, political representatives, Ministries of Foreign Affairs or your diplomatic missions. They can enquire about the illegal arbitrary detention of Mohammed Faisal Abu Sakha.

4. Contact your media to bring the story of our arbitrarily detained circus trainer and performer and the illegality of the use of administrative detention without charges.

6. Set up an action in front of the Israeli consulate or embassy in your country. Set up an event, a protest