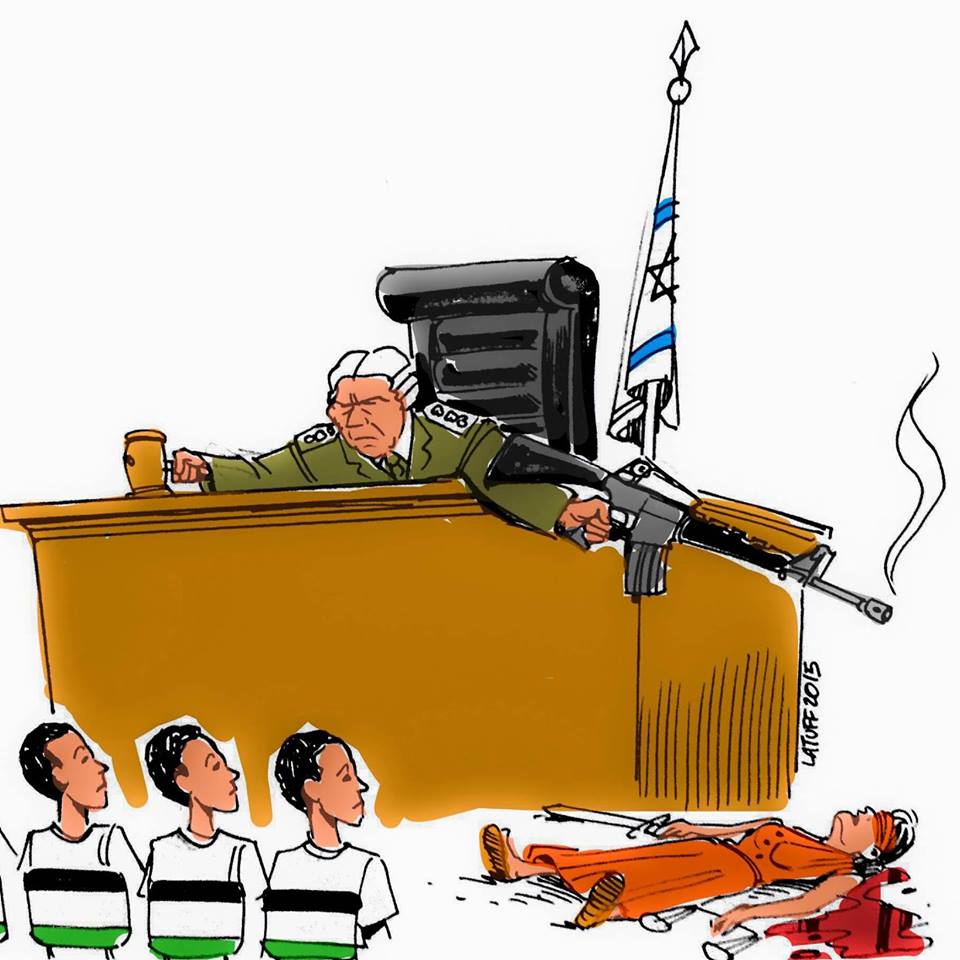 The Hares Boys – five Palestinian teenagers accused of throwing stones at a settler road – were sentenced to 15 years each in Israeli occupation prisons on 28 January, following a plea agreement that ended their military trials, which stretched on for years.

Muhammad Suleiman, Tamer Souf, Ammar Souf, Ali Shamlawi, and Muhammad Kleib were sentenced by the Israeli military court, after their families paid fines of 30,000 shekels each. The Free the Hares Boys campaign noted that the funds to pay the fines were raised with the support of people around the world who contributed to support the boys’ families. If they were unable to pay the fines, an even longer prison sentence would be imposed.

The boys – aged 16 and 17 when detained on 15 March 2013 – were accused of throwing stones at a settler-only road near their village by Israeli occupation forces, who raided their village and targeted young boys in mass arrests. Two settler vehicles had a car accident and a young girl passenger in one of the cars was seriously injured, and died two years later from pneumonia.

As the Free the Hares Boys campaign noted in 2013, “If the boys are convicted, this case would set a legal precedent which would allow the Israeli military to convict any Palestinian child or youngster for attempted murder in cases of stone-throwing.”

The Free the Hares Boys Campaign posted a response to their sentencing on Thursday:

THE DAY THAT JUSTICE DIED

It is now official: the five youth from Hares village will be kept locked up in a zionist occupation prison for 15 years. They are to see freedom and hug their mothers again in 2028.

All this without any real evidence of their supposed guilt, except for “confessions” signed after torture when these boys were only 16, taken away in the middle of the night without access to a lawyer, beaten and abused by armed men in uniform.

All this after almost 3 years going back and forth between zionist prison and military court, where sessions are conducted in Hebrew which none of the boys speak, and where the three individuals in judge chairs are military personnel. Of that same military that has been occupying Palestine for decades.

All this after almost 3 years of protests, demonstrations, letter-writing, petition-signing, and other forms of solidarity from good people around the globe who believe in justice.

These boys’ lives have been taken away from them. Five tragedies, five families that lost their sons to the zionist system that seeks to destroy Palestine and the Palestinians. Boy by boy, mother by mother, family by family.

Perhaps justice still has a chance.

And remember – no one of us is truly free, until all are.