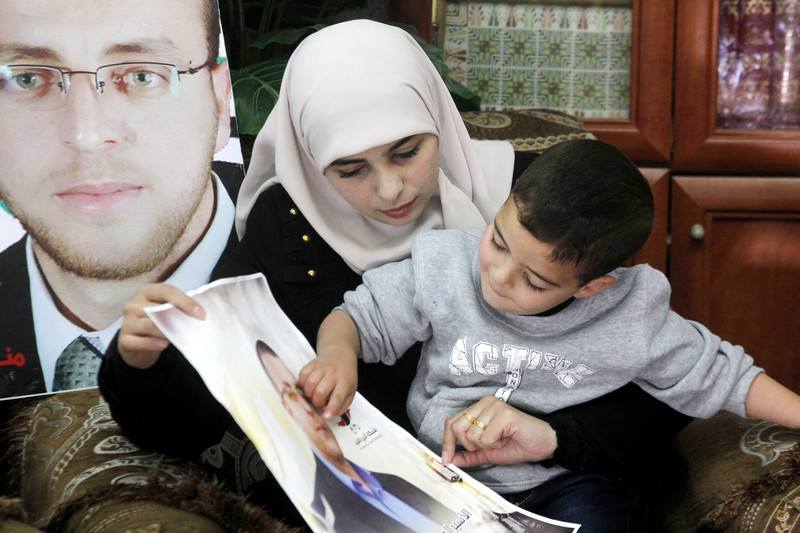 Today marks the 90th day of Palestinian journalist Mohammed al-Qeeq’s hunger strike and he is perilously close to death, according to media reports. The father of two began his hunger strike on 25 November, four days after Israeli occupation forces arrested him from his home in the middle of the night. Al-Qeeq is protesting the illegal and inhumane conditions under which he is detained. He spent several weeks in solitary confinement before he was transferred to a military hospital on Dec. 30, 2015, because of his deteriorating health. Now, he lapses in and out of consciousness and is severely emaciated.

Currently, Israeli prison authorities are holding 6,800 Palestinians as political prisoners. Nearly 10 percent – 660 – are being held without charge or trial, a tactic called administrative detention, which violates the 78th Article of the Fourth Geneva Conventions of 1949. At least 470 Palestinian children also are in Israeli detention, according to Palestinian prisoner rights group Addameer.

We must take action immediately!

Call the White House and State Department and ask them to pressure Israel to release al-Qeeq and allow him to be treated in a Palestinian hospital in Ramallah.

Please Tweet at US Secretary of State John Kerry, the State Department, President Barack Obama and the White House with the hashtag #90DaysTooLong

Global actions against Israeli annexation and to defend Palestine: Endorse the call and add your event

Take action: Endorse and join the 1 July mobilization against Israeli annexation of the occupied West Bank