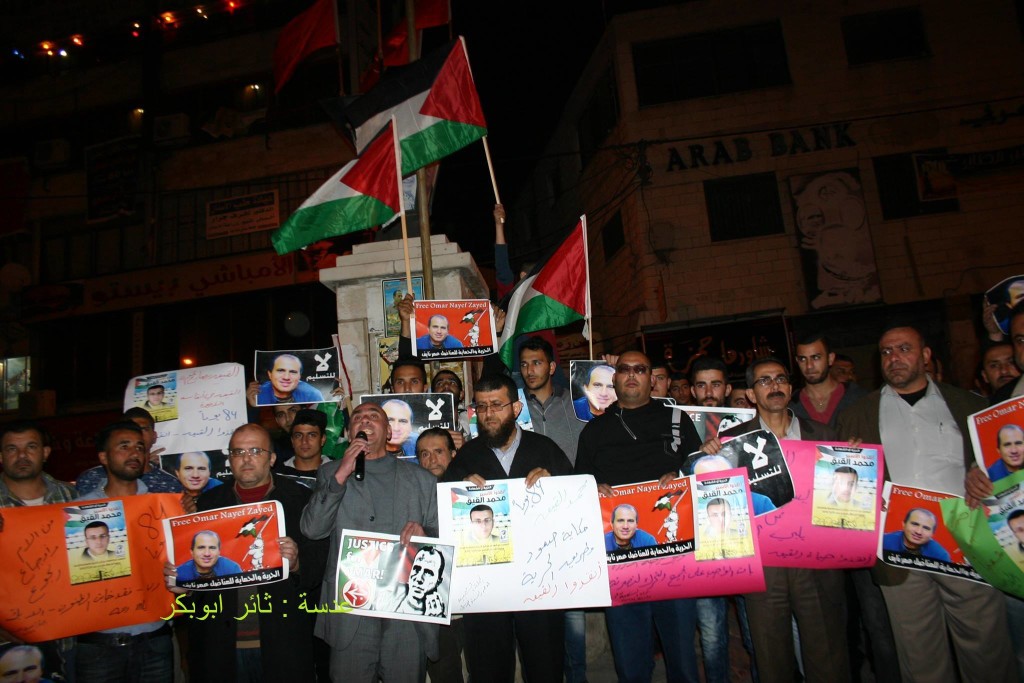 Protests are escalating across Palestine for the freedom of imprisoned journalist Mohammed al-Qeeq and all Palestinian prisoners, as he enters his 85th day of hunger strike. Each day, protesters have gathered in major Palestinian cities, towns, villages and refugee camps.

Several protests in Jenin, Nablus and elsewhere have brought together the call for the immediate freedom of al-Qeeq, held under administrative detention without charge or trial, and justice for Omar Nayef Zayed, the former Palestinian prisoner – and hunger striker – now sought for extradition by the Israeli state from Bulgaria, where he has lived for the past 22 years, with his Bulgarian wife and children. Participants included Khader Adnan, veteran hunger striker, political leader and former prisoner, who demanded justice and freedom for al-Qeeq and Zayed.