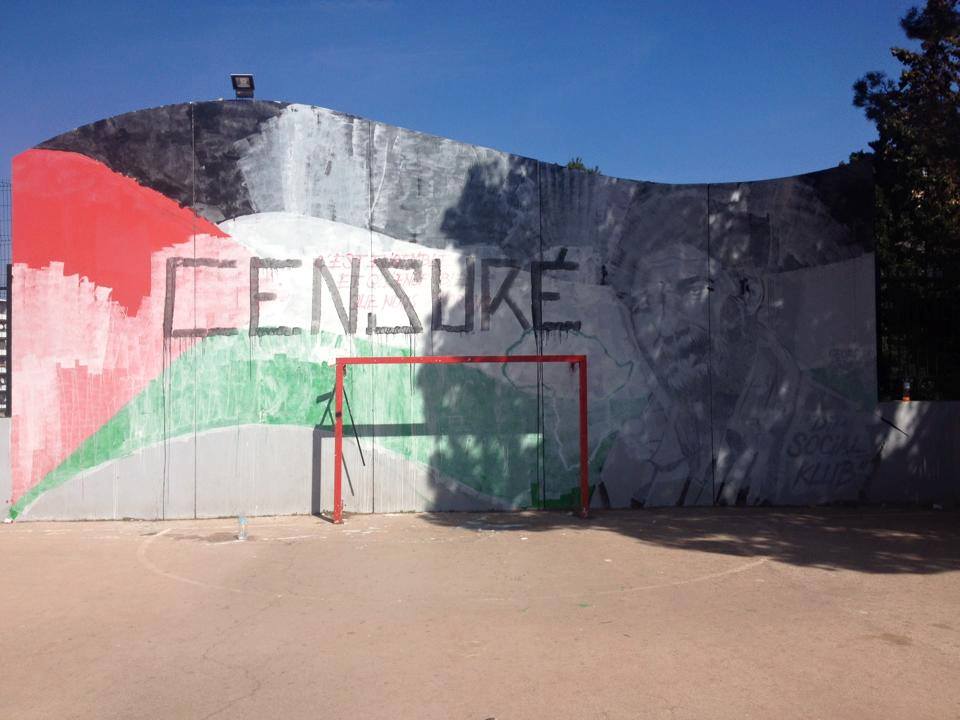 A mural in Marseille has been painted over with “censure” (censored) after the police in the French city declared it a danger to “public order.” The mural featured a large Palestinian flag and the image of Georges Ibrahim Abdallah, the Lebanese communist struggler for Palestine who has been imprisoned in French jails for 32 years.

Painted by the DIP Social Klub as part of a week against racism and a series of events on 23 and 24 March in Marseille’s La Savine neighborhood to unite anti-colonial struggles, struggles for migrant justice, and the struggle to free political prisoners, the mural’s placement had been approved by the housing complex where it was located. Films and discussions included art and cultural events, talks by residents of the neighborhood, and films and events discussing the cases of Georges Ibrahim Abdallah, Salah Hamouri, Ahmad Sa’adat and other Palestinian prisoners. 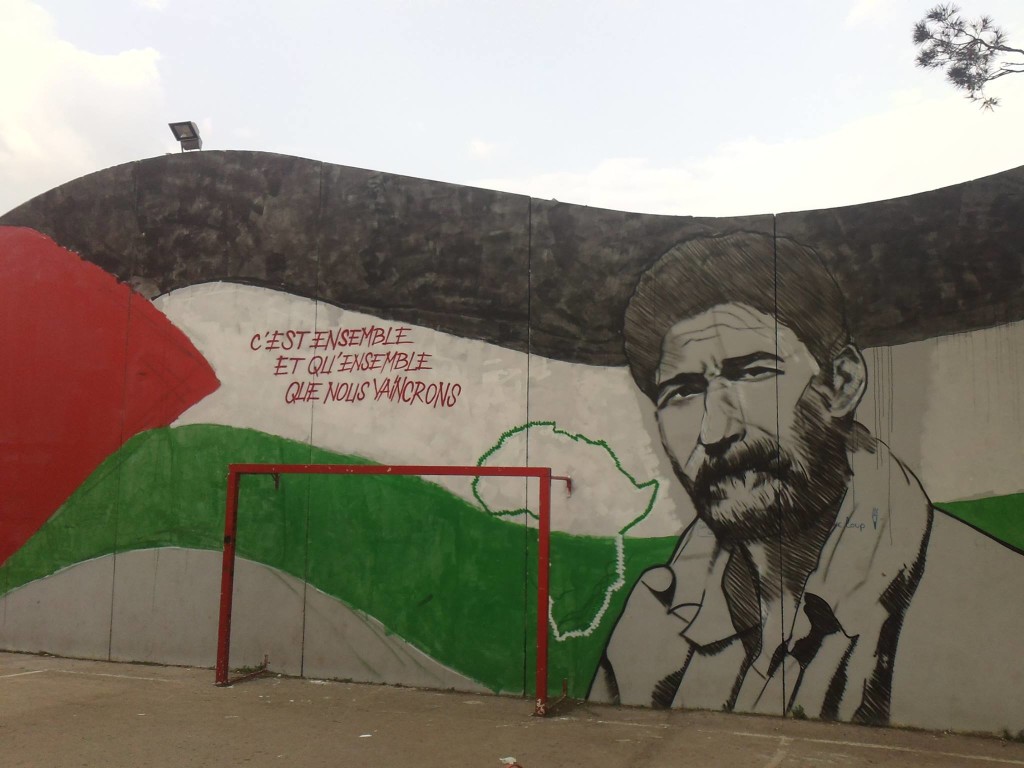 However, within 24 hours, police intervened and demanded the mural’s removal; organizers indicate they received heavy political pressure to force the removal of the mural. In addition, activists are also being pressured to remove graffiti against the militarization of their neighborhoods, for example, the slogan “No to the army in our neighborhoods! War on precarity instead.” 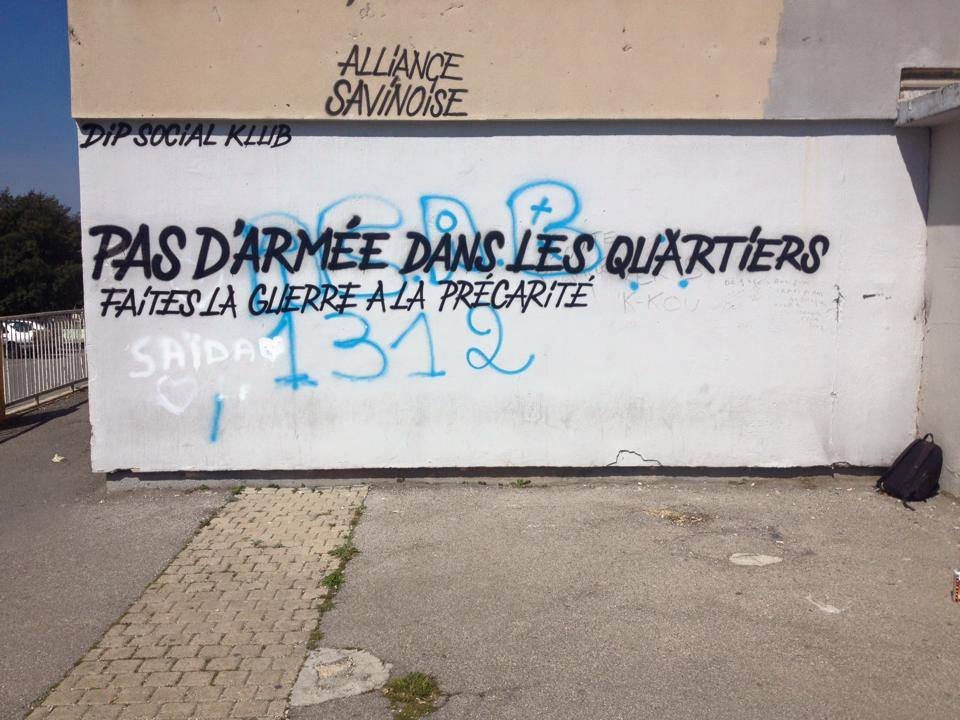 The censorship of the mural comes as part of an ongoing attack on Palestinian and solidarity activism in France, including an administrative tribunal to force the city of Stains to remove a banner in support of Palestinian prisoner Marwan Barghouti, and the accusation, trial and conviction of BDS activists calling for the boycott of Israeli goods due to the violation of Palestinian human rights on charges of “discrimination,” despite the fact that their actions target products. French Prime Minister Manuel Valls – who previously, as Interior Minister, intervened to reject Abdallah’s parole that had been approved by the French justice system – has repeatedly denounced Palestine solidarity and BDS organizing and threatened the power of the state to criminalize and suppress organizing.

On 8 March, at an International Women’s Day march, an activist was arrested and accused of promoting “hatred” for wearing a t-shirt calling for BDS.

These acts come simultaneously with the imposition of the “state of emergency” that has seen thousands of warrantless house searches, the militarization of communities, the imposition of house arrests on activists planning demonstrations, and closures of mosques and businesses, and the mass protests that have erupted following the proposal of a new labor law by the government of Valls and French president Francois Hollande that would roll back workers’ rights and impose a new regime of precarity on youth and students entering the workforce.

Over 1,000 people march in Lannemezan to demand the immediate release of Georges Abdallah