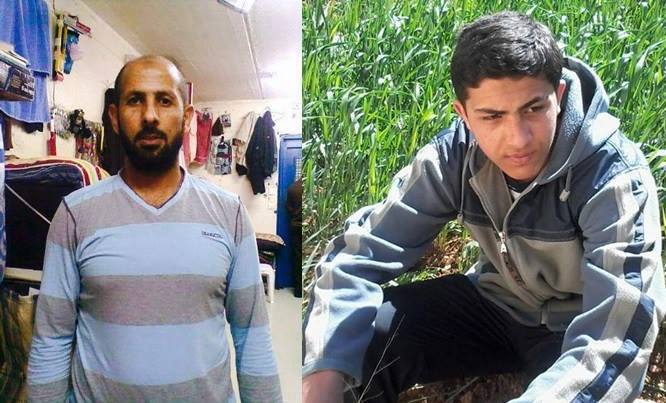 The following news and message was reported and translated by Palestinian writer Reham Alhelsi of A Voice from Palestine:

Mo’ayyad Hammad is a Palestinian detainee from Silwad sentenced to 7 life terms in Israeli prisons. When he was detained by the Israeli occupation forces, his son Hamza was 3 years old. After 12 years of separation, the Israeli occupation forces detained his son, the now 15-year-old Hamza Hammad, and ordered him to 6 months in administrative detention without charge or trial. Hamza is the youngest administrative detainee of the approximately 700 Palestinians held without charge or trial among 7000 Palestinian prisoners in Israeli jails.

Even behind bars, father and son have been prohibited from meeting. The following words were written by Mo’ayyad to his son Hamza:

“Son, Palestine remains great in front of all the sacrifices: the years wasted in jails, the ruins of the house that housed us and became stones and dust, even the body parts that have become rubble. Because Palestine is great; old and new, all of the sacrifices diminish before her, and we don’t say we made a sacrifice, but exactly the opposite, she is making the sacrifice for us and making us stand tall, and grants us our existence.”