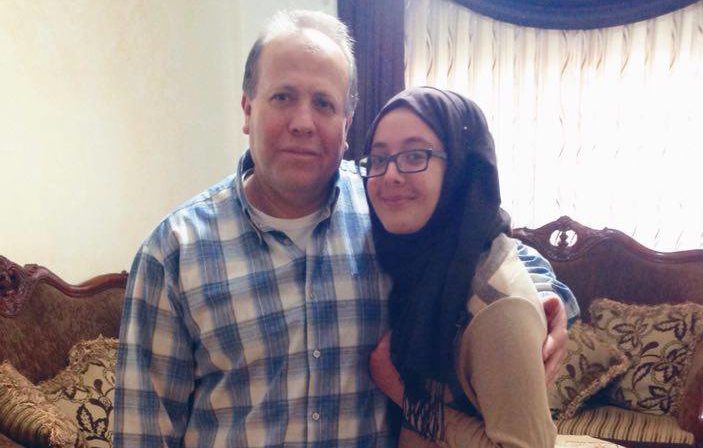 Mondoweiss published an interview with Duha Barghouthi, a high school student and the daughter of imprisoned Palestinian astrophysicist Imad Barghouthi, by Samidoun international coordinator Charlotte Kates. Barghouthi, 54, is a former employee of NASA in the United States and a professor at Al-Quds University. Scientists and academics around the world have called from his release from Israeli prison, where he is held under administrative detention without charge or trial:

“Imad is the source of love and kindness in our house. He is very joyful and he spreads positivity wherever he goes,” says Duha Barghouthi, 17, Imad’s daughter and a graduating high school student. “He used to help me – and my twin sister – in our homework and exams. Unfortunately, as seniors, we are in the middle of our final exams. Passing our exams without him next to us as we study and prepare has impacted us negatively.”

“My father teaches and plants concepts and ideas of freedom through education to his students, his children, and his colleagues,” Duha said, emphasizing her father’s commitment to Palestinian science….She urged international scientists to support her father’s case. “Scientists should be awarded, not imprisoned. I know there are already organizations that are concerned with such cases,” Duha said. “But I urge them to do more legally. My father isn’t the only scientist who has been persecuted by the Israeli occupation. There is a war on Palestinian education. I hope to see Israel held accountable for its cruel actions on an international level.”

She noted the work of organizations and prominent international academics, mathematicians and scientists who have spoken up to urge Barghouthi’s freedom. “My father is fortunate enough to have made an international reputation for himself academically. People all over the world are speaking up for him, but what he would like most is for people to speak up for all Palestinian prisoners.”