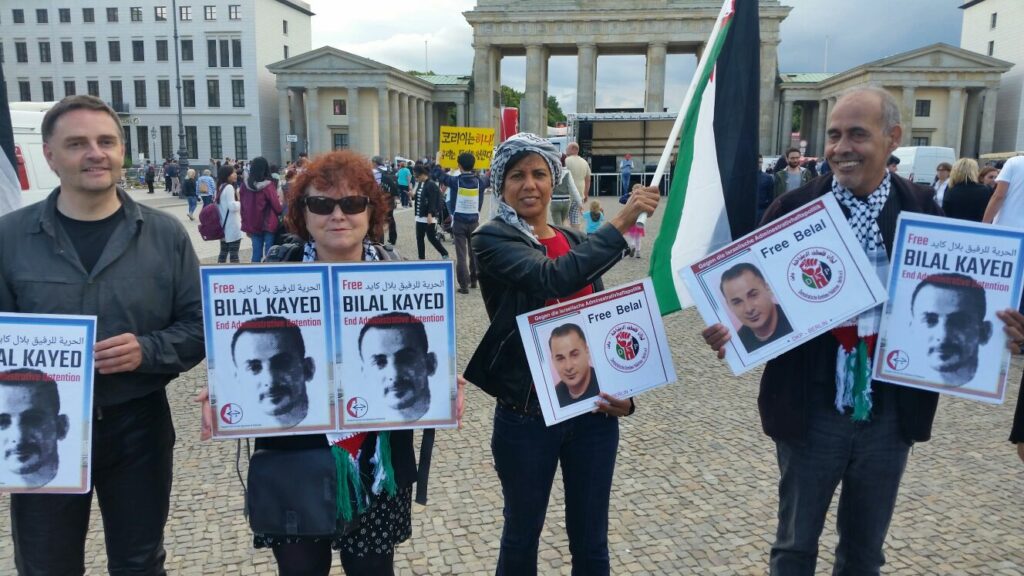 Gathering at the Brandenburg Gate, the Committees for a Democratic Palestine – along with participants from various Palestinian and solidarity organizations including BDS Berlin – urged freedom for Kayed, ordered on Monday, 13 June to six months in administrative detention without charge or trial immediately after the completion of his 14.5 year sentence. 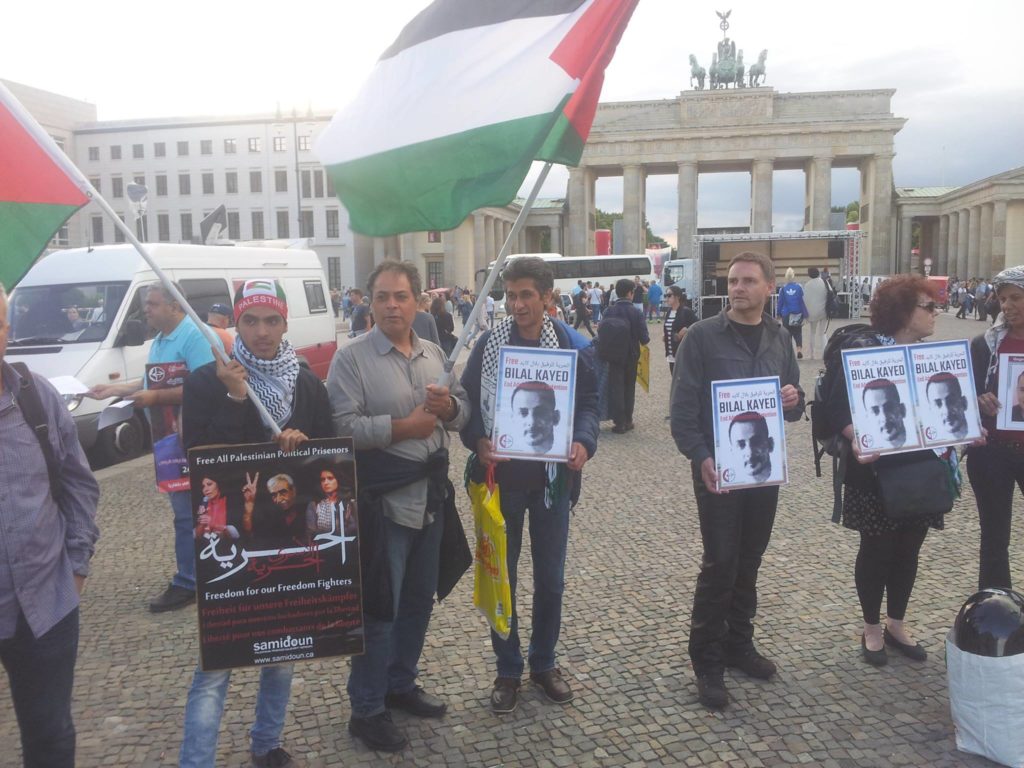 Kayed is now on an open hunger strike, while his comrades in the Popular Front for the Liberation of Palestine prison organization have announced an escalating series of strikes and protests inside the prison demanding freedom for Kayed. Prisoners from across all political affiliations have joined in the call for Kayed’s freedom, and view his case as an attempt to set a dangerous precedent for administratively detaining Palestinian prisoners after their stated release from lengthy sentences.

There are over 700 Palestinian prisoners held without charge or trial in administrative detention under indefinitely renewable one to six month orders. 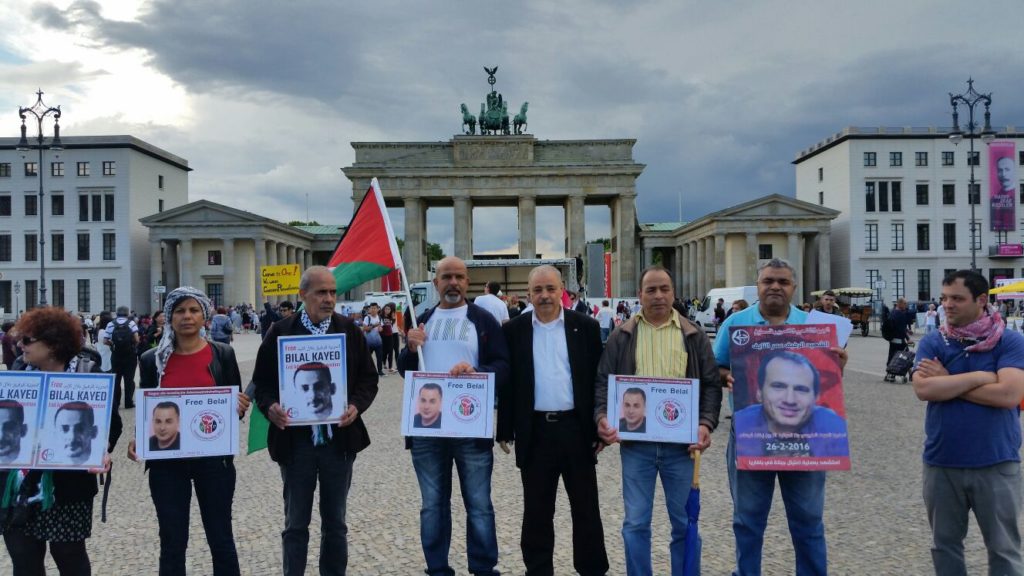 Over 100 Palestinian and international organizations have signed a call to action for 24-25 June – at the same time that hundreds of Palestinian prisoners will conduct a two-day hunger strike – urging action in Kayed’s case.