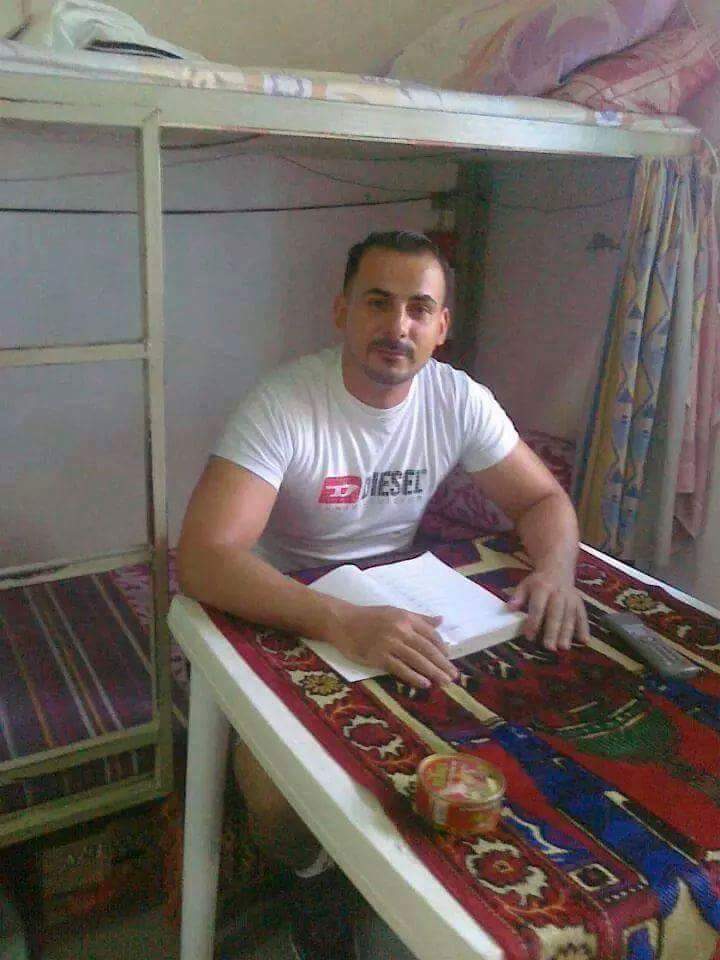 Palestinian prisoner Bilal Kayed, scheduled for release today after 14 and one-half years of imprisonment in Israeli jails, was suddenly ordered to six months in administrative detention, imprisonment without charge or trial, on the morning of 13 June.

Kayed, 34, from Asira al-Shamaliya near Nablus, has been repeatedly subject to family visit bans and solitary confinement while imprisoned. He participated in multiple hunger strikes, including in February of this year, protesting against his isolation in Ashkelon prison.

Before being transferred into isolation in Ashkelon, Kayed had been the representative of the prisoners of the Popular Front for the Liberation of Palestine, the leftist palestinian political party, in Megiddo prison. He was among dozens of prisoners transferred from Megiddo in September 2015 as part of a campaign of repression, including transfers, raids and attacks on prisoners.

Kayed has been imprisoned since 14 December 2001, at the age of 19. While in prison he worked extensively to develop his education and leadership among his fellow prisoners.

Kayed is now among 750 fellow Palestinians held in administrative detention without charge or trial. Administrative detention orders, issued in the name of the military commander of the Israeli occupation of the West Bank, are issued for one to six month periods on the basis of secret evidence, indefinitely renewable.

The administrative detention of Bilal Kayed is clearly an attempt to arbitrarily avoid releasing a Palestinian prisoner and struggler who has served over 14 years in Israeli prisons. From his teenage years, he has been known as an outstanding organizer and Palestinian youth leader. This illustrates once again the use of administrative detention as a method to target leaders in Palestinian community and society, as a systematic colonial practice meant to strip the Palestinian people of their strong organizers and to isolate emerging Palestinian leaders from the people. Samidoun Palestinian Prisoner Solidarity Network demands the immediate release of Bilal Kayed and all fellow Palestinian prisoners in Israeli jails and urges all friends of the Palestinian people to organize, protest and act to demand his freedom and that of 7,000 Palestinians behind bars.