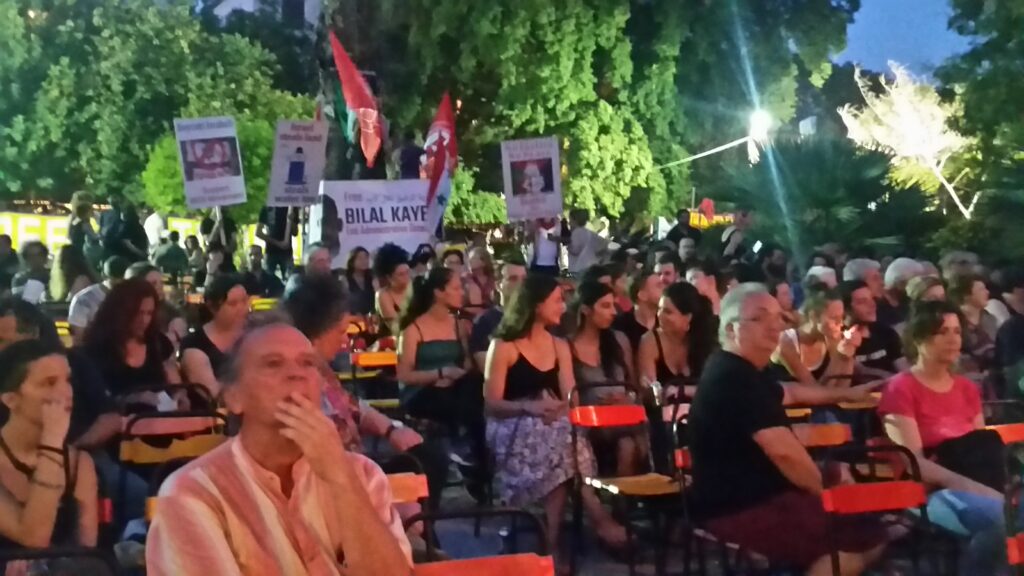 The Resistance Festival opened in Athens on Friday, 24 June, with strong support for Palestine and the call to free Bilal Kayed and all Palestinian prisoners. 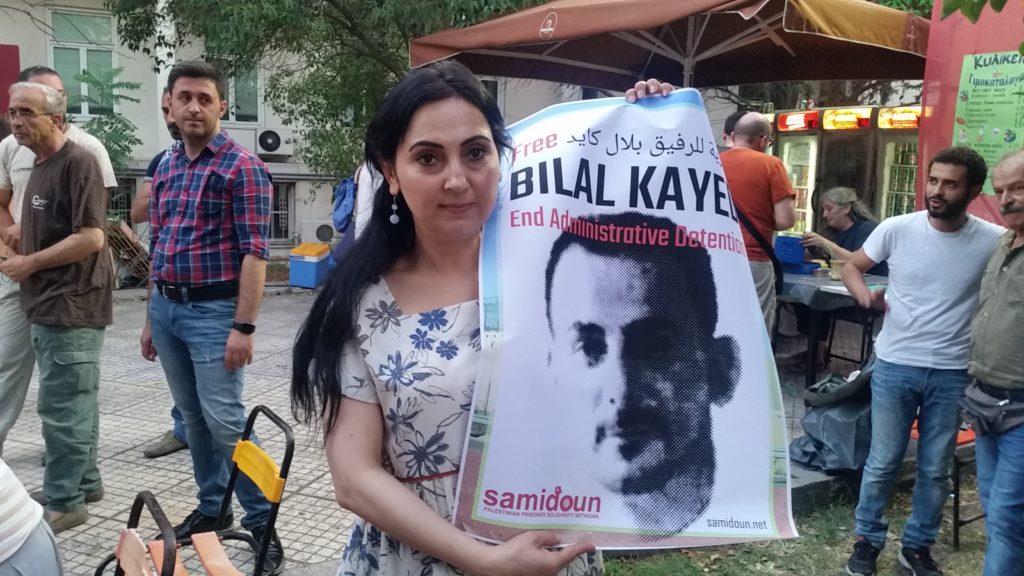 Before Leila Khaled’s arrival, the university faced strong pressure from the Israeli embassy and Zionist organizations to force the cancellation of the event; however, these attempts failed as hundreds of Greeks and international festival participants welcomed Khaled’s speech and participation. 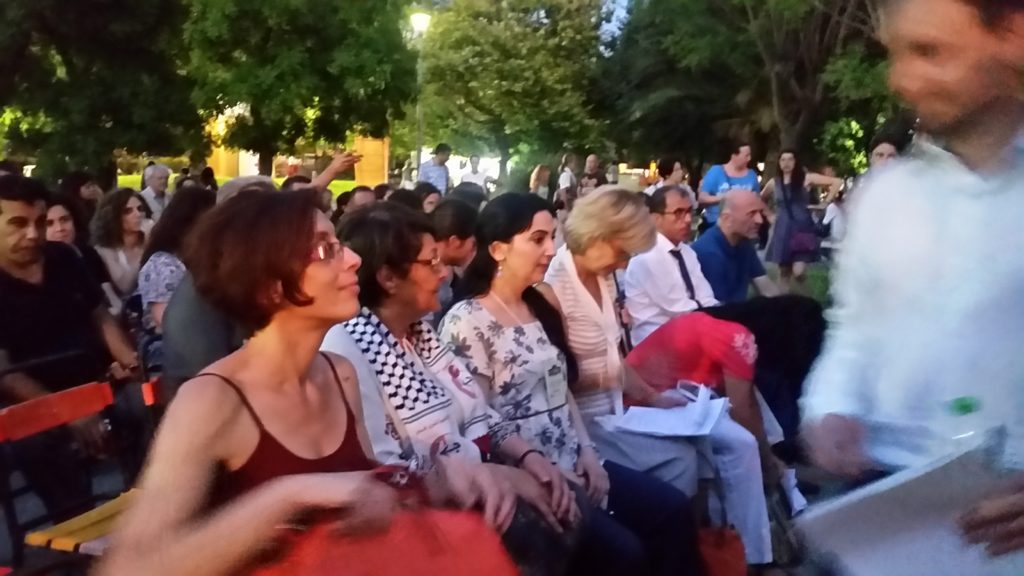 International guests and participants, including Yüksekdag, Santana, and Venezuelan ambassador to Greece Farid Fernandez, joined the call to free Bilal Kayed and the Samidoun delegation to the festival hung a large banner with the call for Kayed’s freedom. 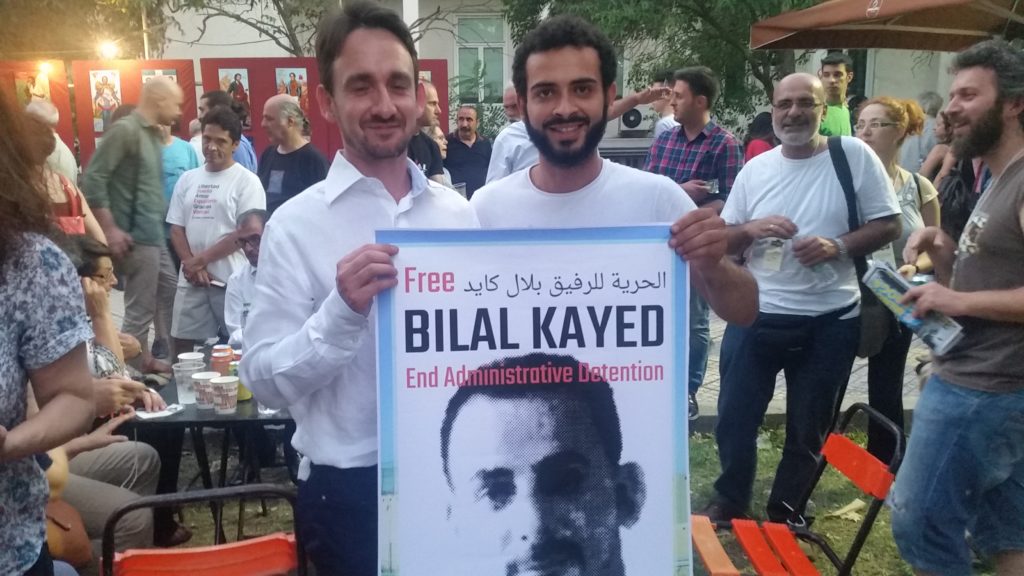 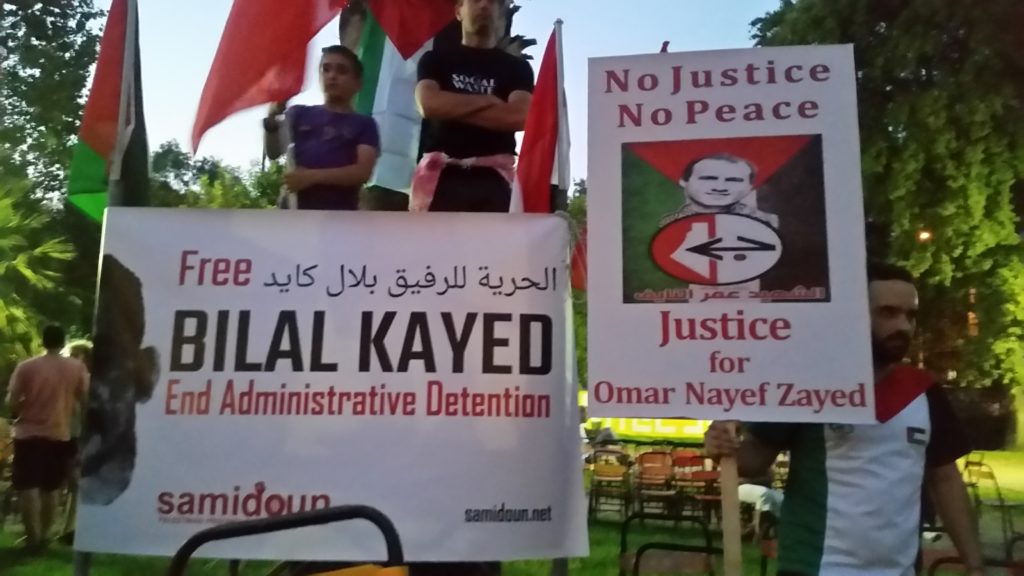 Leila Khaled highlighted the struggle of Palestinian political prisoners within the international context of the struggle against imperialism and reactionary regimes. She carried greetings to the festival from imprisoned Popular Front for the Liberation of Palestine general secretary Ahmad Sa’adat.

She particularly highlighted the case of Bilal Kayed, describing his imprisonment under administrative detention immediately following the scheduled expiration of his 14 1/2 year prison sentence, noting that Kayed’s PFLP comrades are currently engaged in a collective program of hunger strikes demanding his freedom, and that Kayed’s struggle is a point of mobilization for all Palestinian prisoners that needs the strongest level of international solidarity. 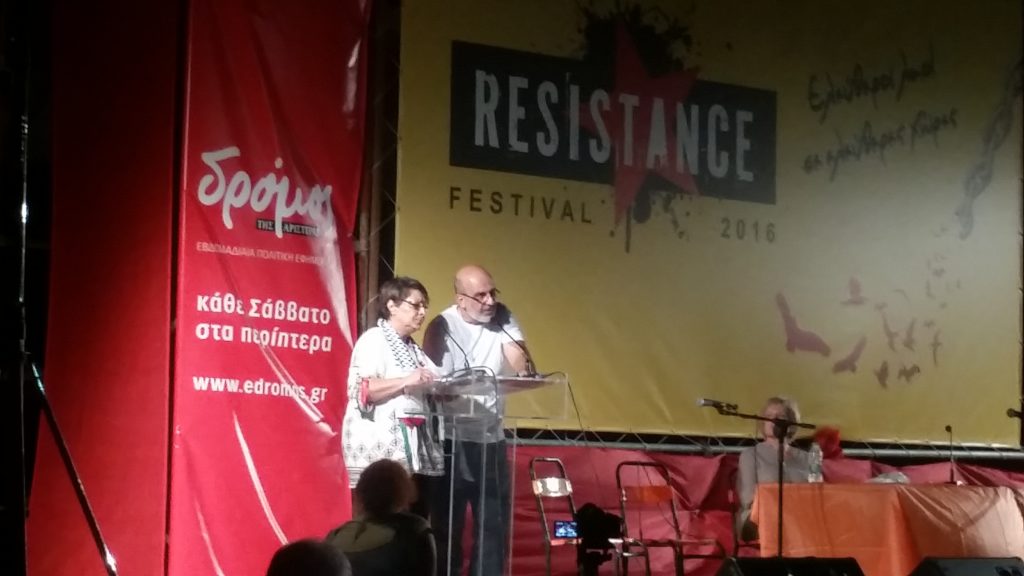 She called for the freedom of all political prisoners around the world, saluting the Puerto Rican, Turkish and Kurdish prisoners and revolutionary prisoners internationally.

Khaled also addressed the current Greek government’s rapprochement with Israel under Syriza, denouncing the government’s concessions to the European Commission, International Monetary Fund and big banks at the expense of the Greek people, as well as the government’s pursuit of a gas deal with Israel and the creation of pipelines and joint projects at the expense of the resources of the Palestinian people and the Greek people. She saluted the Greek popular support for Palestine as well as for current refugees from Syria and elsewhere, highlighting the warm and supportive role of the Greek people in supporting refugees’ rights, in contrast to the role of the government and the European powers in seeking to exclude, deport, and block the movement of migrants and refugees. 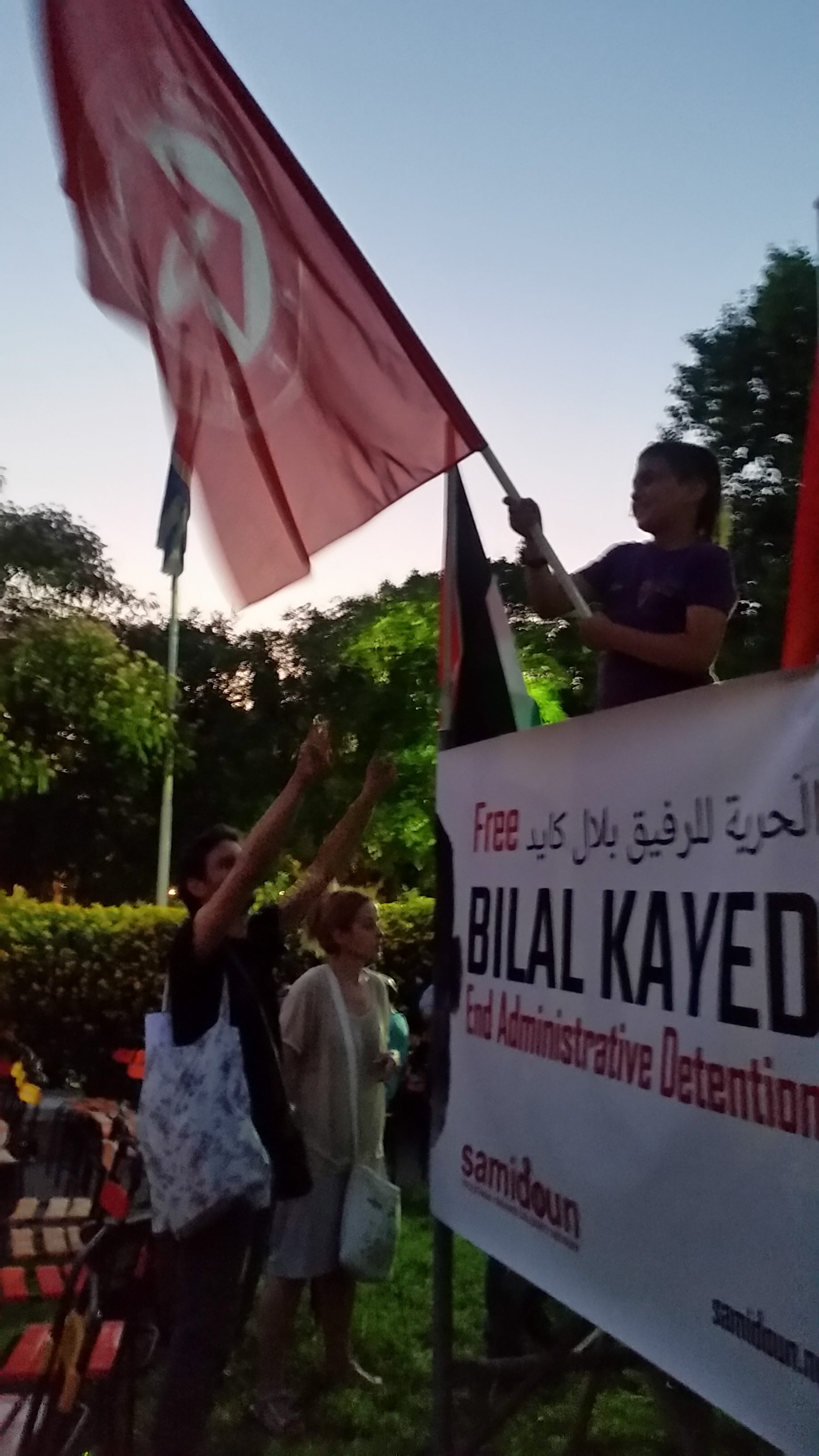 ]She urged the broadest support and participation in the BDS (boycott, divestment, sanctions) movement against the Israeli state and institutions, highlighting the potential gas deal as a key point of mobilization. She concluded, saluting the international resistance and noting that Palestinians had been struggling for 100 years, and would keep up the struggle until true freedom and liberation. 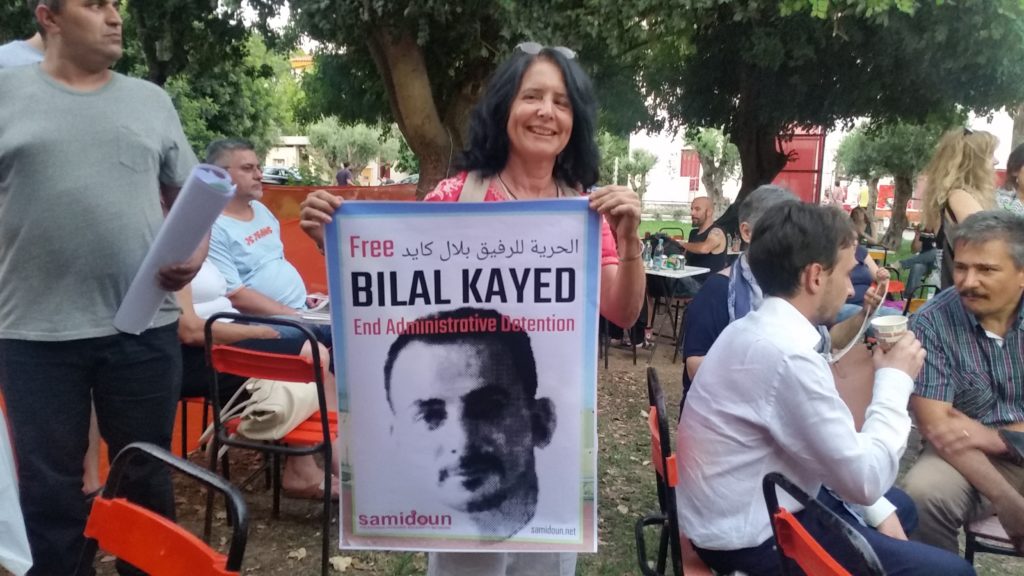 Leila Khaled’s autobiography, “My People Shall Live,” is being released in a new Greek-language edition at the festival; she will be signing books on Saturday and Sunday, 25 and 26 June at the Athens Agricultural University at 8:30 pm.