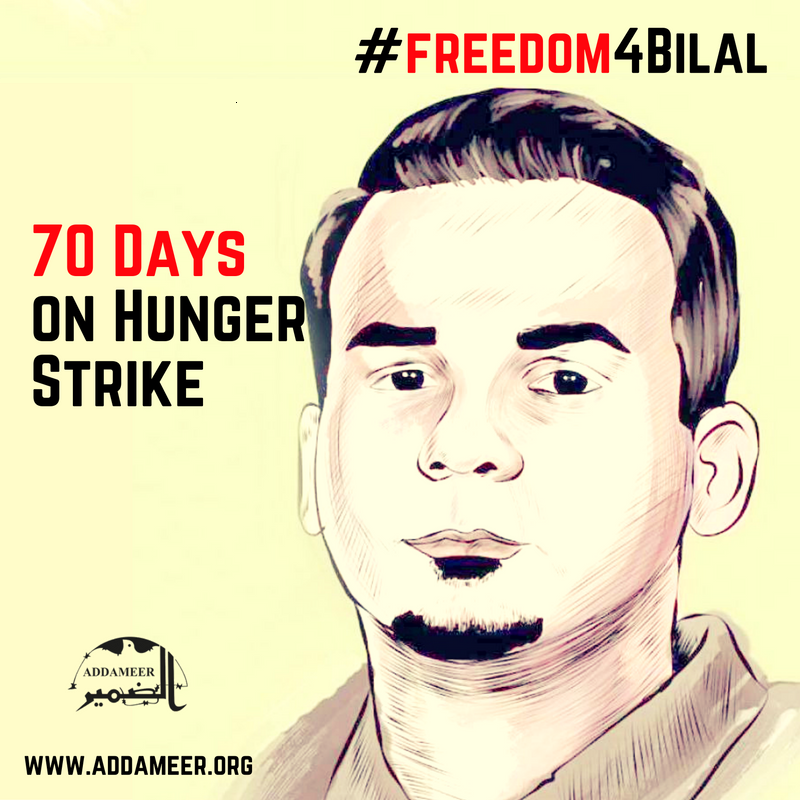 On his 70th day of hunger strike, Palestinian prisoner Bilal Kayed issued the following letter from his hospital bed in Barzilai hospital in Asqelan. Kayed, held under administrative detention without charge or trial following the completion of his 14.5-year sentence in Israeli prison, is conducting a hunger strike for freedom; the Israeli supreme court is currently hearing his appeal and will reconvene on the case on Thursday. The delay is particularly dangerous now for Kayed, whose strike has been joined by over 100 fellow Palestinian prisoners, as he finds it difficult to speak and suffers from extreme weakness and pain throughout his body. Kayed’s letter makes reference to Palestinian leader Abu Ali Mustafa, the General Secretary of the Popular Front for the Liberation of Palestine, who was assassinated by Israeli occupation forces in his Ramallah office with US-made weaponry on 27 August 2016.

To the Palestinian masses, proud and steadfast
To those who reject everything but to stand for rights, homeland, glory and pride…

In my 70th day of the battle of pride, steadfastness and challenge in which we struggle together for the proud victory of Palestine and the movement of struggle and for every revolutionary victory in the project of the liberation of the land. I extend my words to be present with you on these stands of honor and freedom, hoping though in my last hours, the body may be absent and the mind fading, but the spirit is still holding fast to its decision, which cannot be deterred by any force in the world. Either victory or victory. Victory is near, God willing, and we raise the signs of victory always and forever….

And I, my mother, I will remain on my promise, and to my proud people, don’t drop the sign of victory, my mother, until I am victorious with you and for you, and together we will be the body and the bridge on which liberators and revolutionaries can cross…

The heights are our goal, and martyrdom in it is washing our sins and failures to elevate our homeland. A new stage of struggle that will be victorious when we protect its banner with honesty. Don’t drop the banner, “We return to resist, not to compromise,” as uttered by the martyr Abu Ali Mustafa, whose memory is now present among us. 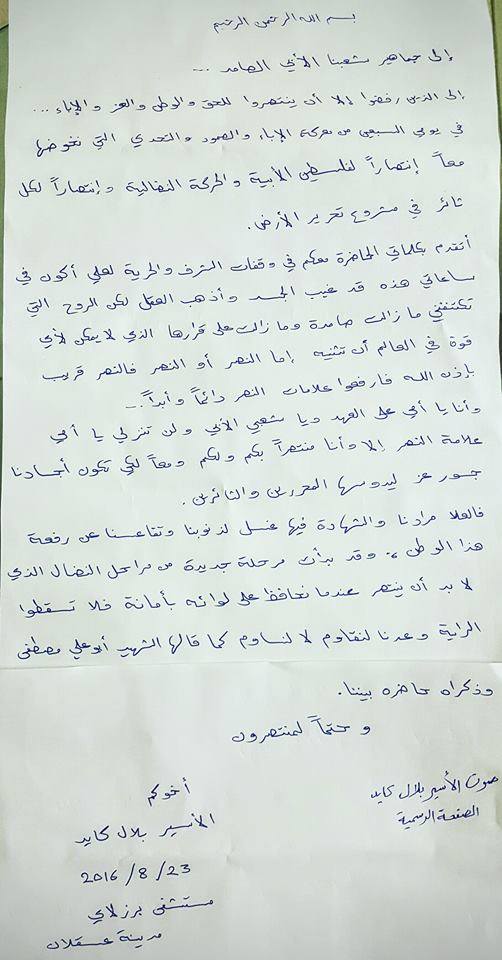