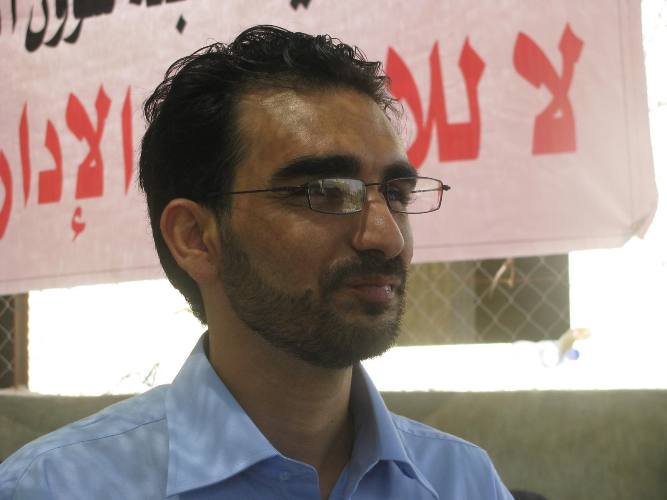 Additional negotiations between Palestinian lawyers and the Israeli prison administration will see long-term administrative detainee and former hunger striker Thaer Halahleh released in mid-October, reported Palestinian Prisoners’ Society lawyer Safiya Ahmed on Thursday, 29 September. Earlier in the day, it had been reported that a new three-month order was to be issued against Halahleh, which would be the final order. Ahmed affirmed that he will be released in mid-October after over two years imprisonment without charge or trial. Halahleh has spent nearly 12 years in Israeli prisons, with many years of that under administrative detention. During that time, he participated in several long-term hunger strikes.

44 Administrative detention orders were issued by Israeli occupation military orders on Wednesday, 28 September, 32 of them renewals of existing orders and 12 of them new orders. There are over 700 Palestinians held without charge or trial under administrative detention in Israeli jails; three Palestinians are currently on hunger strike against the policy, Anas Shadid, Ahmed Abu Farah and Omar al-Hih. Two more Palestinians, Jawad Jawarish and Maher Abyat, are on hunger strike against the arbitrary transfer of prisoners.

The Palestinians ordered to administrative detention are: