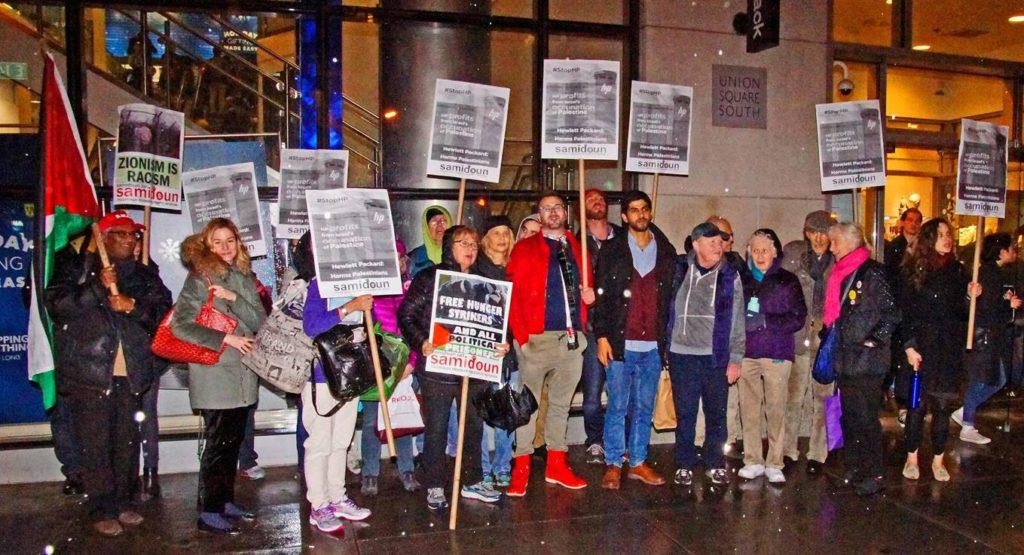 On the busiest shopping day of the year, protesters in New York City – hailing from Manhattan to Gaza – joined in the Black Friday kick-off of the International Week of Action against HP’s complicity with Israeli attacks on Palestinian rights, protesting outside Best Buy in Union Square. 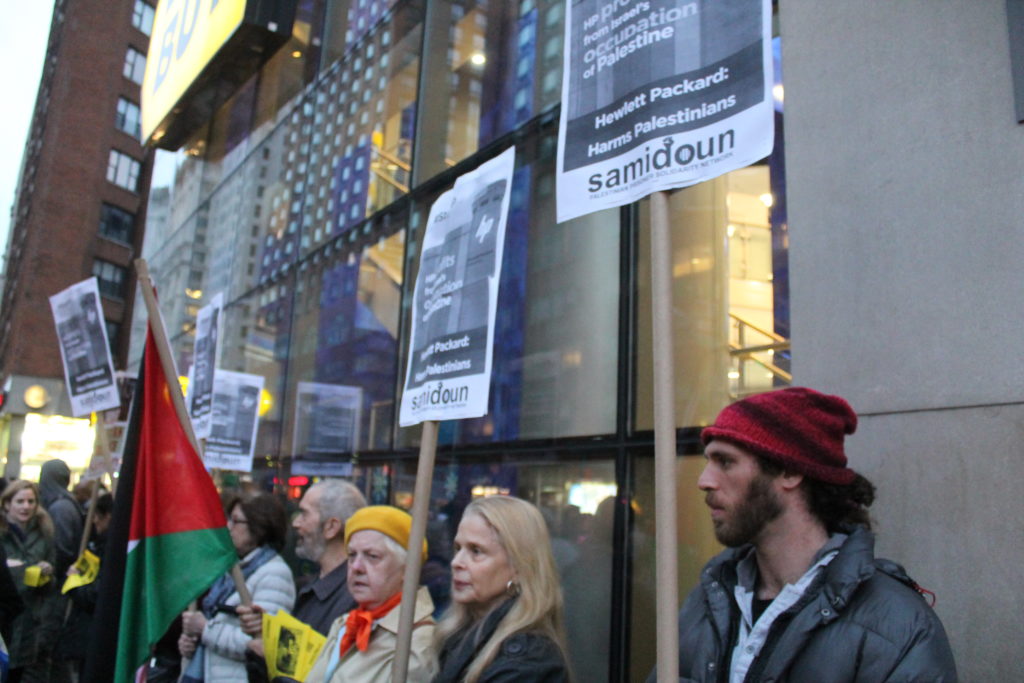 Samidoun Palestinian Prisoner Solidarity Network organized the protest, which highlighted HP’s role in providing servers and management systems to the Israel Prison Service that imprisons over 7,000 Palestinian political prisoners. Hewlett Packard is also involved in providing imaging equipment for Israeli checkpoints and ID cards, enabling the siege of Gaza, providing services to Israeli settlements, and supporting other occupation infrastructure. The New York City event is one of over 99 protests around the world between 25 November and 3 December demanding a boycott of HP and an end to HP’s involvement in deportations, incarceration and oppression in Palestine, the United States and around the world. These protests were organized in response to a call from the International Boycott HP Coalition and the Palestinian Boycott, Divestment and Sanctions National Committee (BNC). 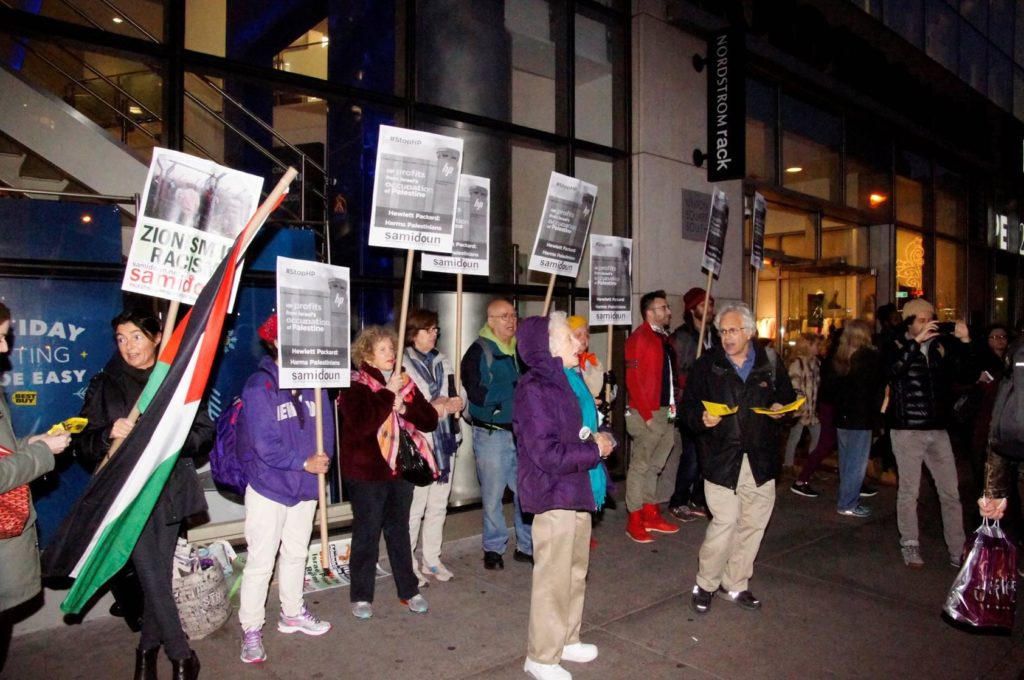 Reaching out to Best Buy shoppers on Black Friday with materials and information about HP’s role in human rights violations, protesters faced the rain for several hours to spread the word about Hewlett Packard’s involvement in the oppression of Palestinians. 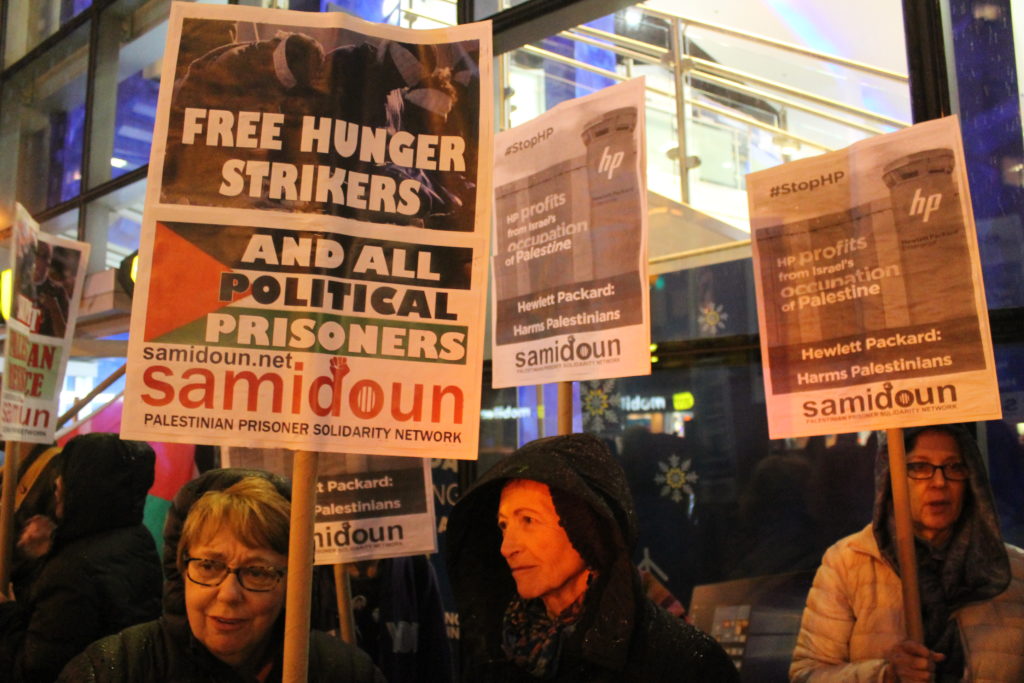 Several Zionist counter-protesters, including one person dressed in an Israeli military uniform, repeatedly heckled the protesters and attempted, yet failed, to provoke confrontations. Throughout the protest, demonstrators chanted loudly against HP and its complicity in the occupation of Palestine, urging shoppers to boycott Hewlett Packard technology products. A wide range of activists, groups and writers concerned with Palestine participated in the demonstration, while a group of youth from a video training class organized by Picture the Struggle interviewed participants. Picture the Struggle works to document justice movements, including the Black movement, in New York City, through video, photography and audio recording. 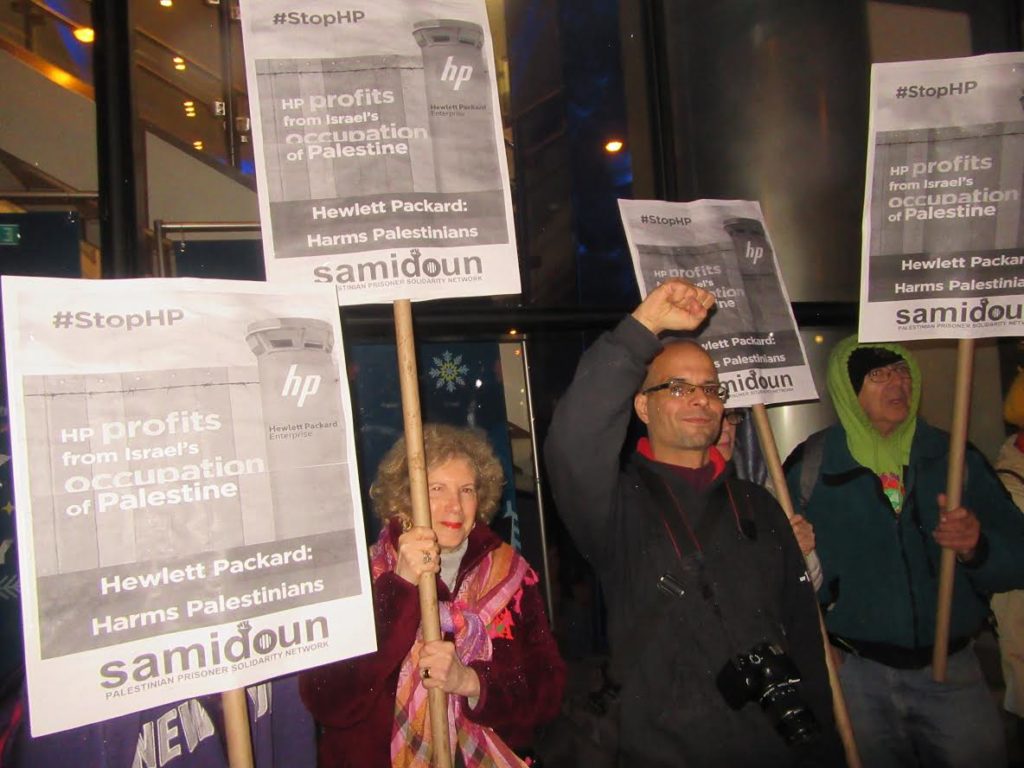 Samidoun is planning to join and encourages all to attend the protest on Monday, 28 November in New York City in solidarity with Rasmea Odeh, former Palestinian prisoner and torture survivor facing persecution in the United States. A major hearing in her case to determine the entry of evidence relating to her PTSD after torture will take place on 29 November in Detroit, which is also the International Day of Solidarity with the Palestinian People. The Rasmea Defense Committee is organizing protests and buses to Detroit to support Odeh, while protests are taking place in Tampa, Tucson, Fort Lauderdale, Salt Lake City and elsewhere to demand justice for Rasmea. In New York City, protesters will gather at Zuccotti Park at Liberty Street and Broadway at 3:30 pm on Monday. 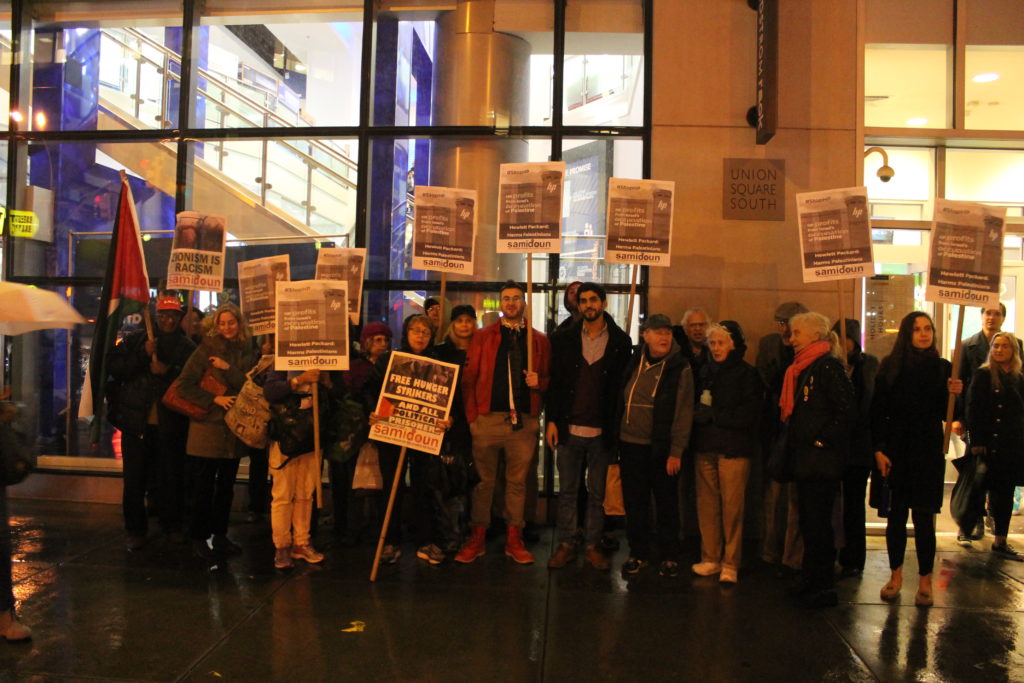