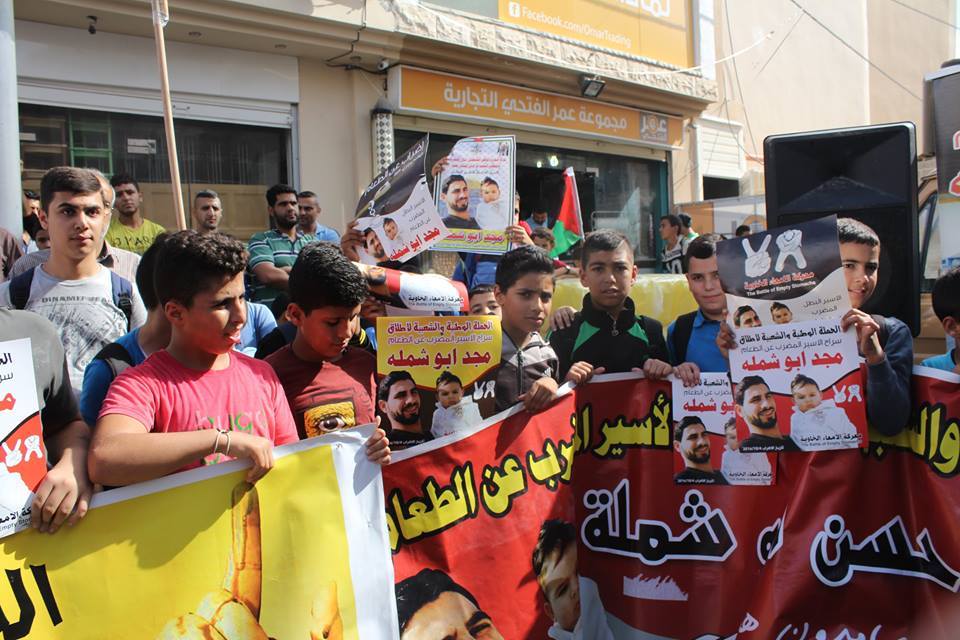 The prisoners’ affairs institutions stated that 554 Palestinians were arrested in October 2016 in the West Bank and Gaza Strip, including 130 children and 11 women, including one minor girl.

During this time, 216 arrests took place in Jerusalem governorate, including 91 children, a high rate marking an escalation over the past several months. The second highest number of arrests was found in al-Khalil with 60 arrests, followed by 54 arrests in Nablus, 48 arrests in Bethlehem, 30 in Jenin, 27 in Ramallah and El-Bireh, 26 in Tulkarem, 23 in Qalqilya, nine in Tubas, eight in Jericho, four in Salfit and four from the Gaza Strip.

Israeli occupation forces continued their policy of arbitrary detention against the civilian population in the Gaza Strip, in dereliction of clear legal obligations under international humanitarian law and human rights law, as Palestinians continue to be held by occupation forces without charges and proper legal procedures are not followed for arrests. Moreover, there are systematic violations of fair trial rights as laid out in international standards and instruments, including depriving Palestinian detainees of their right to access information about their own case, including the reasons for their detention, and the right to legal counsel before trial. Contact with lawyers can be prohibited by the occupation state for over 21 days. This comes in addition to denying their right to communicate with the outside world, especially for the detainee to inform a third party of their arrest and detention. In addition, the occupying power routinely uses excessive force during arrest operations, as in the exposure of Palestinian fishermen at sea to heavy gunfire with no reason and in violation of the code of conduct for law enforcement of 1979. The Israeli practices against the civilian population of the Gaza Strip amount to the crimes of torture and cruel, inhumane and degrading treatment, and causes the multiplication of human suffering.

In addition, the institutions noted that three incidents took place in October resulting in the arrest of four Palestinians, including two fishermen arrested at sea and two traders arrested at the Beit Hanoun/Erez crossing.

Battle of the Empty Stomachs

At the end of October, eight prisoners were engaged in an open hunger strike, in protest of administrative detention, isolation and the denial of family visits to Palestinian prisoners. The prisoners Majd Abu Shamla, Hasan Rubayah, Anas Shadid, Ahmad Abu Fara, Musab Manasra and Ahmad Salatna are on strike against administrative detention, while Samer Issawi and Munther Snobar are demanding that prisoners be transferred to locations near the military courts, and an end to medical neglect and the denial of family visits.

The prisoners Jawad Jawarish, Maher Abayat, Yousef Abu Saeed, Majed Owaidat and Mohammed Khattab, who were on strike against isolation and mistreatment, ended their hunger strikes with transfer to regular prison sections.

After the release decision: Renewal of administrative detention of Shaher al-Rai

For example, the case of the prisoner Shaher al-Rai, 46, from the city of Qalqilya. He has been detained administratively since 3 June 2015, when a detention order was issued against him for six months. His detention has been renewed repeatedly and immediately since that time. On the date of 25 October, his last detention order expired and had not been renewed. The prison administration in the Negev prison told him to prepare for release; he gathered his belonging and informed his fellow prisoners that he was being release. He left his prison section to complete release procedures, and was then informed of yet another decision to renew his administrative detention.

Said Manal al-Rai, the wife of Shaher, in an interview with the prisoners’ affairs institution, that the family received the news that his detention had been extended while they were on the way to the checkpoint near al-Khalil to receive him. She added that the news shocked his family as they had prepared to receive him after his absence of over a year in the occupation prisons and said that their son Kanaan, 5, has not stopped crying since the news was received.

Al-Rai has spent nearly 20 years away from his family due to imprisonment and being “wanted”, and Manal said that “We were married 25 years ago but have lived only five years together.” Al-Rai’s case is among dozens that have been similarly impacted by this policy.