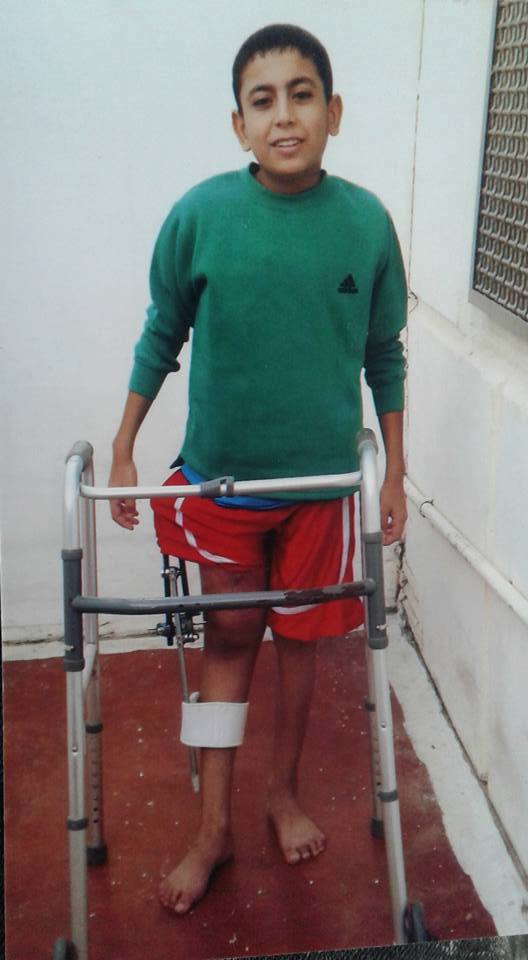 Wounded Palestinian child prisoner Osama Zeidat, 15, from the town of Bani Naim near al-Khalil, is facing another painful operation on his leg and foot following his shooting by Israeli occupation forces. Zeidat’s mother told Asra Media that a prison doctor at the Ramle prison clinic informed Osama that an operation that had been performed on his leg was unsuccessful and that he needs a new surgery and procedure.

Osama’s mother said that the cause of the failure was medical neglect in the Ramle clinic, to which Osama was moved following the original operation in Shaare Tzedek hospital.

Osama was shot in the foot, back, and leg by Israeli occupation soldiers on 23 September and accused of attempting to attack settlers in the Kiryat Arba colony, despite being the only person injured. He was held in Shaare Tzedek hospital for 18 days and several surgeries, during which time he was denied family visits. He was then moved to the Ramle prison clinic with the most severely ill Palestinian prisoners.

On several occasions, military court hearings in his case have been cancelled or postponed after he was not transported due to the severity of his injury. He was once brought to the military court on 1 November shackled to a hospital bed. His family have urged that he receive proper medical treatment so that he can be transferred to Ofer with other child prisoners or better, freed.

On Wednesday, 28 December, a military court held a hearing in Osama’s case and the next hearing was set for 23 January 2017 following disparate accounts of the events given by soldiers in the court.