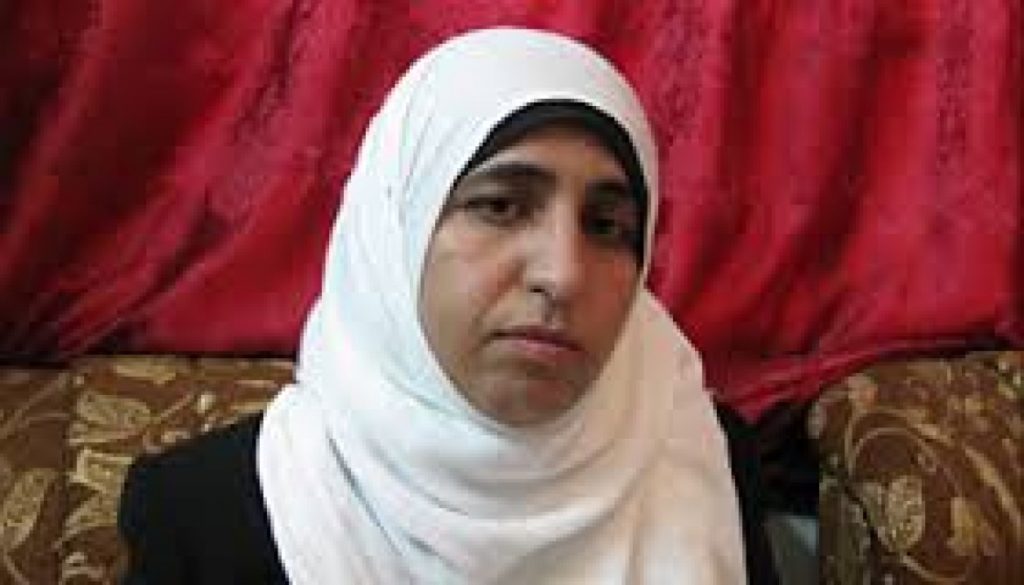 Former Palestinian prisoner Ihsan Dababseh was summoned to interrogation by Israeli occupation forces on Sunday, 19 February as they stormed her home in the dawn hours. The family home of Dababseh, 30, from Nuba near al-Khalil, was ransacked and their belongings torn apart by invading soldiers.

Dababseh was released after 21 months in Israeli prison on 10 July 2016; she had been imprisoned since 13 October 2014 on charges of membership in a prohibited organization, in her case the Palestinian Islamic Jihad movement. She previously spent two years in Israeli prison from 2007 to 2009 on similar charges. All major Palestinian political parties are labeled prohibited organizations by the Israeli occupation. During her imprisonment she had been isolated with four other Palestinian women as punishment for raising the Palestinian flag on the anniversary of the Nakba.

In 2014, Reham Alhelsi reported, “Israeli occupation soldiers raided her house several times, sent her 4 summons and threatened to blow up her house of she didn’t come to interrogation center. She went with her mother to detention center and was detained and her personal computer was confiscated, while her mother told to leave.”

During her prior arrest from 2007 to 2009, the Israeli occupation soldiers who had arrested and blindfolded her made a video of themselves dancing around her as she was blindfolded and held against the wall, which they distributed.

On Saturday, 18 February, Israeli occupation forces stormed the home of Jihad Irshaid, the father of two Palestinians killed by Israeli forces, Uday Irshaid and Dania Irshaid, and demanded that he turn himself over for interrogation, as they also invaded the campus library of the Palestine Polytechnic University in al-Khalil, confiscating computers, files and other devices.