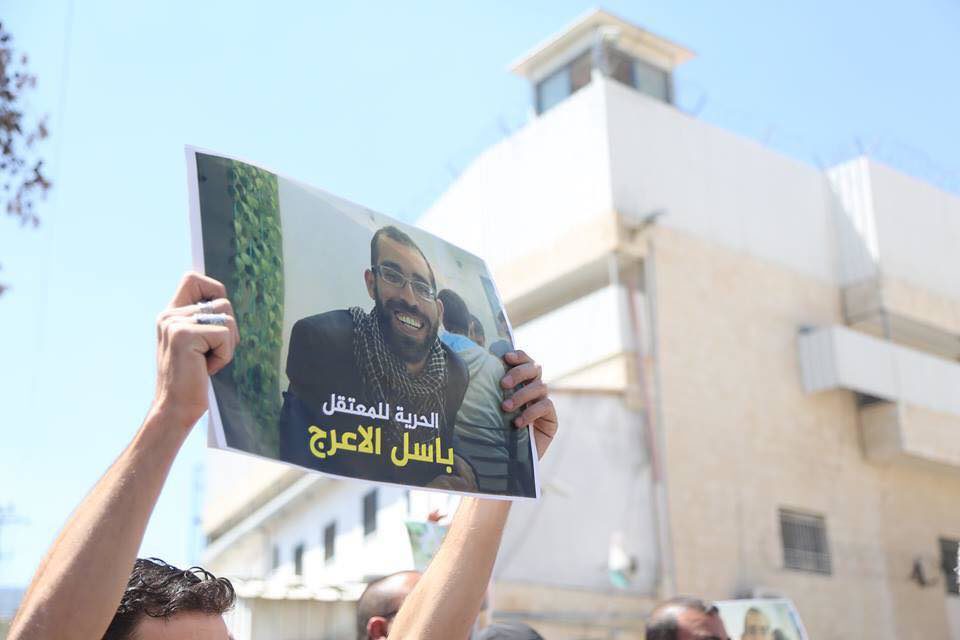 As Palestinians in Palestine and in exile and diaspora organize in protest of the Israeli assassination of Basil al-Araj and Palestinian Authority security coordination, Israeli occupation forces continue to refuse to return al-Araj’s body to his family.

On Friday, 10 March, the Palestinian Red Crescent Society noted that the handover of his body had been “postponed until further notice” after Israeli officials had earlier stated he would be returned to his family on Friday for his funeral. Al-Araj was shot down in a hail of bullets by occupation forces who invaded the home in El-Bireh where he was staying. Al-Araj, 31, was a prominent Palestinian youth leader, thinker and intellectual.

The killing of Al-Araj has also highlighted the ongoing issue of Palestinian Authority security coordination with Israeli occupation forces. He and five of his friends and comrades were imprisoned by the Palestinian Authority for months without charge after PA President Mahmoud Abbas boasted of their arrest and the value of PA security coordination with the Israeli occupation. After a hunger strike and widespread support, they were released from PA prison; however, they were then pursued by the Israeli occupation. Four of al-Araj’s fellow hunger strikers, Mohammed al-Salameen, Seif al-Idrissi, Haitham Siyaj and Mohammed Harb, are currently imprisoned without charge or trial under Israeli administrative detention.

Protests being planned for 12 and 13 March outside Palestinian Authority institutions and embassies include those in New York, Washington DC, London, Berlin, Vienna and Rabat. Additional actions are being organized by diverse Palestinian organizations and groups and will be added to the list below: