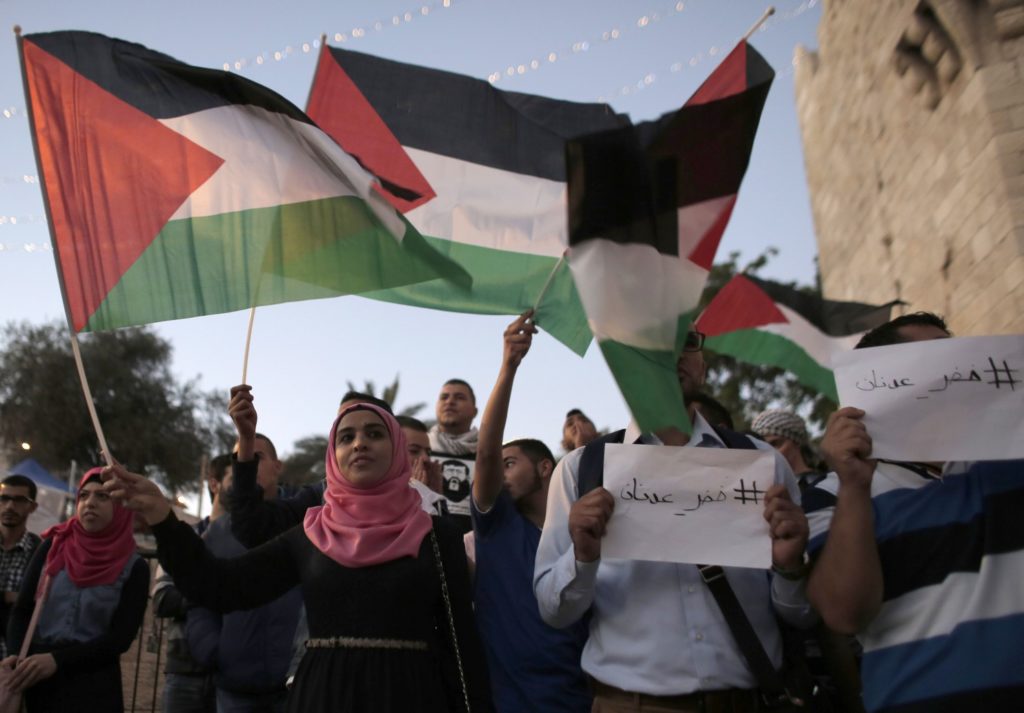 Israeli Minister of Public Security Gilad Erdan – who also leads the Israeli occupation’s anti-BDS efforts, in addition to overseeing the Israeli national police, prison and security agencies responsible for the killing, torture and imprisonment of thousands of Palestinians – announced on 5 April via Channel 2 that hunger-striking prisoners will be moved to the Negev desert prison where a field hospital will be established.

Erdan announced this action in advance of the large hunger strike announced to begin on 17 April by Fateh prisoners. According to Asra Voice, Channel 2 reported that this step is meant to keep hunger-striking Palestinian prisoners out of Israeli hospitals, where their presence has sparked protest and solidarity actions throughout occupied Palestine ’48.

In addition, it should be noted that traditional Israeli hospitals have so far refused to engage in force-feeding through the use of a nasogastric tube against Palestinian hunger strikers in recent years (although a recent High Court decision has once again “legitimized” the torturous and unethical practice), although they have engaged in multiple occasions in forcible treatment of Palestinian prisoners including the forced administration of nutrition, which is also a clear violation of medical ethics principles. It is highly possible that this “field hospital” is an attempt to impose mass force feeding on striking Palestinian prisoners outside the civilian medical framework. Erdan, who was one of the proponents of 2015’s “Law to Prevent Harm Caused by Hunger Strikers,” has compared Palestinian prisoners on hunger strike for their rights to “terrorists.”

Erdan’s announcement came as the Palestinian prisoners’ movement continues to discuss plans for the announced 17 April strike. Originally discussed by prisoners from all political organizations in Israeli prisons, in March, Fateh prisoners announced their demands and their plans to strike on 17 April in a statement from imprisoned Fateh leader Marwan Barghouthi. In some prisons, including Gilboa and Hadarim, where the large majority of prisoners are Fateh prisoners, Palestinian prisoners across factional lines have announced they will participate in the strike.

Demands of the strike include a strong focus on family visits, including the denial of family visits to Palestinian prisoners by various Israeli agencies, including the Israel Prison Service and the Shin Bet, as well as the cuts to these visits implemented by the International Committee of the Red Cross. In addition, prisoners’ demands also focus on achieving proper medical treatment for sick prisoners, an end to the abuse of prisoners during transfer via the “bosta” and an end to solitary confinement and administrative detention.

However, the prison branch of the Popular Front for the Liberation of Palestine said that it greeted the announcement with “appreciation and high regard for the declaration of the brother, struggler and Fateh leader Marwan Barghouthi and a group of Fateh prisoners to launch a strike on 17 April,” the strike was not launched as a collective and unified step with the participation and voice of all political forces. It urged that national and collective actions should be organized to strengthen unity, built on a national consensus of the prisoners’ movement and involve all factions; the statement declared that the PFLP prisoners are not officially participating in the strike, but that PFLP prisoners in joint sections with Fateh prisoners will join in the strike.

The Palestinian Prisoners’ Center for Studies reported that the prisoners’ movement is carrying out intense discussions within all the Israeli prisons to identify priorities and work to build success for the prisoners’ struggles, including the 17 April strike, particularly in light of attempts to suppress prisoner organizing like Erdan’s “field hospital” plans.