At least nine Palestinians were seized by Israeli occupation forces overnight or in pre-dawn raids on Sunday, 21 May 2017. Among these Palestinians include several prominent activists, community leaders and former prisoners, some who have been highly active in the public actions in support of Palestinian prisoners on hunger strike since 17 April. Nasser Abu Khdeir, Jerusalemite community leader and former prisoner; Eteraf Rimawi, director of the Bisan Center for Research and Development; and Abdul Razeq Farraj, the administrative and financial director of the Union of Agricultural Work Committees, were all seized by Israeli occupation forces in overnight attacks. 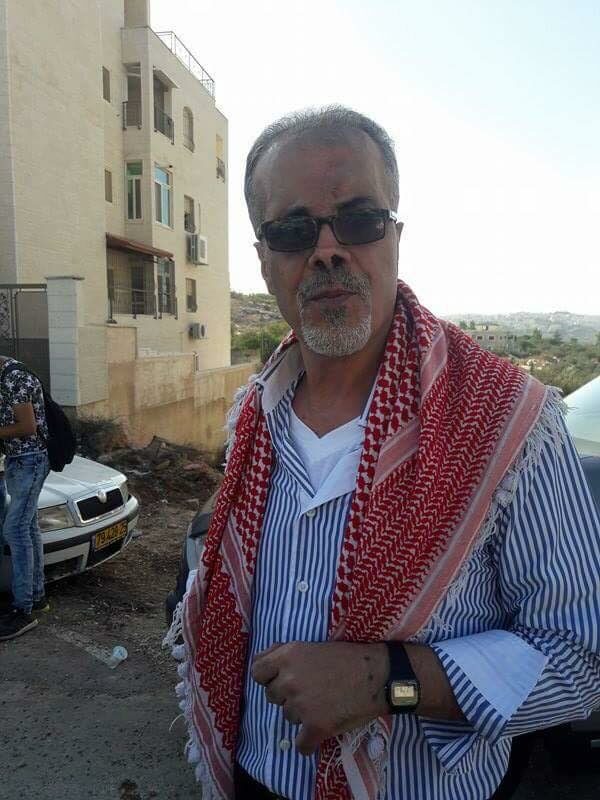 Nasser Abu Khdeir, 55, was just released from Israeli prison after serving five and one-half years in October 2016. He has spent over 15 years in Israeli prisons over multiple arrests and is very active in popular and community organizing in Jerusalem. He has recently been prominent in the prisoner support tents and protests in support of the hunger strike launched by 1500 Palestinian prisoners on 17 April 2017. During his own time in prison he participated in multiple collective hunger strikes and protests, including the 2011 hunger strike against isolation, the 2012 Karameh strike and the 2016 strike in solidarity with Bilal Kayed’s 71-day hunger strike. 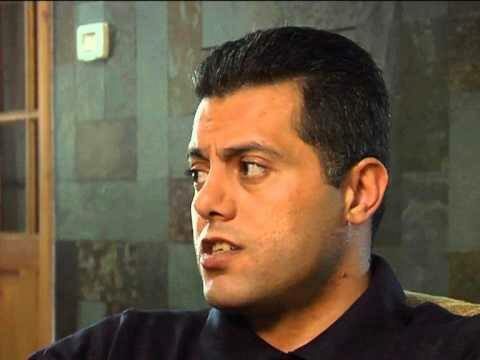 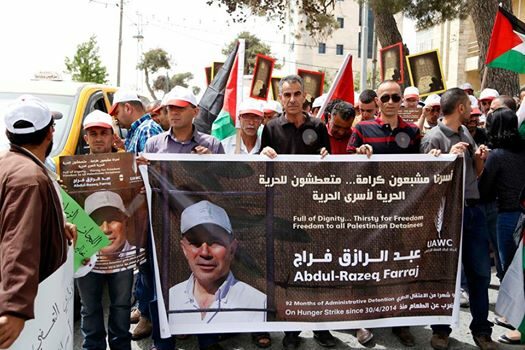 Abdul Razeq Farraj, 55, is a writer and journalist who is also the administrative and financial director of the Union of Agricultural Work Committees, an internationally-recognized land defense organization that won the United Nations Equator Prize and is a memer of the Via Campesina network of international peasants’ organizations. He has spent over 12 years in Israeli prisons, many of them held without charge or trial under administrative detention. His son Basil has written on multiple occasions about his experience of forced separation from his father, as well as the vision and political framework of Palestinian prisoners’ hunger strikes in Israeli jails.

Samidoun Palestinian Prisoner Solidarity Network demands the immediate release of Nasser Abu Khdeir, Eteraf Rimawi, Abdul Razeq Farraj and all Palestinian prisoners in Israeli jails! We urge people around the world to join us in protesting for the immediate release of these human rights defenders and community leaders as well as the implementation of the demands of the over 1500 Palestinian prisoners who have gone on hunger strike for freedom and dignity.